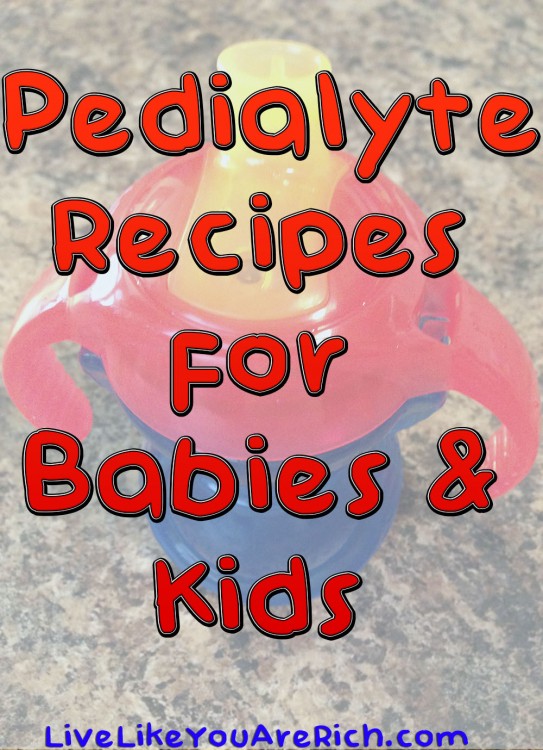 Recently my son got the flu. He couldn’t keep anything down until I put him strictly on Pedialyte. I had tried coconut water  multiple times but he wouldn’t drink it plain. Coconut water (not to be mistaken for coconut milk) is a much healthier electrolyte replacement than Pedialyte and safe for babies and kids. It has a variety of vitamins and minerals and comes straight from the center of a coconut. It is easier to absorb in the body as well.

I couldn’t believe how expensive it got buying bottle after bottle of Pedialyte (even the generic brands are pricey). I wanted to create a cheaper version of it, so I concocted a few different recipes. The first recipe he didn’t love because crazy enough my son doesn’t like juice all that well. He would take a sip here and there but wouldn’t really drink it.

The second recipe he will guzzle right down because I added MiO Liquid Water Enhancer which makes it taste very similar to Pedialyte. MiO Liquid Water Enhancer can be found at your local grocery store in the section with drink flavorings such as Crystal Light and Country Time Lemonade mix. It is new and becoming a popular drink flavoring item that people use mainly in water to entice them to drink more. It runs about 3.00 a bottle and will make anywhere from 24-48 bottles/glasses of ‘homemade Pedialyte’ depending on how much you use and how big the bottle or sippy cup is. Make sure to get the original or fit varieties (do not use MiO energy as it contains caffeine). 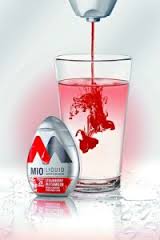 Both recipes take less than 1 minute to make. They also have more electrolytes, potassium and magnesium than Pedialyte (because of the coconut water) and are cheaper to make (if you get the coconut water at Costco in bulk).

Right now at Costco VitaCoco coconut water is on sale with a coupon for $14.99 for 6 L. Using my second recipe each Liter will cost you $2.39 compared to the $6.50+ you would pay for Pedialyte at most grocery stores. Pedialyte is more than double what this recipe costs. 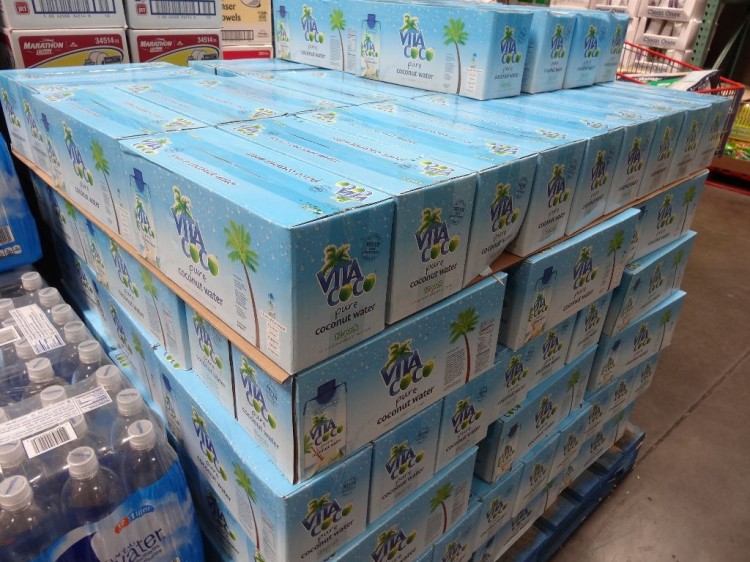 I realize that Pedialyte is not the healthiest drink out there (most have artificial sweeteners and even dyes). This is why I was trying to get my son to drink coconut water.  So, if your children will drink straight coconut water that is always the best way to go. But if they won’t drink it and they are sick, have diarrhea, or sweat a lot these are two great options for electrolyte replacement drinks.

I’d recommend the first because its the healthier of the two, but if your baby/child won’t drink it (like mine) you could try the second. UPDATE: Since writing this my son got sick again. I ran out of the MiO Liquid Water Enhancer and couldn’t get to the store immediately so I tried using the juice recipe and he will drink it now even though he still doesn’t like juice. Perhaps he has begun to take to the coconut water. Kids are unpredictable. Either way he loves both recipes and will guzzle both down.

Recipe 1
Fill a bottle 3/4 full of Coconut Water
Fill the bottle to the top (1/4th) of child’s favorite juice
Put the lid on the bottle and shake to mix it. Now you have your own homemade healthier version of Pedialyte. 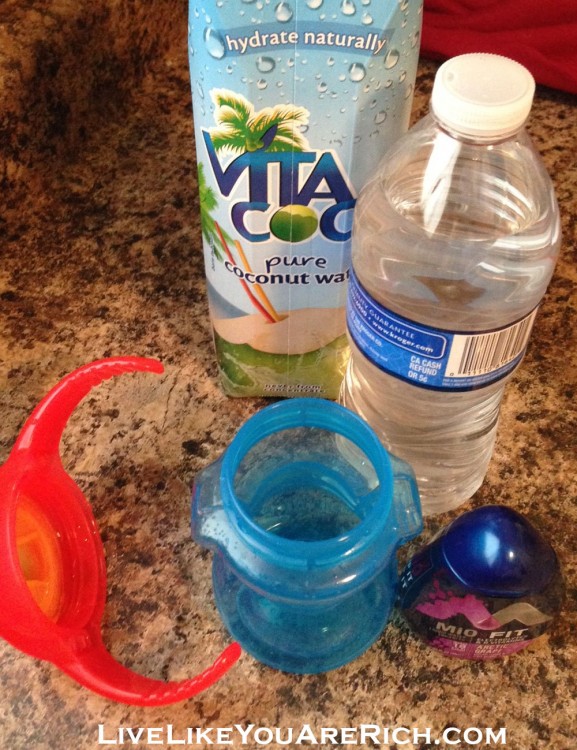 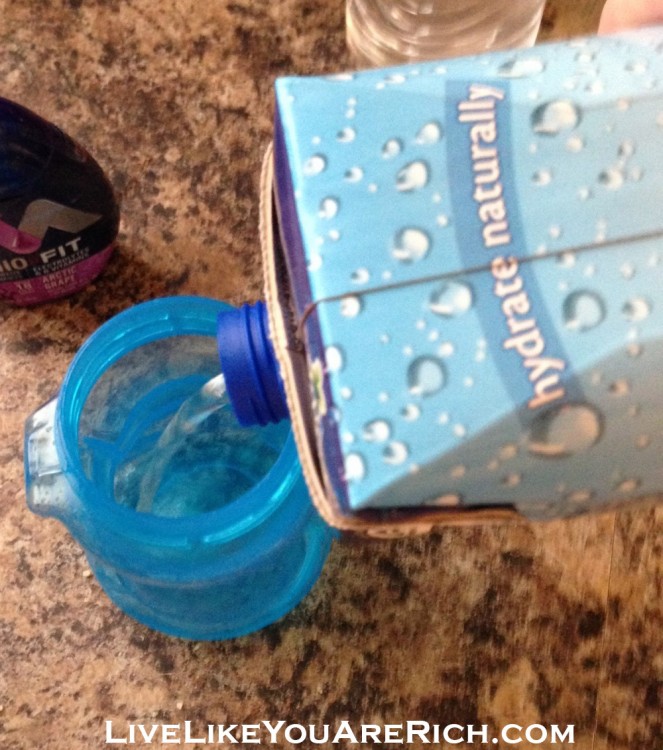 Fill the bottle to the top (1/4th) of regular water 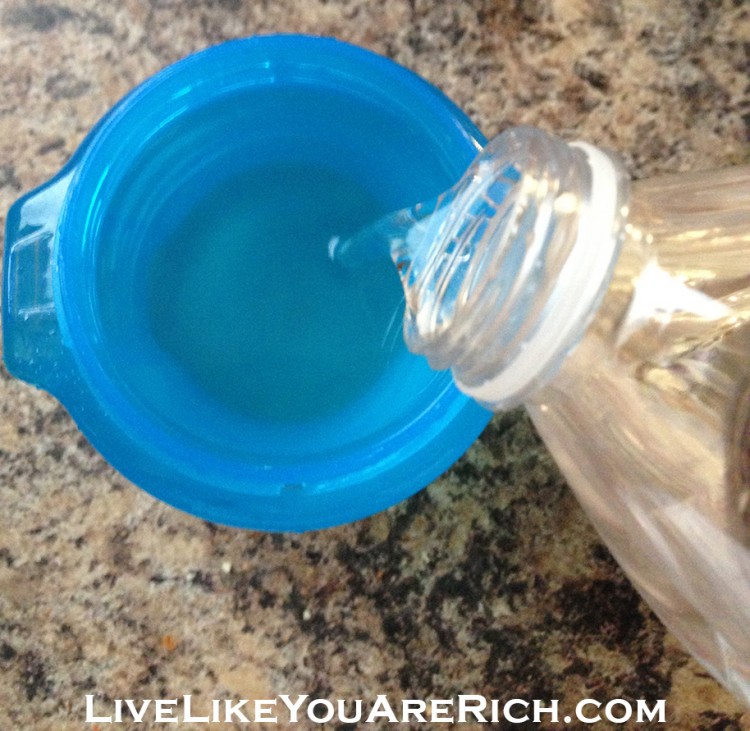 Squeeze 1 short small squeeze of MiO Liquid Water Enhancer original or fit (do not use MiO energy as it contains caffeine). 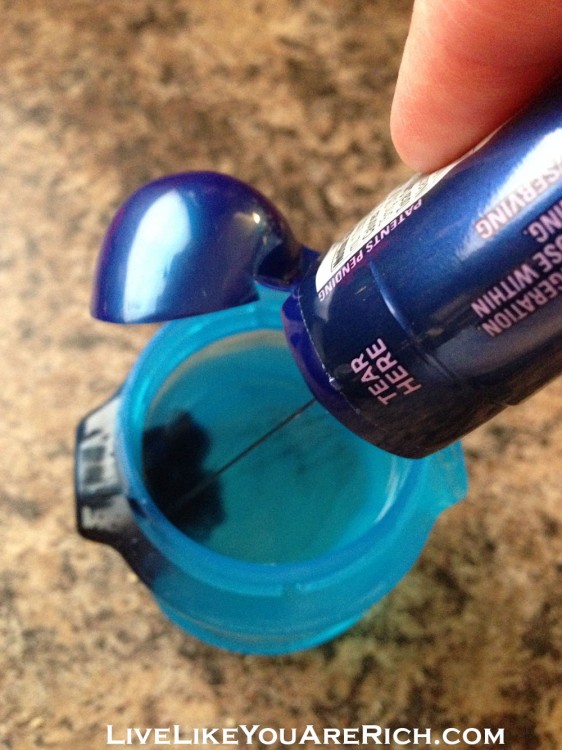 Put the lid on the bottle and shake to mix it. Now you have your own homemade slightly healthier version of Pedialyte. 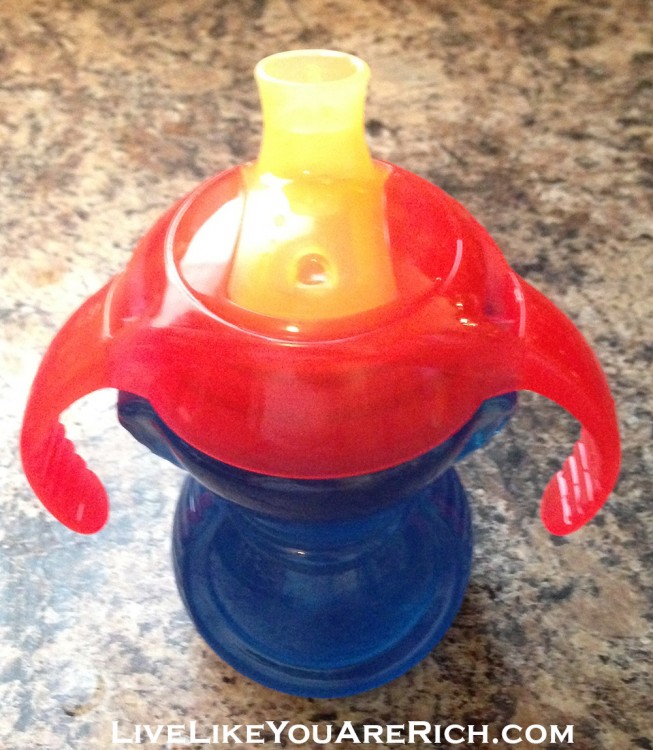 I hope these recipes not only keep your little ones hydrated but also save you money as well!

P.S. This can also be consumed by adults instead of Gatorade or Powerade if desired.

8 Ways to Save Money, Lower Calories and Provide a Tastier Lunch for Your Kids
Previous Post: « 11 Secrets to Have in Your Labor Bag—For Women Only
Next Post: 3 Ways to Create Happiness Despite Painful Challenges »