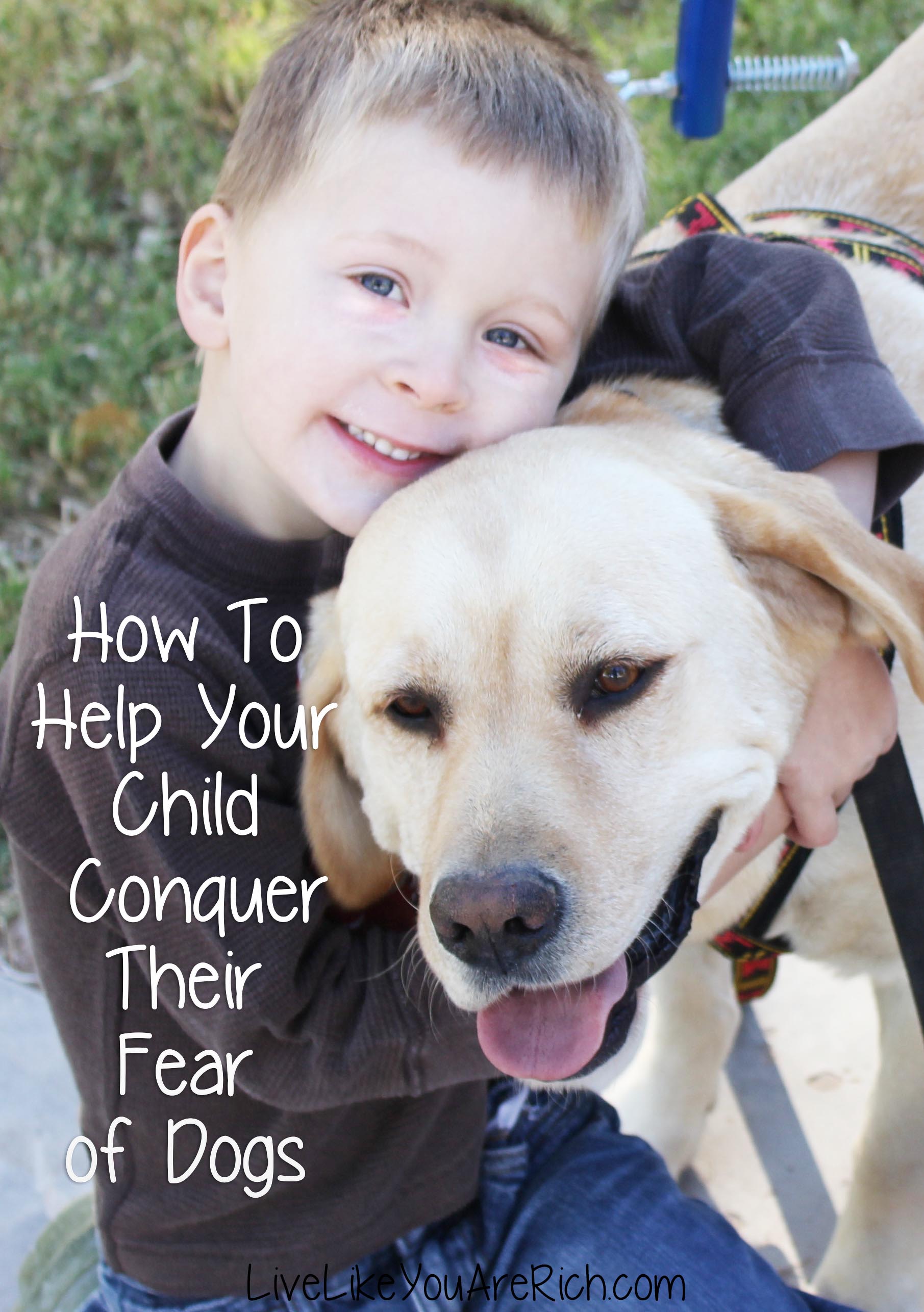 Guest post by Karen Jensen, my sister and co-author of our book Living a Rich Life as a Stay-at-Home Mom: How to Build a Successful Financial Foundation for You and Your Children.

My son was terrified of dogs. I mean the blood curdling scream kind of terrified, when a dog the size of a cat would come running up, hoping for a pat on the head. There was no reason for his phobia; at least if there was, it wasn’t apparent to us. He seemed to just be born with it.

My husband and I are avid dog lovers. We both grew up with dogs and when we got married we always had a dog until we had kids. However, once my daughter was born our little red heeler found a new home with Grandpa on the ranch for the simple reason that I was pretty overwhelmed with my newborn and Grandpa liked having him around.

Fast forward a few years and my four year old son had never had a dog of his own. Even frequent visits to Grandpa’s house weren’t enough to cure him of his K9 phobia. He would make us carry him into Grandpa’s house so the dog couldn’t jump up on him. If we refused he would run as fast as he could, screaming the whole way. It was enough to drive a parent crazy. I tried lots of different things to hopefully calm his fears but nothing seemed to work. That is when I knew it was time for us to get a dog.

I knew enough about dogs that I knew we didn’t want to get a puppy that would be so hyper he would jump all over the kids. I have a soft spot in my heart for labs and I know what great family dogs they are, especially when they get a little older. So we were blessed to find a six year old yellow lab who had been around kids his whole life. His owners had to move and couldn’t take him so we inherited Bo. Bo is not a small dog by any means. When my son first saw him he wouldn’t go near him. My youngest son, who was only a year old, was braver around Bo than my 4 year old. But it was only a matter of time.

We tied Bo up for the first few weeks he was here so he wouldn’t wander off and also so my son still felt safe in the yard, as long as he was out of Bo’s reach. But I made it my son’s job to feed and water Bo every morning. He would get just close enough to reach the bowl of food out to Bo and then run away.

When he got more comfortable I made it his job to take Bo off his rope every morning so Bo could get some exercise. That was really hard. I remember him coming in crying a few times, saying Bo wouldn’t let him get his rope off. I would just encourage him to keep trying and assure him that Bo wouldn’t hurt him. I can still picture it in my mind…this one morning when my son was so frustrated with trying to get the rope off without getting too close to Bo. He finally just straddled Bo like a horse and grabbed the hook and unhooked it. I was so proud of him. He was finally conquering his phobia.

Now Bo is never tied up. Every morning before breakfast my son feeds Bo and takes him for a run. He loves Bo. But the most interesting thing is that he’s not afraid of any dogs anymore. The other day we were out for a bike ride with Bo running behind us as usual and a big black dog came running out of his yard barking at Bo. I hurried to catch up to my son because the dog was making me a little nervous, My son didn’t even flinch. He just kept on riding and talking about whether we could stop up at the water tank. That’s when I knew that his fear of dogs was officially history!

There are lots of great reasons to have a dog. Whether it’s for companionship, teaching responsibility, or helping kids overcome fears, dogs can be a wonderful addition to any family.

Should I Have a Second Child? 7 Reasons Why Two Kids Are Better Than One

What To Do If Your Child Thinks They’re Fat
Previous Post: « 5 Steps to STOP the Bullying in its Tracks
Next Post: How to Get High-Value Gift Certificates on: Restaurants, Travel, Services, Goods, and More for FREE! »