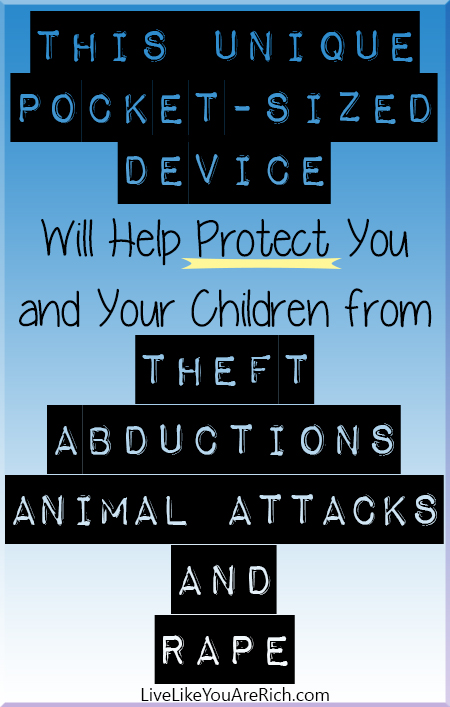 Once in a while I’m reminded of how scary the world can be. The other day my 24-year-old beautiful blonde sister unknowingly went to a very scary part of town in L.A. She was supposed to be meeting family who were from out of town. Nobody realized how dangerous the neighborhood that they agreed to meet in was.

As she was waiting in a parking lot in her car before our family members arrived another car drove up behind her very slowly. She knew it wasn’t the family members big truck as this was a smaller car. She couldn’t make anything out because the lights of the car shielded who it was. It stopped and was not moving. A man got out and approached her. When he got close enough she recognized that he was a policeman. Instantly she was relieved.

She rolled down her window and the policeman urged her to get out of the area as it was unsafe for her to be there, even in a locked car. The family members pulled up right then and they all went elsewhere. When I heard this story I became even more nervous for my sister than I already have been. She drives around to multiple different areas in Los Angeles for work (teaching music) and is always on the road. Further, her car is old and not the most reliable. I’d be devastated if anything bad were to happen to her.

Even in rather low crime rate areas bad things happen.

When I was 17 years old, I attended a political camp for girls. It was a 5 day educational camp where we learned all about the US governmental system. During the camp we sometimes had non political classes. One night we had a less formal class on rape and date rape. They told us the statistics of rape for high school and college age girls which was pretty high. Unfortunately, the rates of rape are even higher now.

During this discussion I was a bit skeptical about it all. I remember asking myself in my head, ‘Is this really necessary to learn about rape here in Utah?’ I thought that since we had a pretty low crime rate here we were safe. I figured that the statistics didn’t involve us. Just after I thought that, one of my friends started bawling. She was crying really hard. None of us knew what was happening but we all tried to comfort her. After she calmed down, she admitted that her brother’s friend had raped her at a party they were at.

It was heart breaking, devastating, and horribly scary for her. She was scared to admit it to others, felt betrayed, abused, at fault, and a lot of other sad feelings. I sat there shocked that this poor girl (my friend) had to live through this incredibly scary moment and has had to deal with all the pain she has felt since. I felt guilty for thinking a few minutes before that this topic was irrelevant in my state.

Since then I have heard of so many situations of men who stalk young women. They watch them and find out when they are alone. They know their schedule, when they leave for work, where they run and what trails they take, which classes they have and when etc. These rapists/assailants are often able to time their crime just perfectly. Girls are abducted, go missing, and sometimes found alive… Other times they are found dead.

As much as I just want to ignore that these horrible crimes happen, because of my friend and others who I’ve been indirectly tied to through relations, friends, etc., I just can’t. I’ve come to understand that these things do happen. Evil things happen in every state and country. Unfortunately, they just do. Here are some non-biased statistics to prove it:

When I found out about this new defense technology I was so excited about it! It’s called D.A.D Defense Alert Device and it is amazing. So amazing that it is now termed as the world’s BEST NON-LETHAL Self-Defense Weapon out there.

You know how cops shine a super strong flashlight in assailants faces to blind them?  This weapon has a flashlight like that AND a very powerful, top of the line pepper spray, all in ONE! What I love is that the best defense forces out there use them. The military, S.W.A.T., and the police use them. Further, they are small enough to run with (the small device straps to your hand) and/or can be carried in a purse or pocket.

I saw that D.A.D. is also coming out with a NEW AND AMAZING technology. It’s awesome because when the victim sprays the pepper spray, it immediately informs their family and friends of their location and that they may be in danger. The family member can call the victim to check on them right away. If they don’t answer then they can call the cops and relay the address of where the victim was just a minute ago. This new technology will save lives! 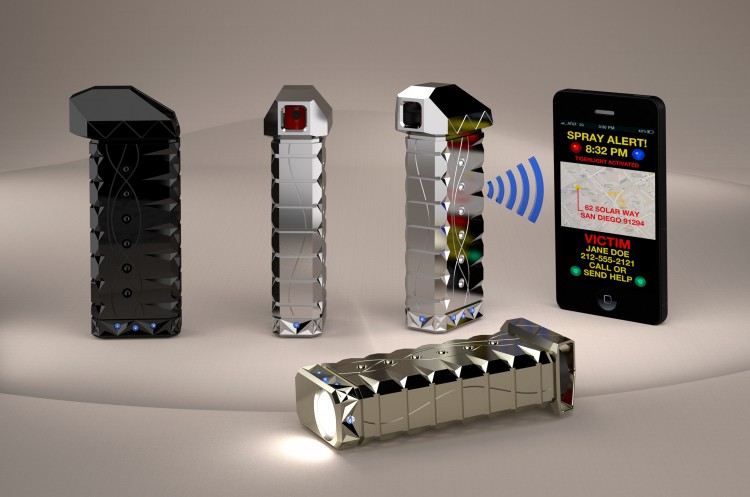 The D.A.D.s that have already been out on the market have saved lives as well. Los Angeles deputies (more than 500 of them) over the course of 6 months used D.A.D.s and wrote a full report which I read (it can be found on their website). It’s pretty long though so I’ll sum some of it up.

The D.A.D. (previously called the TigerLight) was used on 147 violent subjects and had a 96% stop rate (no further use of force was necessary). This FAR exceeds any other non-lethal device (such as regular pepper spray, tazers, etc.).  There were also no injuries requiring medical attention.  An estimated 4-6 lives were saved in 6 months.
In one incident during a jail riot in which people were killed, a lone officer (trapped with 15 rioting inmates) was able to incapacitate all 15 with his D.A.D. and escape to safety.
Director Lance Powers, US Protective Service SWAT TEAM LEADER, SRT Instructor said, “If you are looking for the best personal protection device, D.A.D. is it… at ANY price!”
I could’ve used the D.A.D. was when in high scool my friend and I locked ourselves out of our car. There was a huge group of guys hanging around us as we were trying to break in. They were all drinking and we felt very uncomfortable. We didn’t have any form of protection and it was in a dark parking lot. Eventually our common sense got the better of us and we ran (sprinted) to a safe area. We came back later for the car. I would have felt much better had I had the D.A.D. with me.

After all the experiences I’ve had/or heard about I wanted a D.A.D. for me (which I got the T100) and some for my family members. I found out that they are doing a campaign for the D.A.D. Peacekeeper Minis that have the blue tooth/location deciphering capabilities, at a great deal (awesome deal actually!!!). If you buy the Peacekeeper Mini model (or a few, because the more you buy the cheaper they get) you will receive them in about 2-3 months.

You can order them now here.

Heaven forbid you would have to use the D.A.D. for more than just a flashlight. But just having it on you can help you and your loved ones feel safer. Feeling safe and being prepared and protected makes for a much richer life.

This video shows how they work (it’s not too graphic, just a demonstration of real world application).

Oh some have asked how easy they are to use. Well, my T100 came with an instructional DVD and practice spray. It’s easy to put together as well. I personally think they are easy to use.

P.S. Something a reader just informed me about is that you can’t use these in Canada. You also have to be 18 to order them if you live in the U.S. 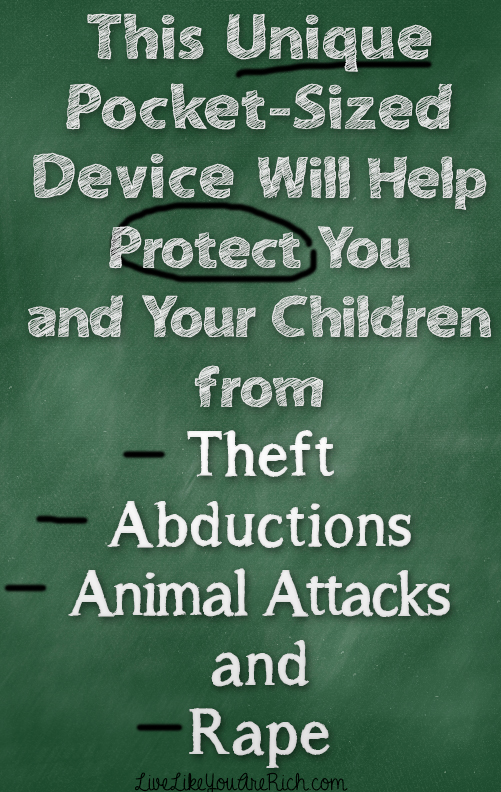 23 Unique Ways to Save $10,516.37 on Your Baby’s First Year… Part 1
Previous Post: « How to Use Coupons for Walmart
Next Post: Five Reasons Why You Should Be Proud of a Messy House »