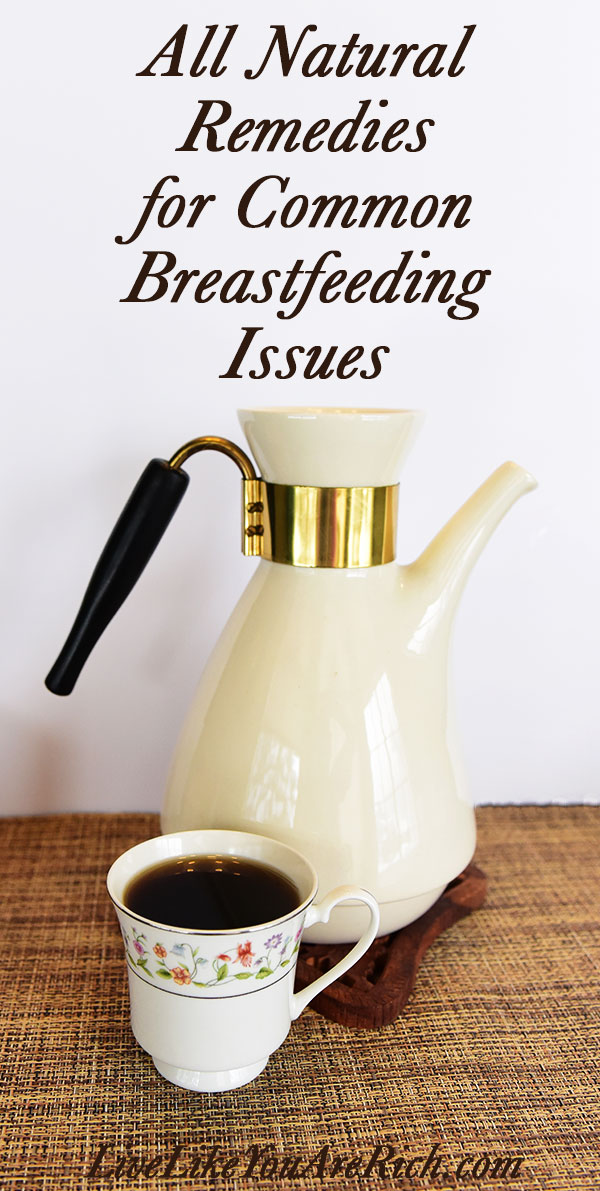 I’ve made it no secret that I struggled to breastfeed both of my babies. I had difficulty because I experienced a variety of ailments and issues. Here are some common breastfeeding issues many women experience and the all-natural remedies I have found that help.

Wearing nipple shields (so the nipple can air out and not press/rub against anything between nursing sessions) helped me a lot.

Using healing creams helps too. Some all natural ideas are: vitamin E oil, organic coconut oil, and shea butter. Try expressing a bit of breast milk onto the injured nipples before applying an ointment as it helps heal them faster.

Low production and/or trying to establish a good milk supply 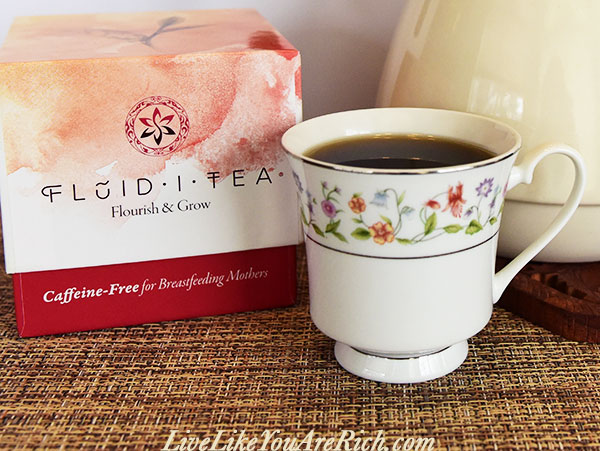 FluidiTea Flourish & Grow is an ancient remedy plant-based herbal tea. The ingredients were given to the royal breastfeeding moms in the Qing Dynasty several hundred years ago in China. Further, it is 100% all natural and caffeine free.

Do not diet while trying to establish or up your milk supply. Your body needs calories to produce milk.

Avoid wearing anything that is too tight on the breasts.

Nurse your baby more often and/or pump more to signal your body to make more milk.

Rest as often as you can.

I’ve been told to try Fenugreek. When I took it I found out that was allergic to it (it caused a horrible rash). But many do experience good results.

I found that cold cabbage leaves placed in a loose or good fitting bra (not a tight bra) helped. They get warm fast so switch them out often.

Using good quality breast pads can help with the leaking as well.

Do not face a hot shower while you are over producing as it will stimulate your breasts to produce more.

Cold packs can help too.

For engorgement and plugged ducts, drinking FluidiTea Clear & Flow will help. It is made of real and powerful medicinal herbs, and is clinically and thoroughly tested to be 99.8% effective (based on clinical data collected over the past 10 years). I’m so excited that they now have a proven herbal tea that helps clear out ducts and engorgement! 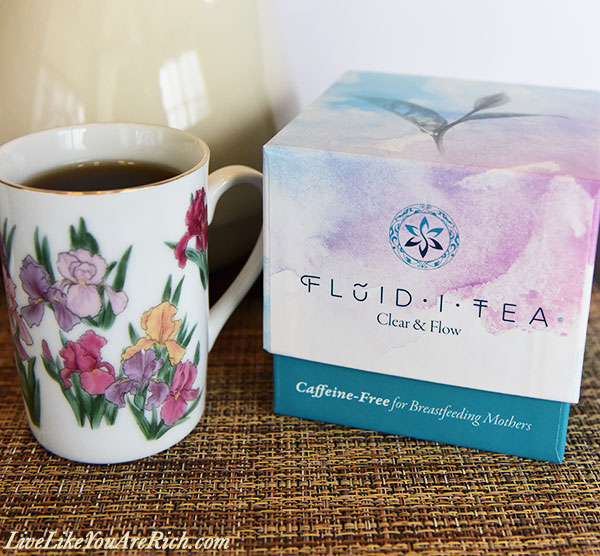 Also, nursing less helped scale back my over production (for the short weeks I had this issue) just be sure not to scale back so much you get engorged.

If you’ve lived through mastitis, you know that it is beyond miserable! It is an infection of the breast that is usually the result of engorgement and clogged milk ducts. I had it twice this year and it was the worst! I ended up in the ER and paying quite a bit in medical bills. UGH.

If we have another baby that I nurse I will be drinking FluidiTea Clear & Flow consistently when I’m engorged to keep my breasts clear of clogged ducts and to try to avoid mastitis. 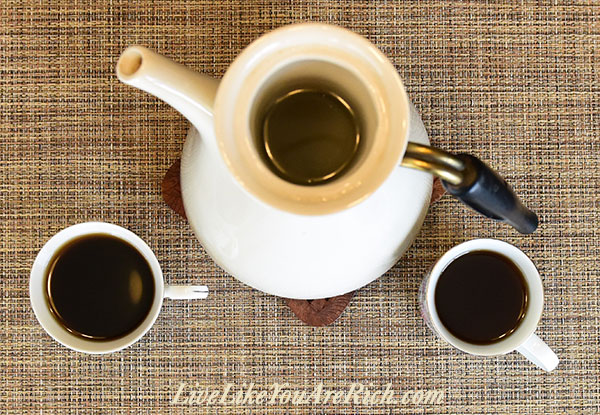 If you do get mastitis then please watch your temperature and heart rate closely. If they get too high go to a doctor. Mastitis can infect the blood (sepsis). It is best to get medical help as soon as your temperature or pulse become high.

If your pulse and temperature are under control, try rest, hot showers, sleep, and drinking FluidiTea Clear & Flow. Further, pumping and nursing on the infected breast to clear out the blockage will help. I have also been told by a friend who has had mastitis multiple times, that coconut oil and colloidal silver applied topically can help fight the infection as well.

Of course antibiotics are the general treatment. Consult your doctor on that. I’d recommend starting all natural remedies the second you think you may have mastitis to begin fighting it off and weakening the infection right away.

Plain no sugar added yogurt taken orally can help fight off the yeast that is causing thrush. Down that yogurt! I buy the Fage Greek Plain yogurt. Plug your nose if you have to but trust me, consuming a lot works! Take oral probiotics too. Yogurt has worked better than oral probiotics for me, but when I have an abundance of yeast I take both.

When my baby had a yeast infection and couldn’t eat yogurt yet, I got baby powdered probiotics from Whole Foods (in the refrigerator section) and using my finger would wet it, dip it in the probiotics and then let her eat them off of my finger. This allowed her to eat a small amount (the amount recommended) without having to use a bottle—which she refused to take.

Also, Grape Seed extract and Genetian Violet have been said to work too.

Every 2 in 10 women have Raynaud’s (myself included) and most of us have no idea what it is, or even that we have it. It’s an extremely painful condition where the body doesn’t circulate blood to the nipples when a baby is latched on and feeding. The skin turns frost-bite-white. When the baby unlatches the blood goes rushing back into the nipple turning it red then deep red/purple. During the latch on and off an intense shooting pain pulses through the breast and chest. It even occurs at other times between nursing. This is very similar to blanching that many women experience as well.

I tried the medication for Raynauds and although it did help the pain quite a bit, the many side effects (migraines, hot flashes, red sensitive skin) forced me to quit. If you have it, I encourage you to see a dermatologist who is well educated on this syndrome. My dermatologist had it as well and was very empathetic.

The all natural remedy is heat. Hot packs or heating blankets. Get the hot pack warm and hold it to the breast before latching the baby on. While you are nursing one side have the hot pack on the other. Once the baby latches on to the other breast heat the one he/she just came off of.

Getting blood to the nipple before the latch on and then reheating the side the baby just came off has been proven to help. The other thing I can say is to just be patient and breath through the pain, and I’m sorry! 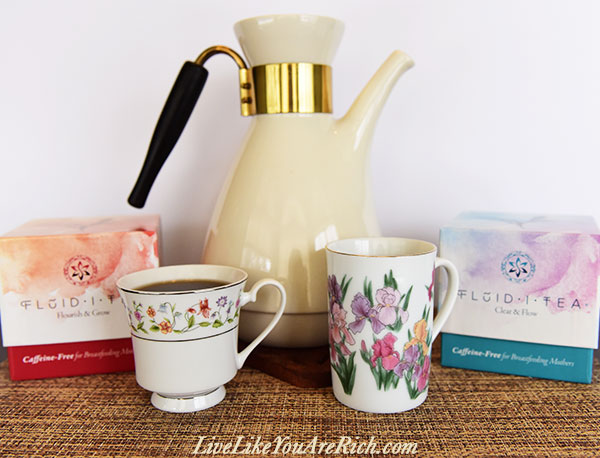 Because FluidiTea is designed with a nursing mother and her baby’s health in mind it helps with other breastfeeding issues as well. Despite it being tried and tested by ancient herbal geniuses for over 200 years—it has been clinically tested by modern standards as well. If you are nursing, I’d highly recommend having it on hand for when you experience some of the aforementioned breastfeeding issues.

Savings! FluidiTea is offering an exclusive 10% off promo code for my readers code: DEC15CAF it is good through 1/31/2016 and can be redeemed on www.fluiditea.com for as many orders as needed!

As Haylie Duff posted about FluidiTea on Facebook here. If you post about it on social media make sure to include the hashtags #fluiditea4bfmoms & #fluiditea

Post brought to you by FluidiTea all opinions are mine.

The Pros and Cons of Breastfeeding-For Women Only!