I love being a mother. But it can get downright tough. I always looked at toddlers that were having huge major meltdowns and thought to myself, ‘man I hope that my kid isn’t like that’. Well, now I have one who is exactly like that. Of course, I love him to pieces but man can he scream!

Note: I published this post a few years ago. I am republishing it so that new readers have a chance to see older content.

And he melts down at just about anything. He cries if his granola bar breaks in half. He screams if he drops his fork and I replace it with an identical one. If he is wearing a shirt for bedtime and doesn’t want to take it off when I change him in the morning, we experience a huge meltdown, etc.

Usually by the time breakfast is over he’s already cried, shrieked, screamed, and melted down over a handful of times because of things I feel are fairly meaningless. After a few months of this, I read up on why these toddlers cry so much. I pretty much read what I knew in the first place…

I know he has the best of intentions. I know that he’s a smart boy just frustrated with his limited vocabulary and difficulty expressing himself. He has big emotions in a small body and it’s difficult for him to handle them. He’s just trying to figure everything out. And just when he thinks he has it figured out, his fork drops, or he has to change his favorite shirt. Eighteen months to about three and a half is a tough time for our little ones. Some toddlers have much more difficulty with it than others (our son is one of them). I guess that’s why they call it the ‘terrible two’s’.

When we see the frustration starting to build, we do the following:

YET, even doing our best and implementing all of these tactics often, we still experience multiple crying, screaming, and whining episodes each and every day.

I asked my sister what she does because her son easily wins the award for crying episodes (and my sister easily gets the patience award for dealing with the crying these past few years). She told me what she found to really help combat the meltdowns was making a designated ‘crying chair’. When their son was crying (and wasn’t in trouble) he was sent to sit on the crying chair. As soon as he was done crying he was allowed to get off. After a day or so he realized what was going on.  He only went and sat on the crying stair when he was crying. He wasn’t being punished, he was simply being asked to sit and calm down. It’s really helped him to learn to calm down quickly and understand that having a meltdown isn’t the proper way to handle his emotions.

So we began doing this with our 2 year old Denali. He has a crying step and it is the top step in our garage or the bottom step on our back patio (the reason why it is outside is so he can calm down without waking up our baby—which has happened too many times to count). In the winter we will change the location.

So, I take him or send him (he can open the door) out to the garage and he sits on the top step. There he can scream and cry all he wants without waking up our baby, and because the door muffles the noise I don’t get overly upset about the crying either. I stay near the door and as soon as he is done crying he is allowed in. He can also choose to let himself in. He stands up and opens the kitchen door or back door and comes inside, but only after he is finished crying (and he obeys that rule). After implementing this for the last few months, I can without hesitation say it has been a sanity-saver!

The crying stair is working so well that he already starts to calm himself down on his way to it. It’s pretty amazing how much better he is getting at calming himself down and self-soothing. It’s not perfect but we are having to use it less than when we started.

We are so happy my sister gave us this advice. Not every child will need a crying stair/chair. But if you have one who, despite your best efforts and implementing many of the tips I shared above, cries or screams incessantly, it may work for you as well as it does for us!

UPDATE- Our son has made a ton of progress over the past year and we have had to use the crying stair less and less. Often, when he is having a tantrum all I have to say is ‘do you need to go to the crying stair?’ and he will calm himself down. I know that some of the improvement is also due to him growing up. When he turned three is it like a light went off and despite there still being a tantrum here and there, they are occurring less often and the crying stair (mentioning it or sending him to it) stops them quickly. 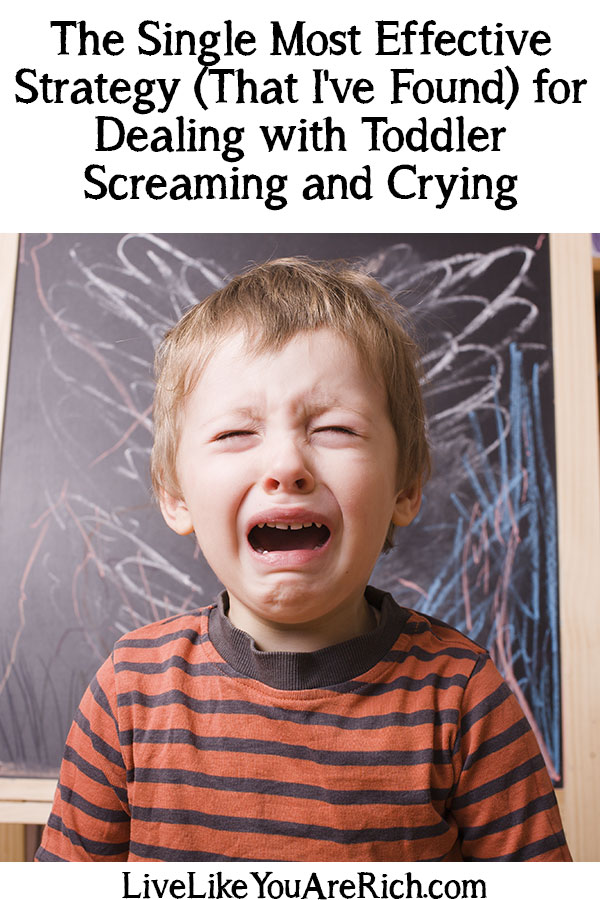 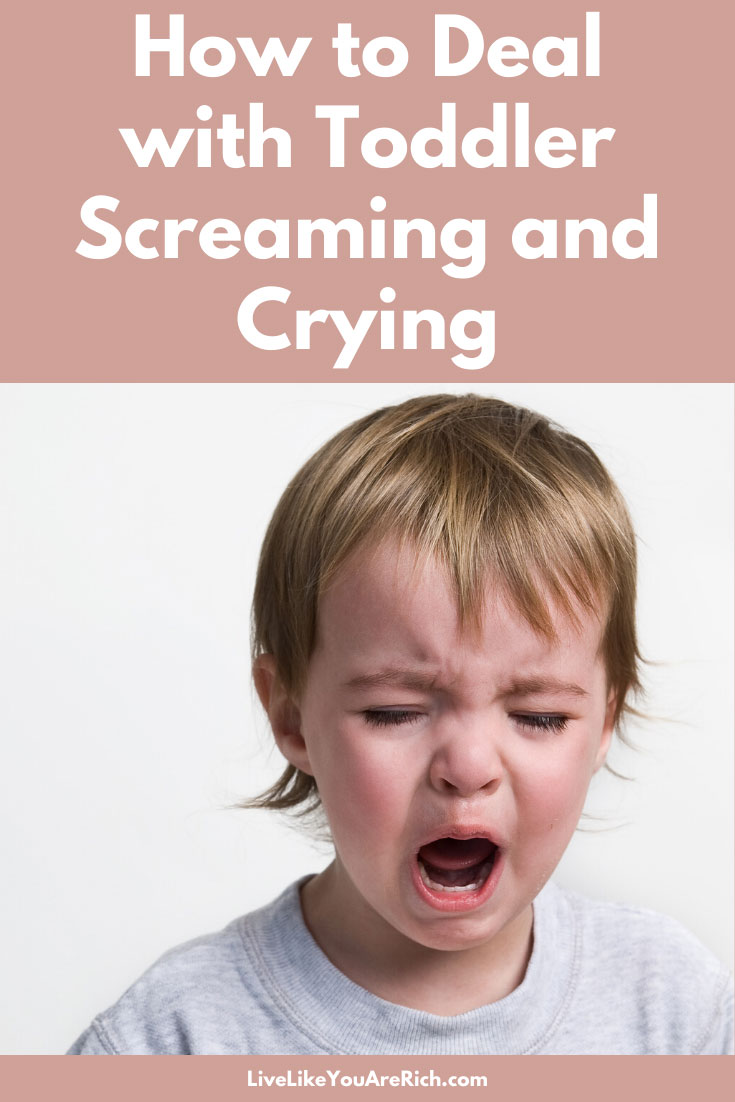 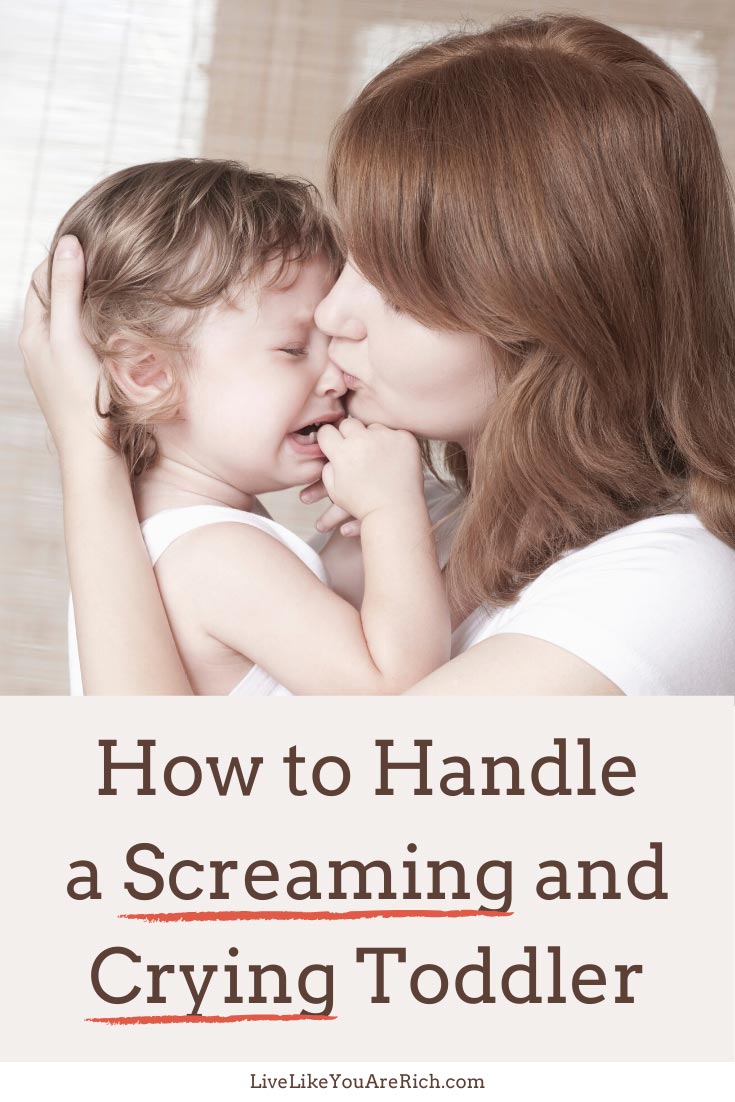 Samwise Gamgee Costume for a Toddler
Previous Post: « How to Make a Table Taller
Next Post: 17 Fun, Creative, and Useful Teacher Gift Ideas »