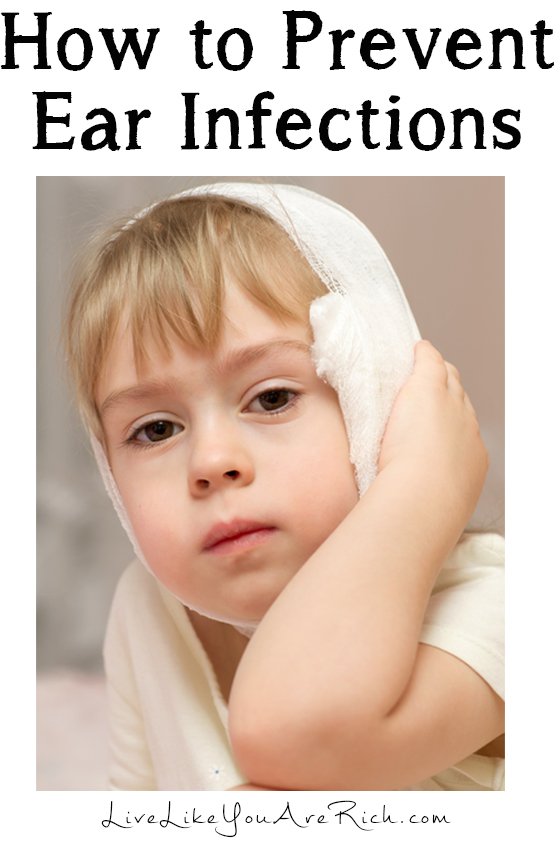 One of my first childhood memories was going to the hospital due to horrendous ear pain. I had already had so many ear infections the Doctor decided to perform a surgery and put tubes in my ears. Apparently the tubes did help some, but I’ve still had countless ear infections ever since. In fact, every year of my life I’ve had at least 2-4 ear infections.

I was usually always put on antibiotics and medication which would get rid of the ear infection eventually. But the bad thing about antibiotics is that you can develop a resistance to them. Further, they don’t prevent the infections from occurring to begin with. So despite antibiotics, I still had to suffer through days of pain for each ear infection I had. And they are PAINFUL!

I’ve been desperately trying to find a cure and ways to prevent them. I’ve tried a ton of different things. Onion juice in the ear, allergy medications, humidifiers, and lots of other things. I finally found a preventative protocol that has worked. AND I’ve never had an ear infection since. After 28 years of them, I’m happy to have finally found something that works. How did I find the remedy?

Well (out of desperation), I gave into my skepticism and tried essential oils. I had Lavender and Frankincense on me when I felt the all-too-familiar-ear-infections coming on. I put a little Lavender in the ear (at the very outer rim) and rubbed oil around the outside of and behind the ear. I also used Frankincense behind the ear and under it.  Then I put drops of Lavender and Frankincense in a diffuser and ran it all night while I slept. The next morning (when I would typically wake up with a painful ear infection) it was completely gone! I was more than AMAZED! I did the same thing for 3 nights in a row just to prevent it from returning and it never did.

I wasn’t sure if it was a fluke thing so I decided to wait and try it out again. About a month later I felt an infection coming on again, so I did the same thing and the next morning it had subsided and never escalated to a painful ear infection.

I have now tested this protocol about 5 different times, each time with the same result. A little lavender in the ear. Lavender and Frankincense around and behind the ear, and a diffuser with both essential oils running by my bed each night and I’ve avoided about 6 ear infections in the last 11 months.

Believe it or not, this is the first 11-month-stretch in my entire life when I have not had an ear infection (at least that my mom and I can remember)!

I’ve also been using the essential oils to battle allergies that bring on these infections in the first place. I use lavender, lemon, and peppermint (sometimes frankincense) in a diffuser every night for allergies and they have helped significantly.

I am grateful for this discovery and I wanted to share it with other unfortunate people who also have chronic ear infections due to sinus problems, weather changes, allergies, etc. Give it a try and let me know if it works as well for you as it has for me.

I bought my essential oils from DoTerra here.  Or if you want a cheaper option, Plant Therapy Frankincense and Plant Therapy Lavender can be found here on Amazon. They are way cheaper than DoTerra and are a great quality. They aren’t as high of quality as DoTerra but they are a close second and MUCH cheaper.  I’ve tried them and do like them very much. If you are just getting into essential oils, I recommend trying a few brands out and comparing the same oil across the board to find out what the best quality/deal is for you.

How to Quickly and Efficiently Soothe and Heal a Sore Throat