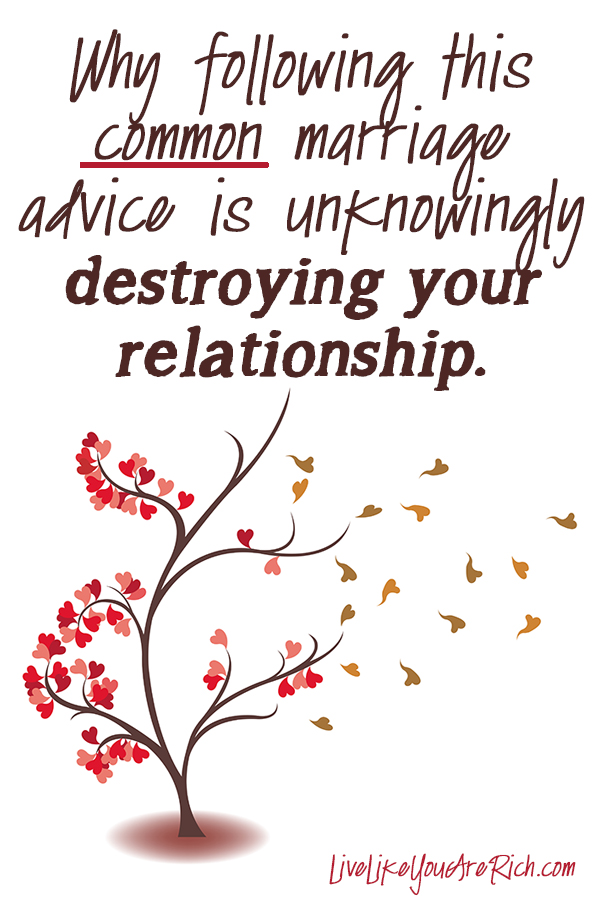 Ironically enough, I am now divorced—due to other reasons than ones mentioned in this article. That said, I didn’t want to delete this as I believe it is valuable information, helpful, and pertinent for a healthy marriage.

Last night, my now-ex-husband and I got into a fight. We had started off the day exhausted to begin with and because of the day’s demands we ‘hit our wall’ much earlier than normal. With a toddler and newborn to take care of, food left out from dinner, a dog to feed, and a house to lock up, someone had to do the nightly round of chores.  I began asking him to do the chores because I really didn’t want to. He laid down, turned on his phone, and ‘checked out’.

Frustrated, I got up and went and did the chores. When I came back we were still both upset with each other – I at his laziness and he at my frustration. We had a choice: go to sleep, or do what we had been told by so many before getting married which was to ‘never go to sleep mad at each other’.

It didn’t seem to make our marriage any happier. In fact, staying up late usually made the disagreement much worse.

Eventually our arguments got too exhausting, and we’d give up and go to sleep anyway. In the morning, we were amazed that often what was so important the night before was already water under the bridge. If it wasn’t quite forgotten we were impressed at how quickly and easily our seemingly impossible disagreement was resolved.

After multiple experiences like this, we came to realize that going to bed mad at each other was the single best thing we could do to resolve an evening fight.

So, despite being upset with each other last night, we laid down (backs facing each other) and slept. In the morning, we were no longer upset. I was rested and thinking more rationally. He had energy to get up and go take care of our toddler. Having taken some time to calm down, our resentment was like water under a bridge.

After an evening argument, mornings are often like this for us. Granted some mornings we still have to work through things, but it never fails that going to sleep helps tremendously.

If you think about it, it makes sense. When we are tired we are less rational, more emotional, and more easily offended. It’s also instinctive (outside of this marriage advice) to tell upset people to: step back, calm down, get a breather, go for a walk, go for a drive, etc.

We don’t advise our co-workers to stay at work until they are no longer mad at the boss. Neither do we tell emotional teenagers to keep spending time with friends they are in fight with. It’s common knowledge that when people are upset at each other it is effective for them to get some space and give it some time. Dealing with contentions in this manner really diffuses the anger and makes the problem seem like a non-issue.

So next time you are mad at your spouse at night, give yourself permission to break this common marriage advice and go to sleep.

Advice from My Mom: Practical Ways to Teach Your Children to Control Money