Having lived in Germany for over a year, I had fun making this Hansel Costume from The Brother’s Grimm Tales. 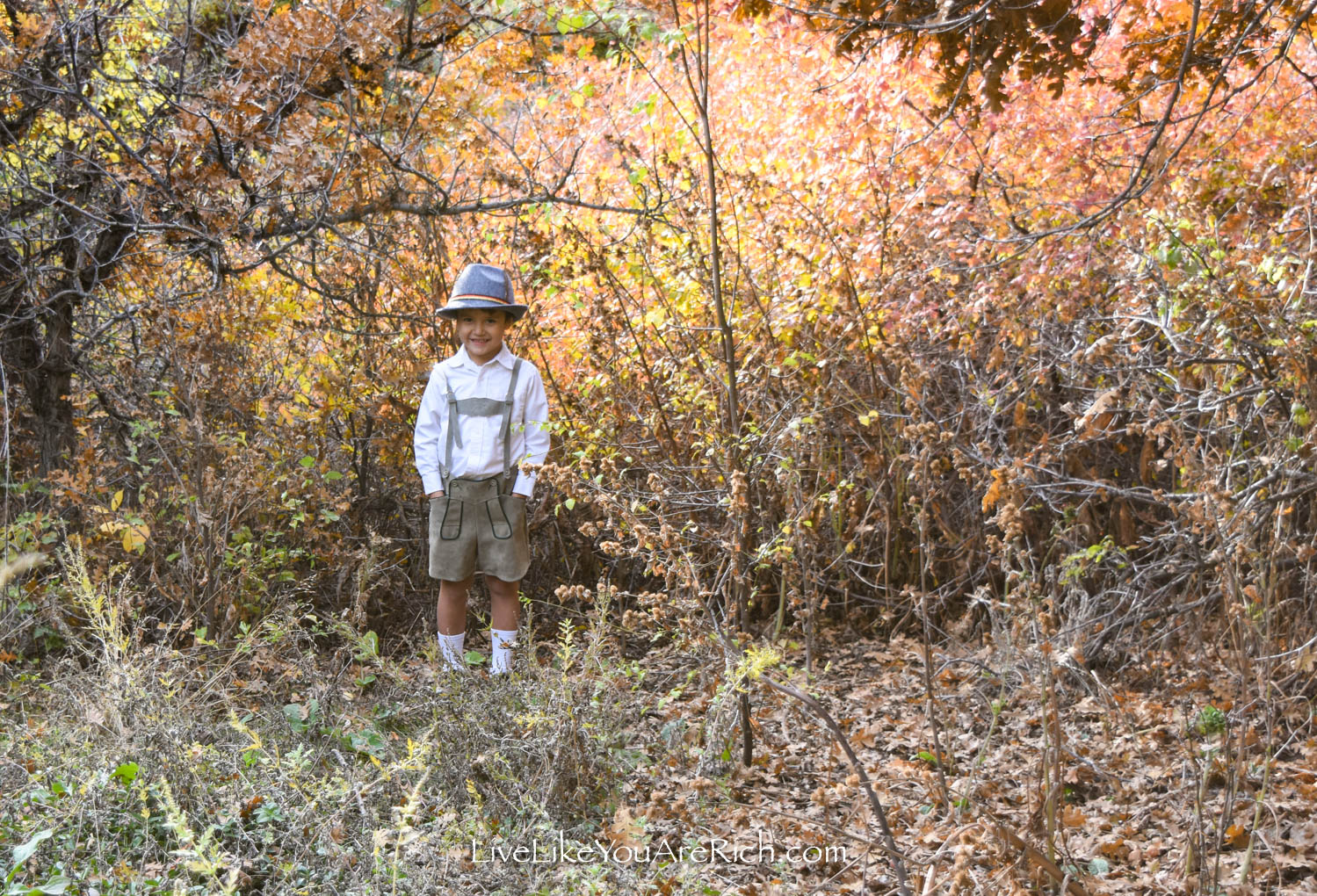 Hansel, from the Fairytale, Hansel and Gretel, was an easy Halloween costume to put together. 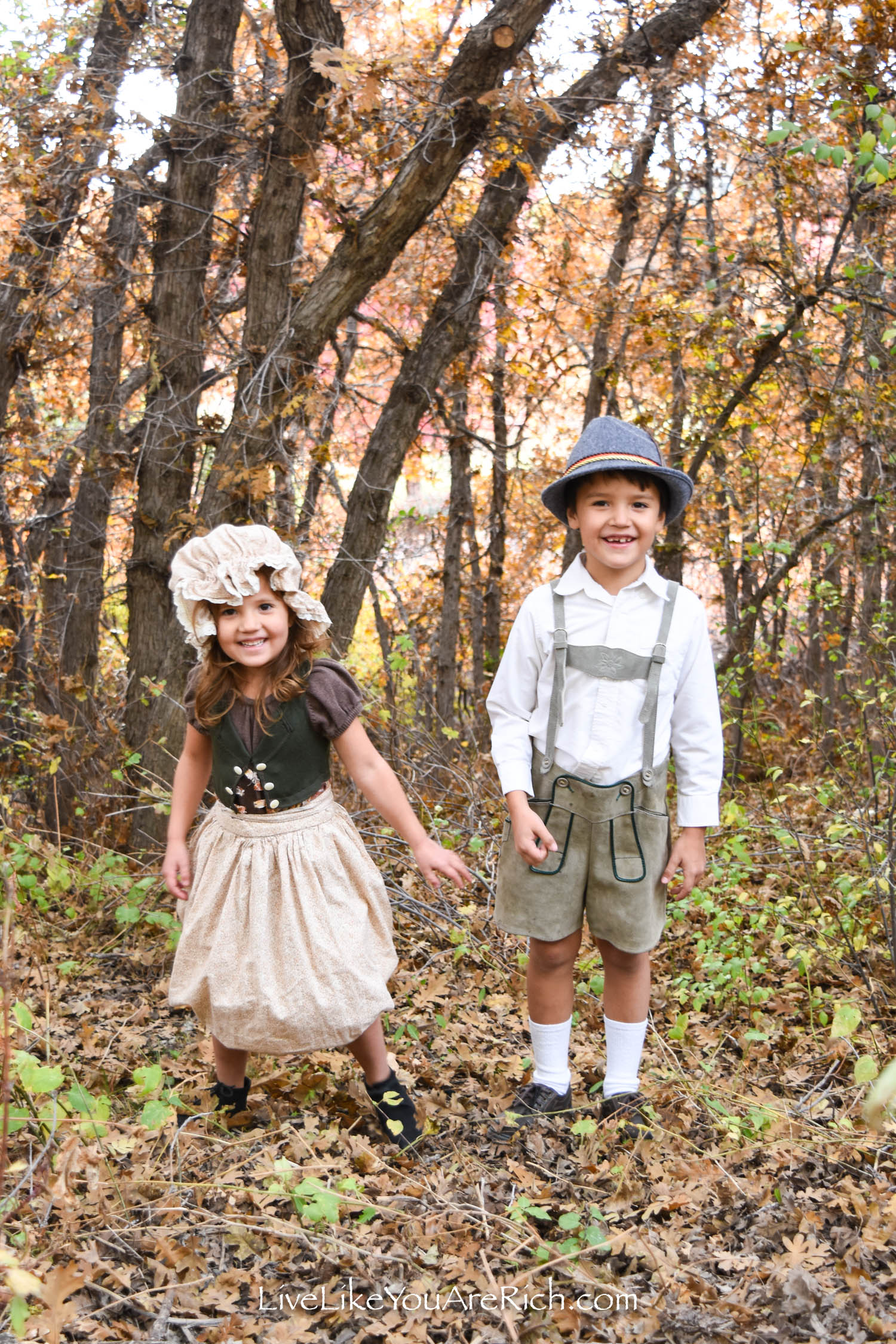 I just dressed him as a traditional German boy would.

You really only need a few things.

Hansel and Gretel Fairytale book by The Brother’s Grimm 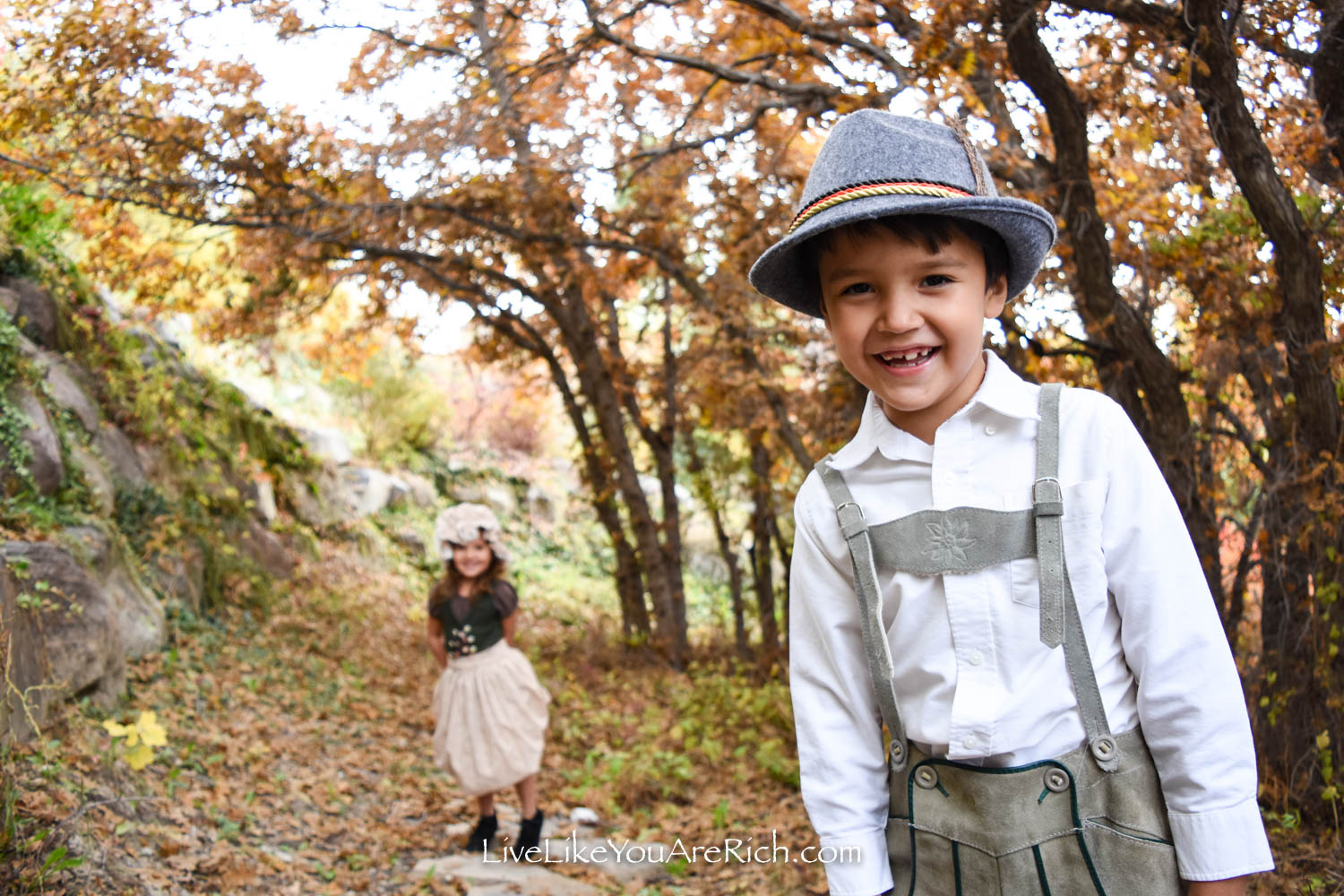 At first, my son was confused as to what he was wearing; after I showed him photos of German boys in traditional wear, he was happy to be dressed up as one. 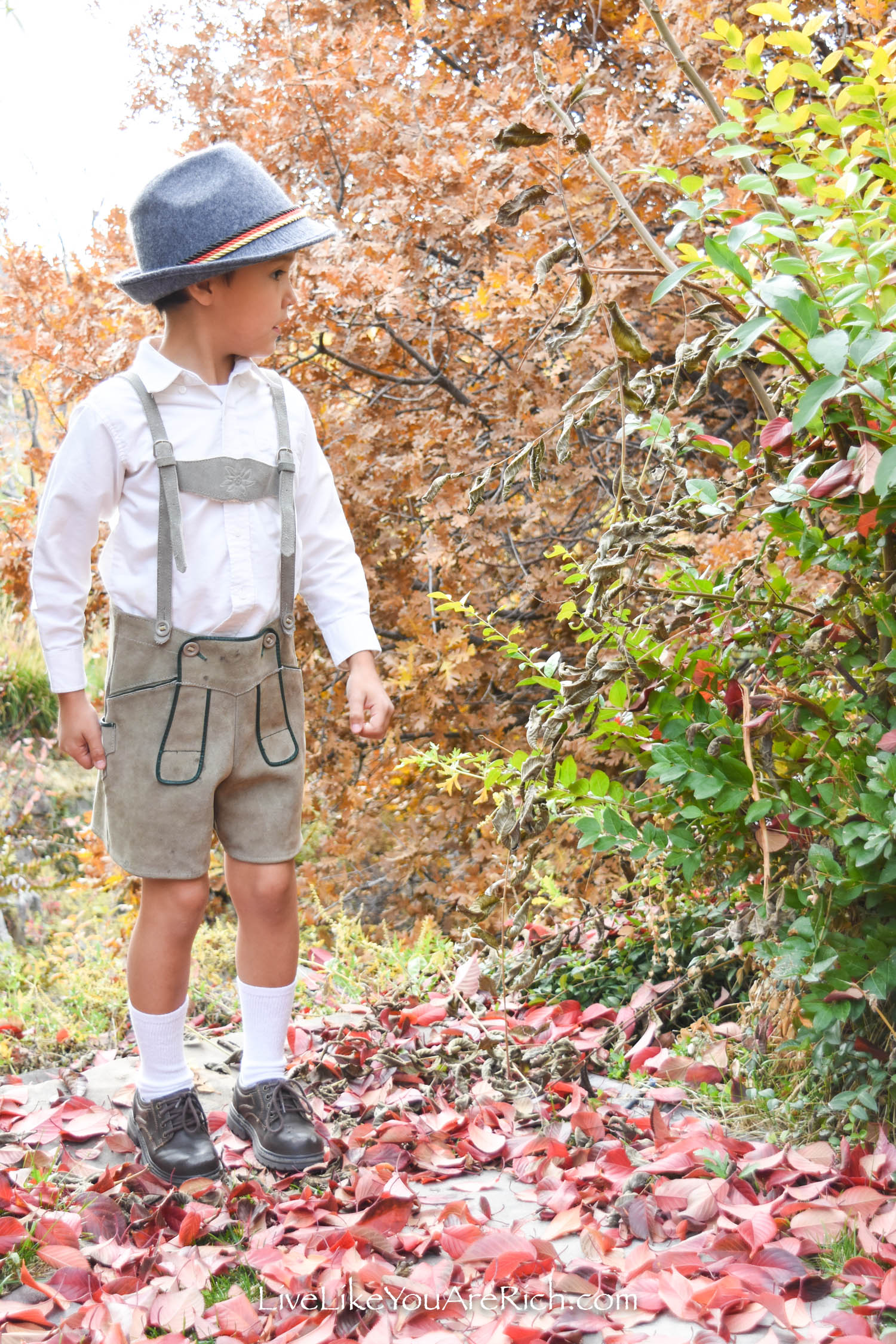 It was fun showing Denali (my son) what traditional German dress was like (especially because we have some German and Swiss ancestors).

He likes to learn little German words and their meaning; he likes that Kindergarten means ‘a garden full of children’.

I told him that lederhosen means ‘leather pants’ in English. 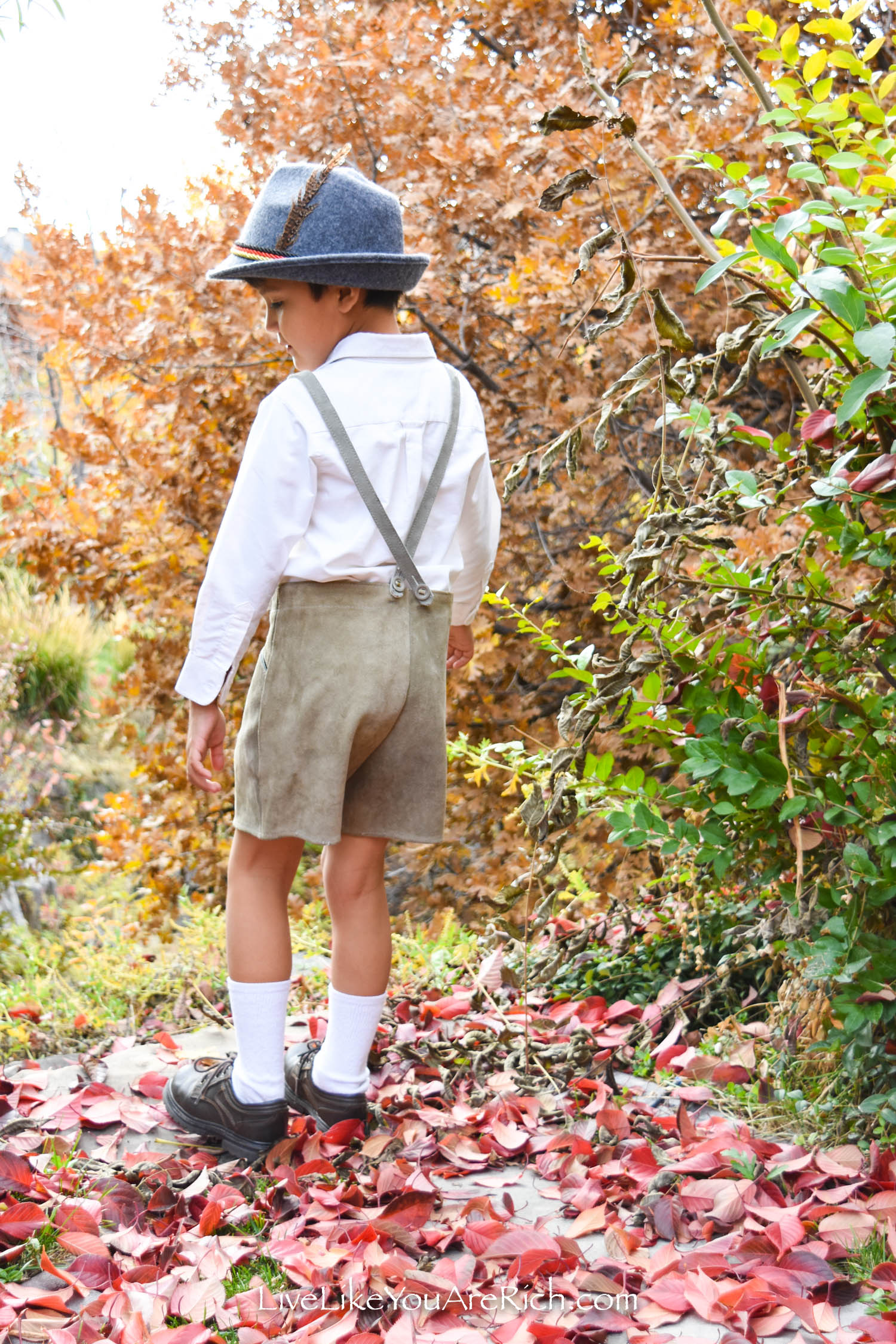 I also read he and his sister the story, Hansel and Gretel from The Brother’s Grimm a few days before. 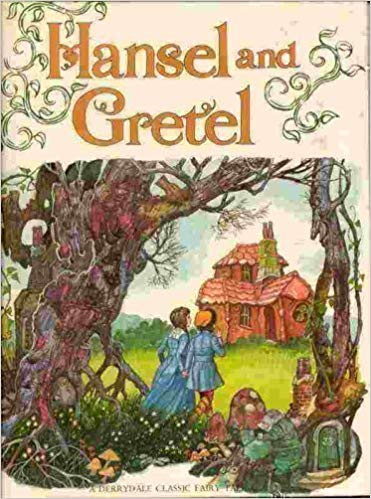 I told them the paraphrased (and edited/ rated G) story a few times as well. This made both he and my daughter excited to dress up as Hansel and Gretel.

Once my kids were dressed up, we went into the forest in our backyard. 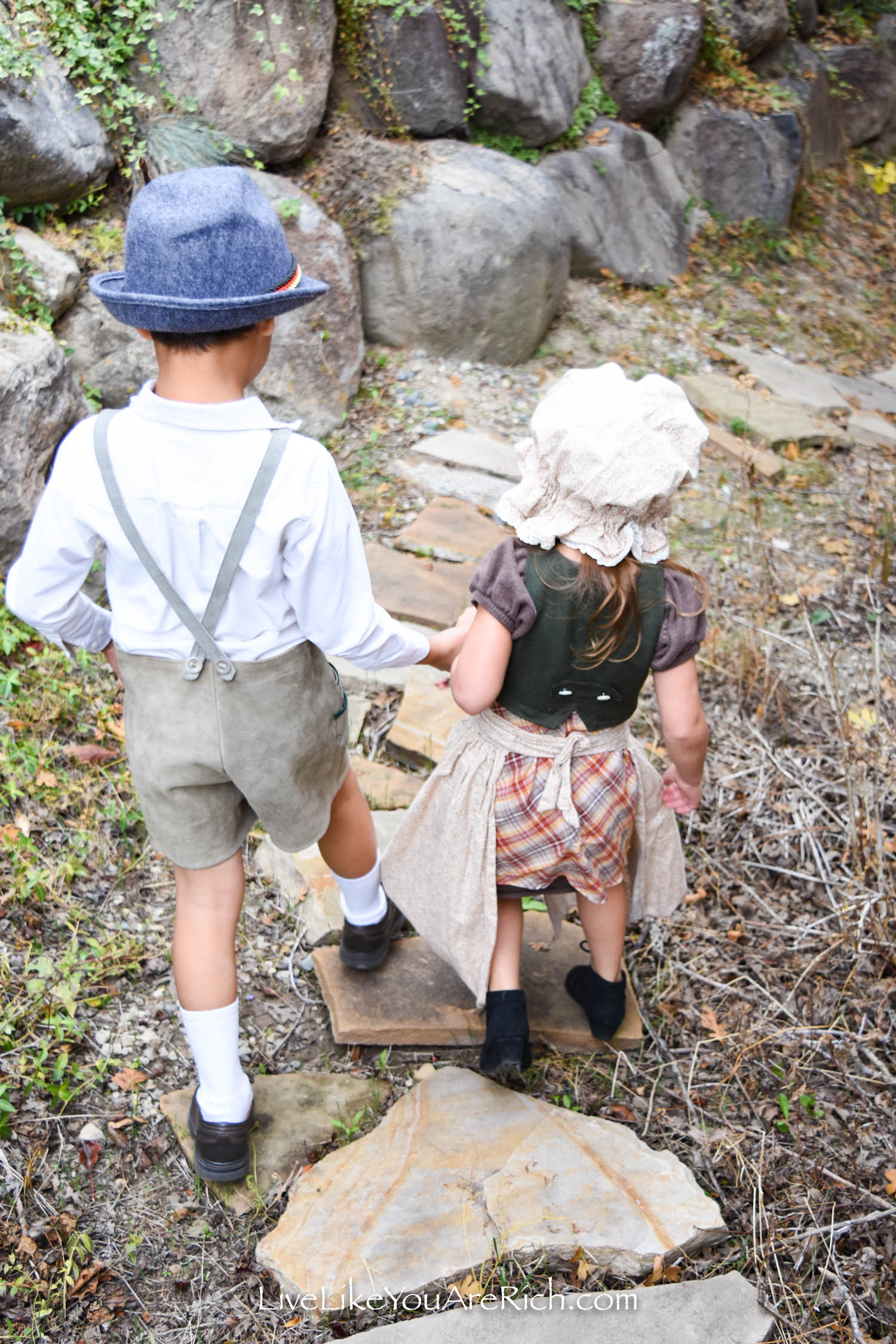 I was able to get some fun photographs of them; I love fall colors and they are very beautiful this year. 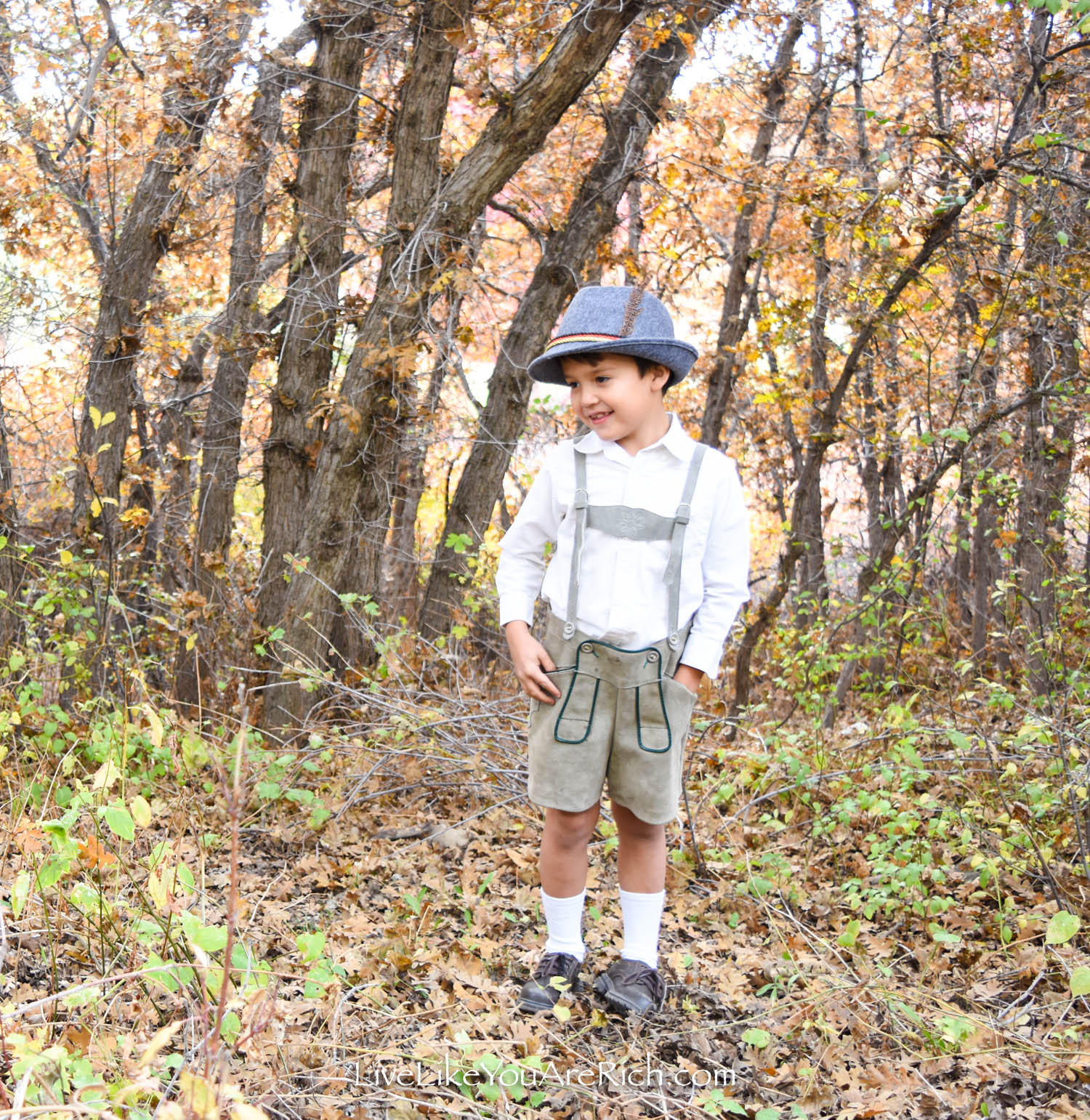 I had a dress shirt, socks, & shoes. I found the Lederhosen at a garage sale a few years ago for $2.00. I bought the hat on Amazon for $9.00—easy and inexpensive!

Overall, it was so fun to have my kids dress up as Hansel and Gretel for this year’s Halloween.

What costumes did you make for your kids this Halloween? 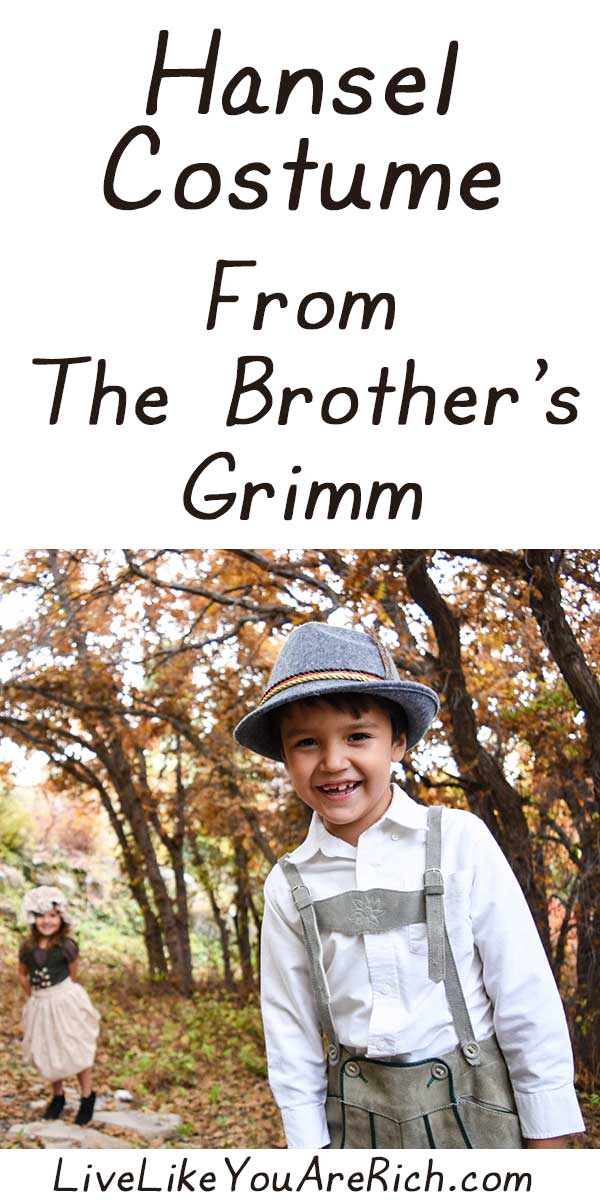 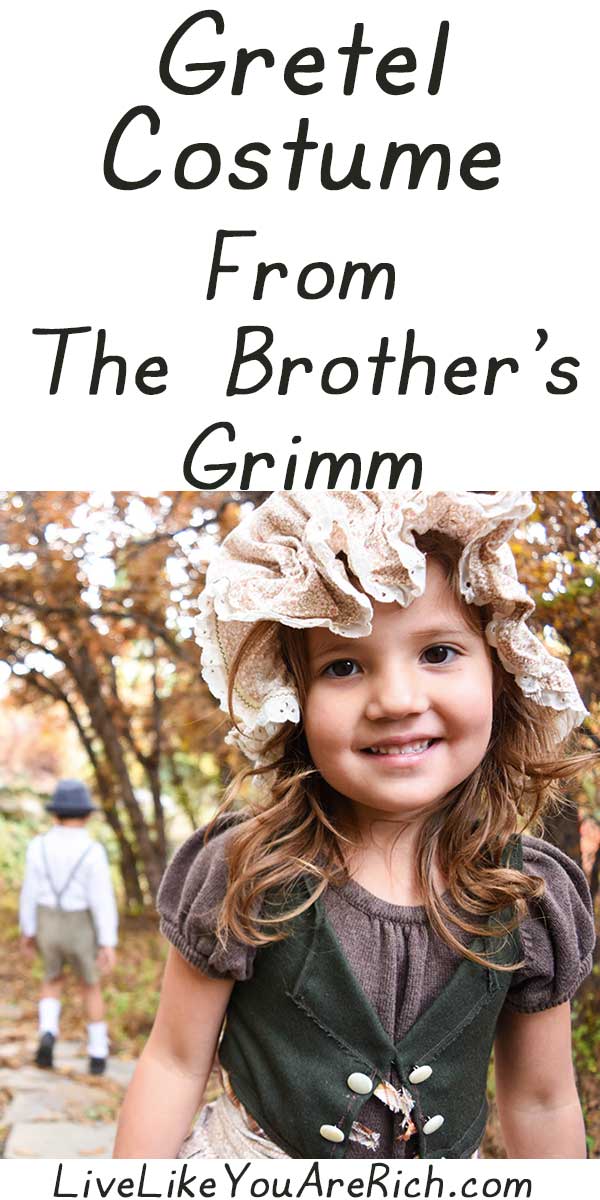 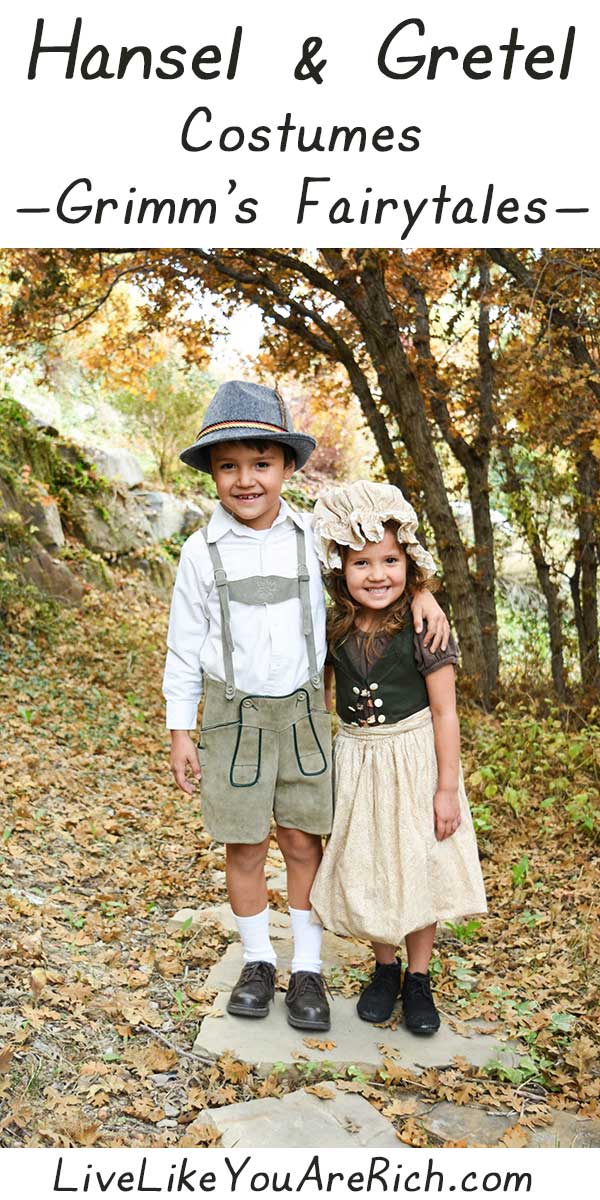 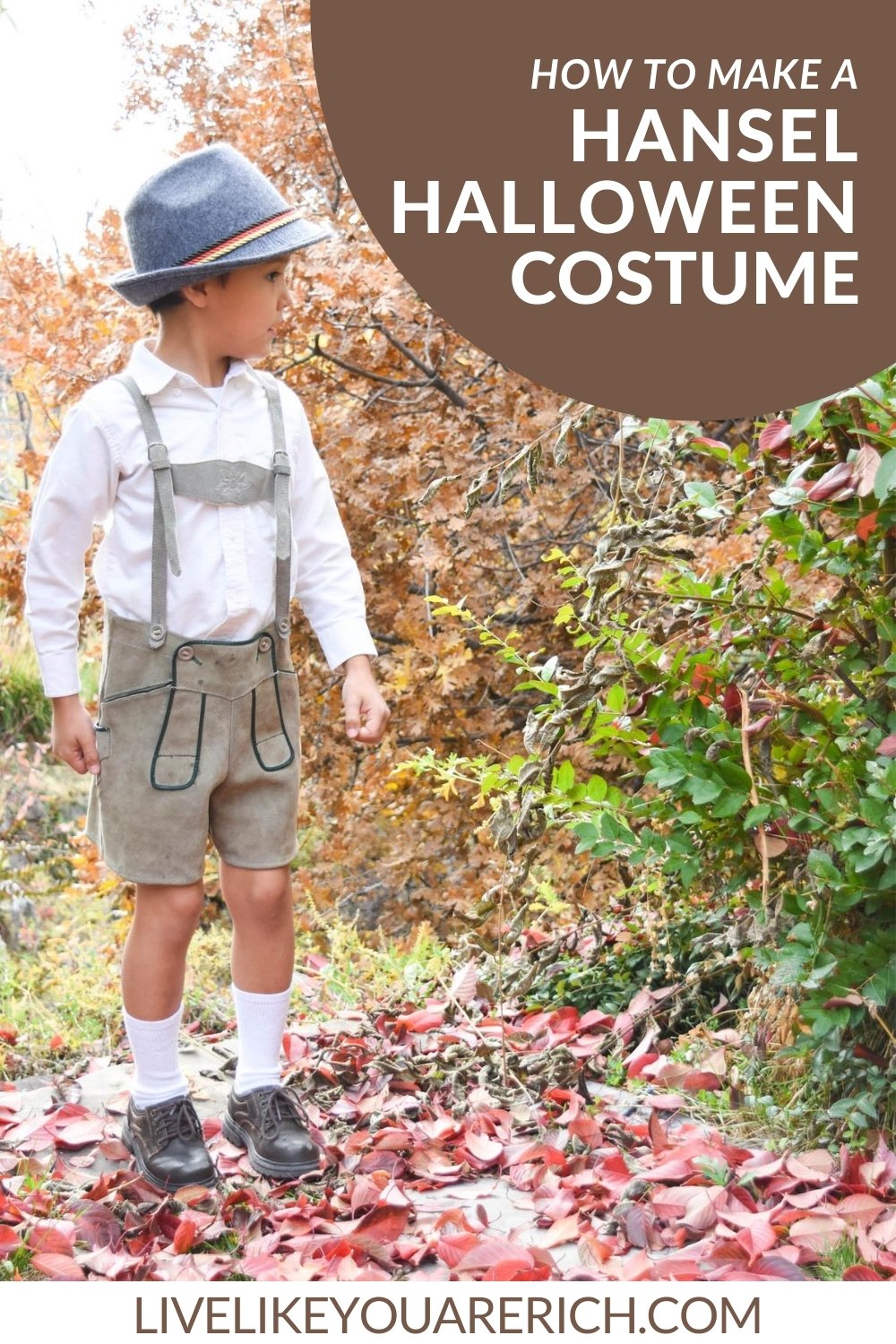 How To Make a Mr. Fredricksen Costume from the Movie ‘UP’.

I made this custom footprint doormat for some frie