The Ninja Party Activities we had at my son’s 6th birthday party were super fun.

I bought some black stretch fabric and cut them to be ninja headbands. The boys liked wearing them during the party. 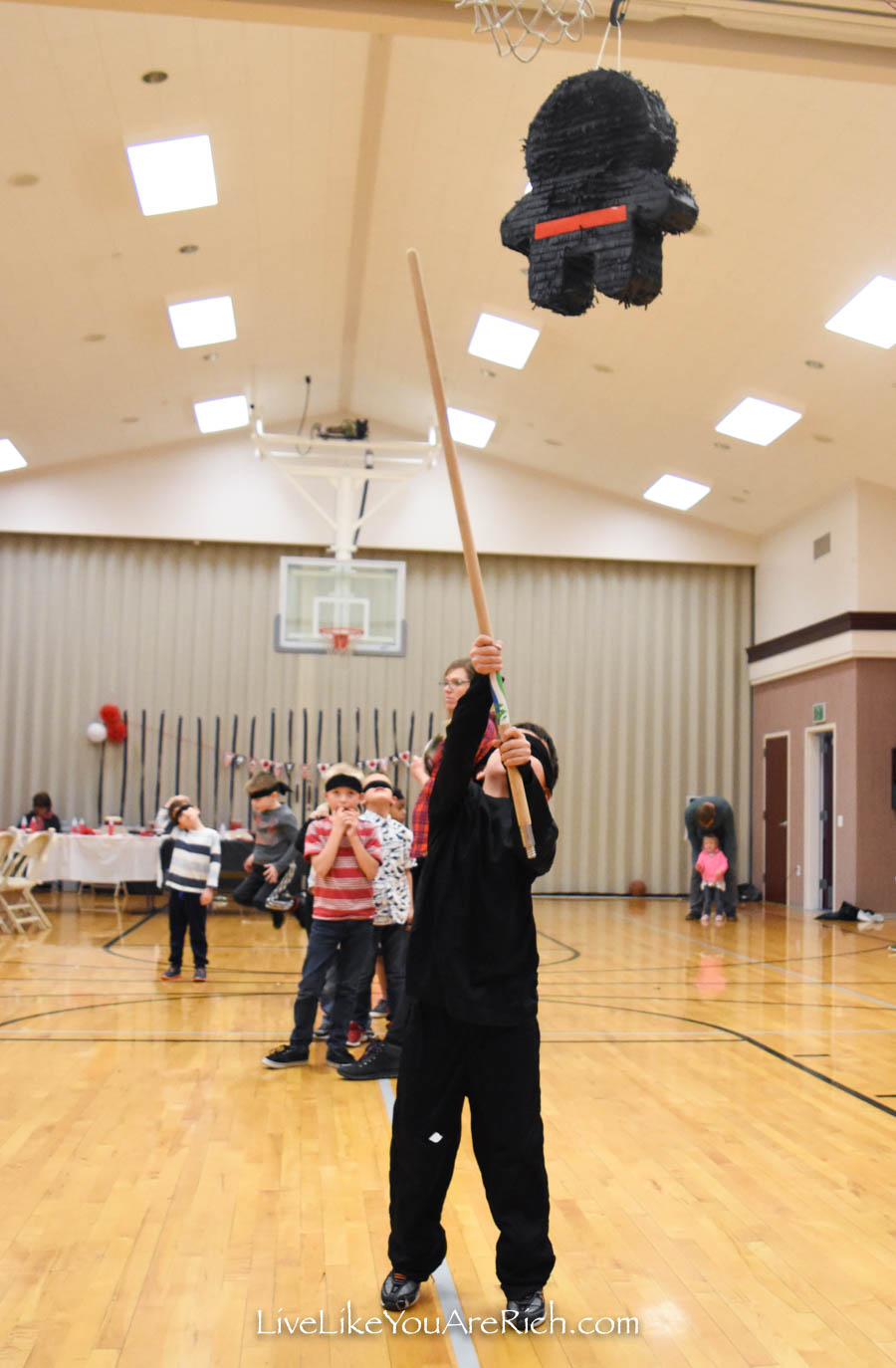 Plus, they worked great when we did the piñata because all they had to do was pull it down and use it as their blindfold. 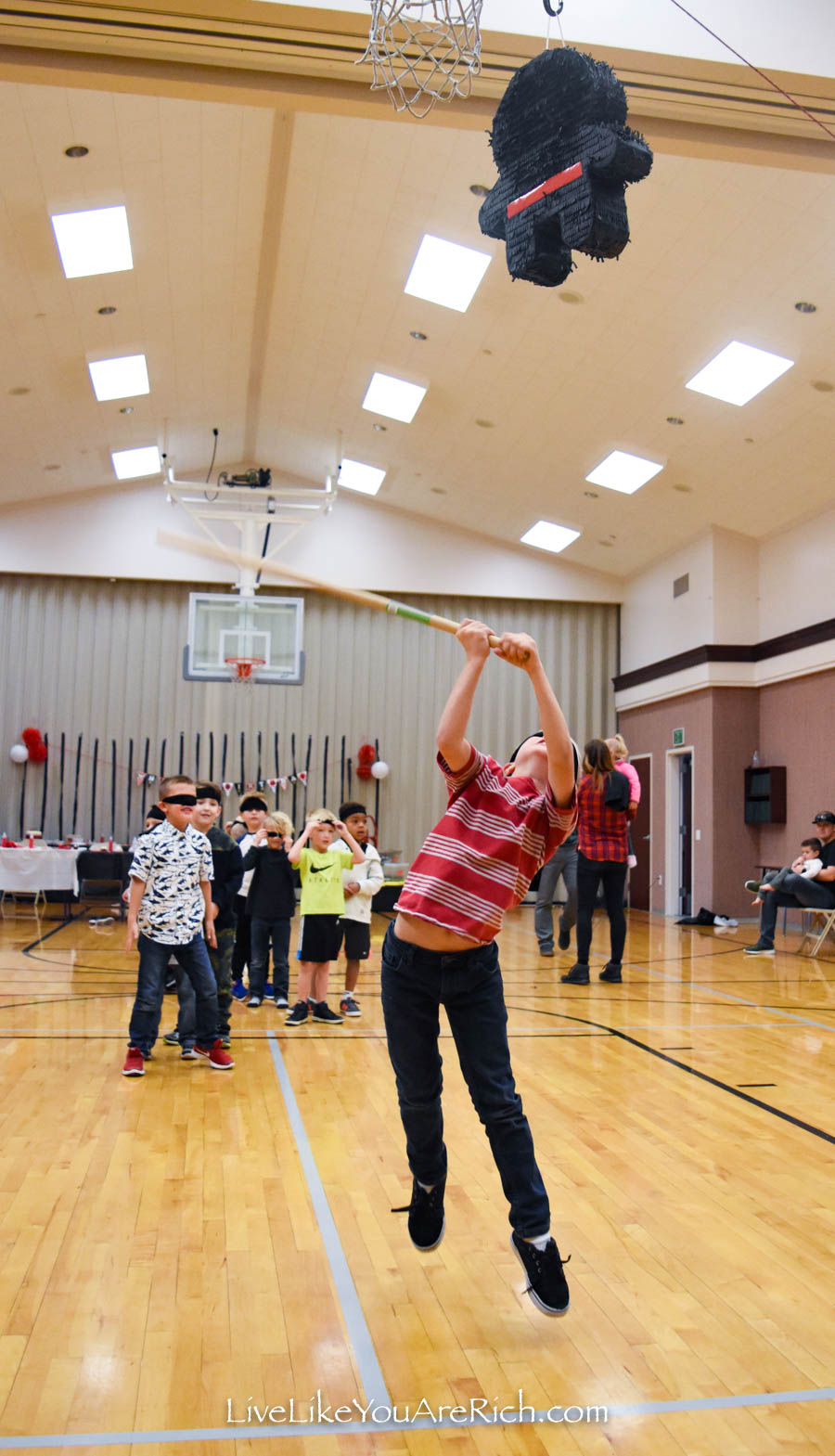 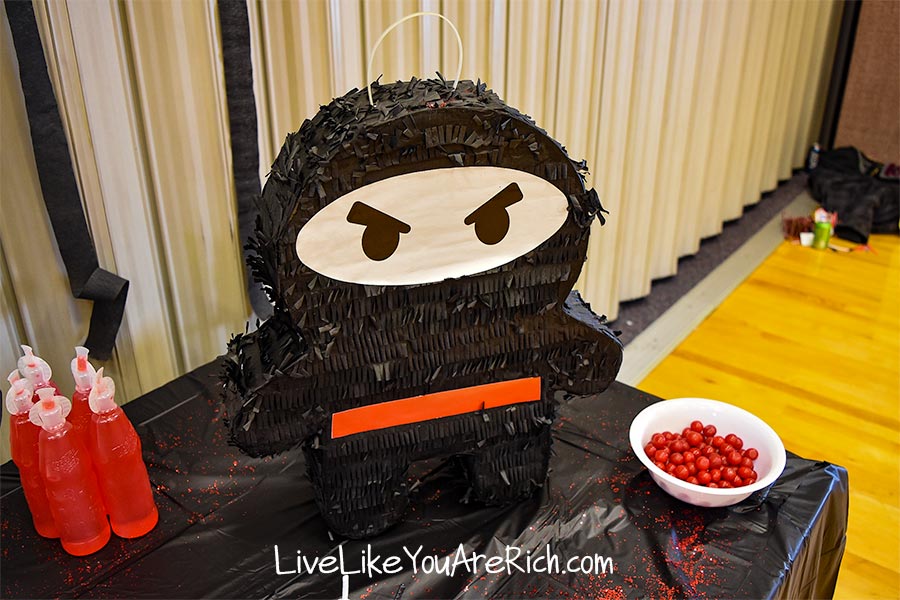 The Ninja piñata can be found here. I got mine from a local party store (it was cheaper there).

The game trailer brought by Epic Party Events was a huge hit. The boys got to play all sorts of games including Lego Ninja, Minecraft, Mario Kart and FortNite inside. 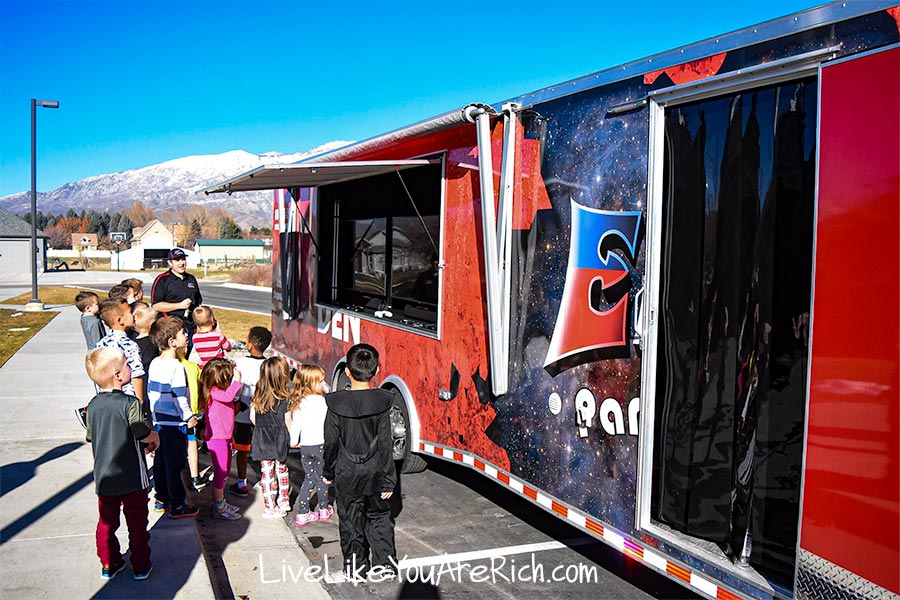 My daughter and her friends did the Just Dance games on the outside screens.

Inside there is stadium seating for tons of kids. There are 60 controllers and 8 screens which can be split to four players each. This allowed all the kids to play at the same time. 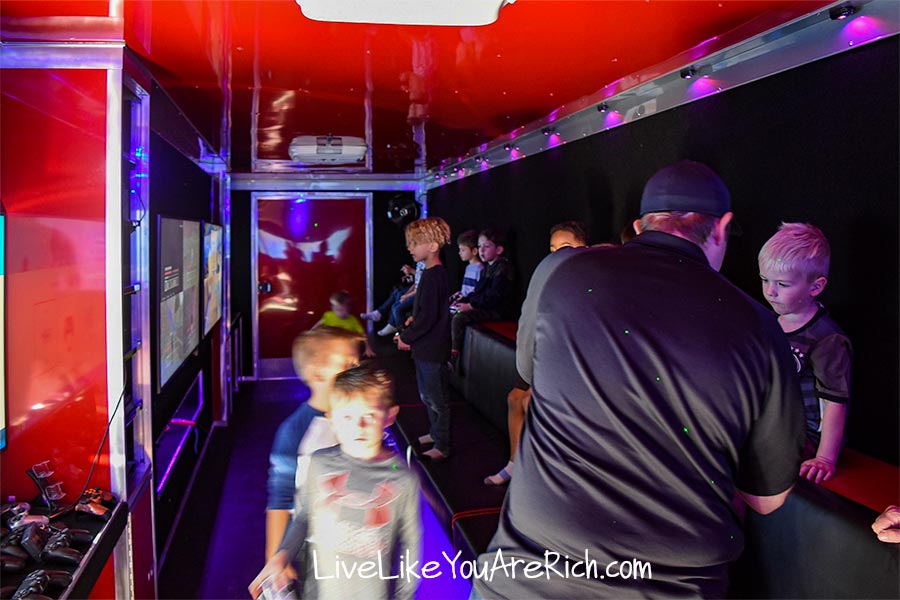 Plus the trailer was heated. No one wanted to come out of the trailer… until we told them that laser tag was set up inside. 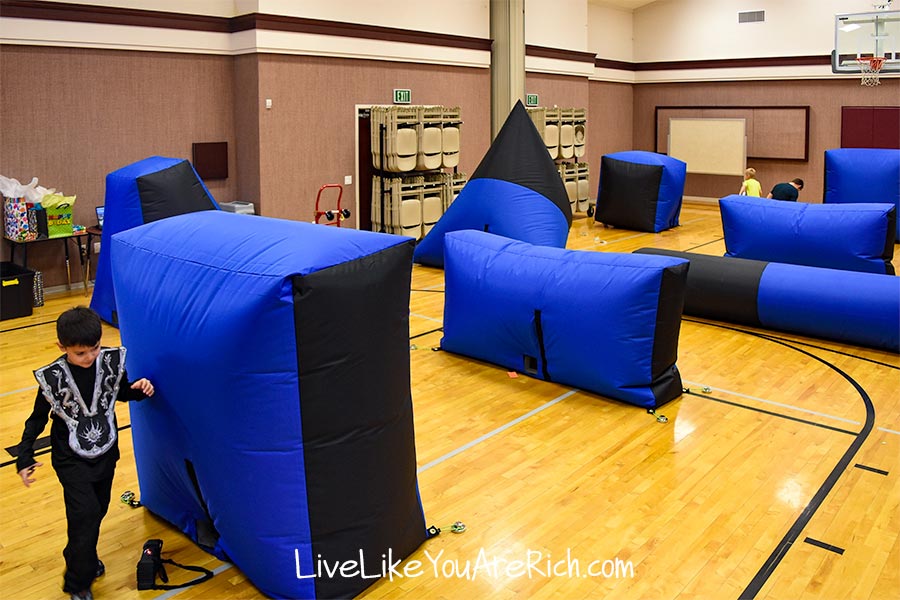 Epic Party Events laser tag set up the blow-up obstacles and outfitted each kid with a laser head-piece and gun. 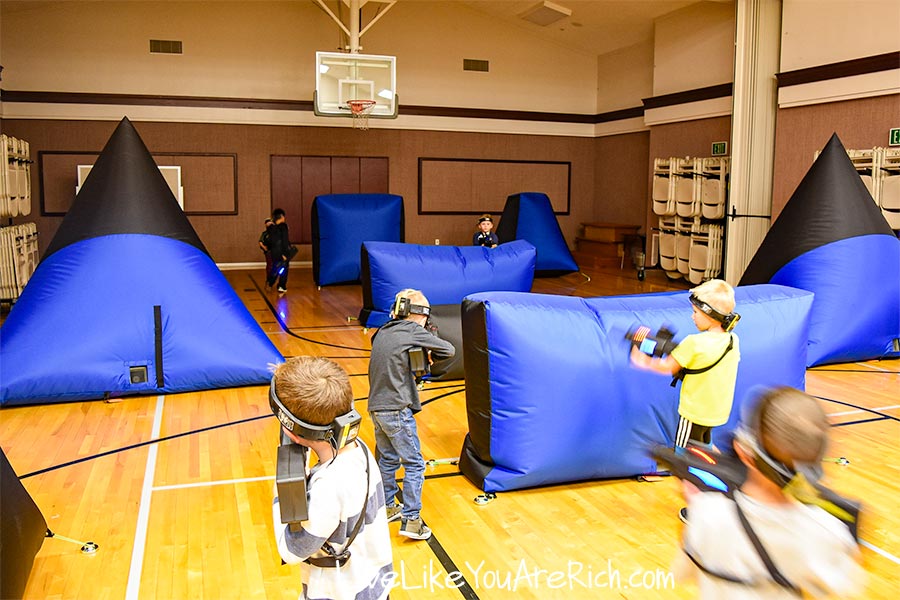 Once set up, we dimmed the lights and the kids had so, so much fun! 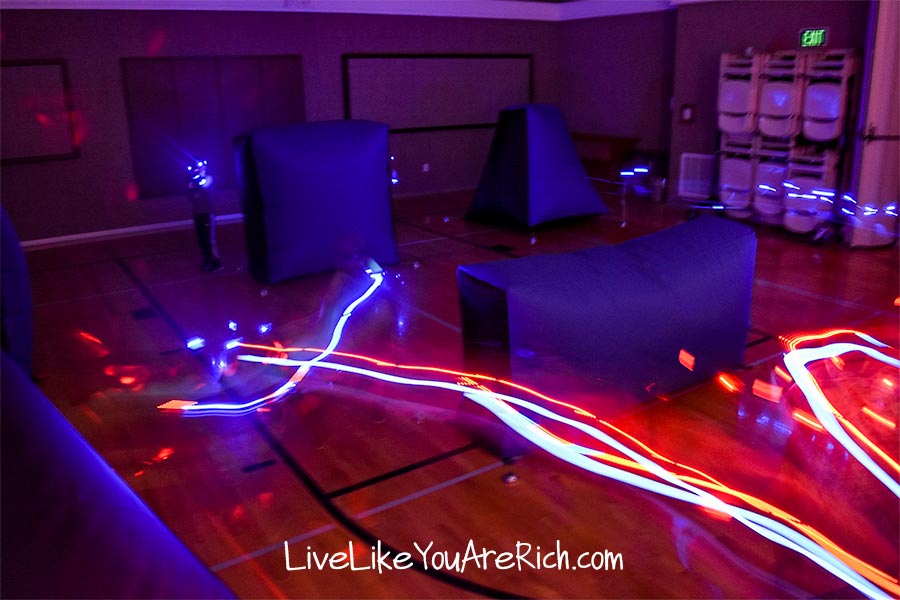 They were running and jumping, hiding, and tagging. 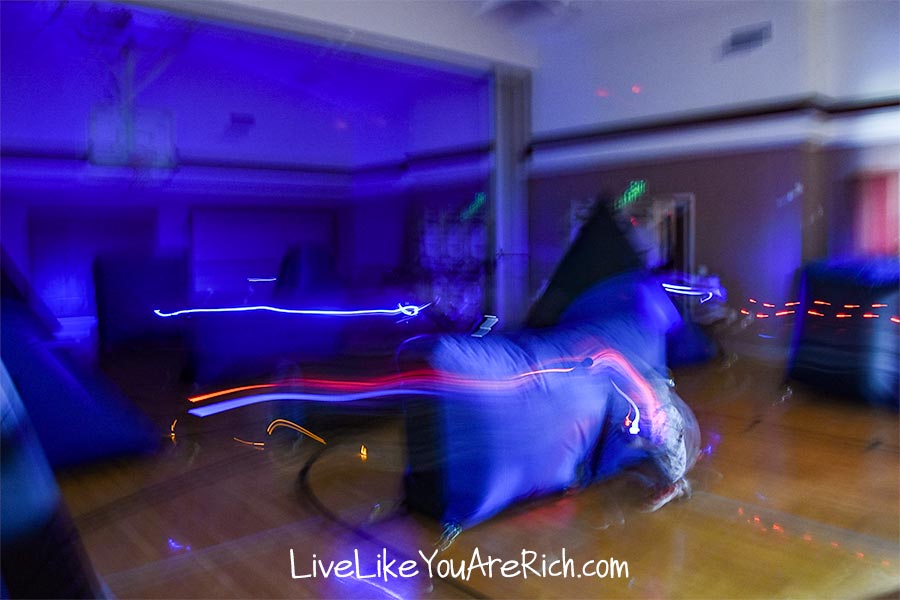 Nobody wanted to stop playing, including my husband.

The laser tag game set up can also be used outside, however, it is an awesome activity to do in a local church or gym—Epic Party Events even set up at aquarium here in Utah. It looks like it was pretty cool on the video found here.

My oldest two children have winter birthdays, so finding something fun to do is hard. Both the game trailer and the laser tag were perfect. 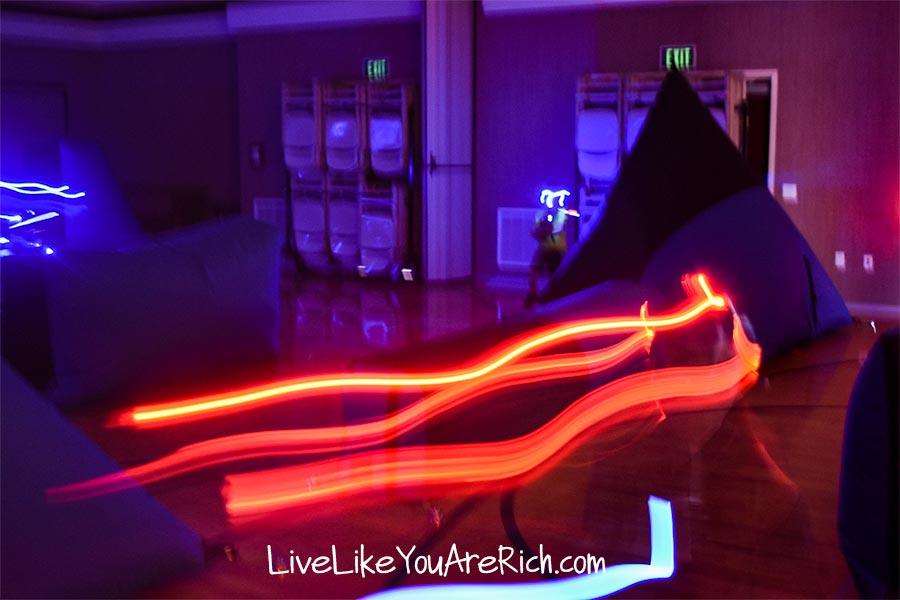 The game had a scoreboard which tracked which team won, what the score was, etc. 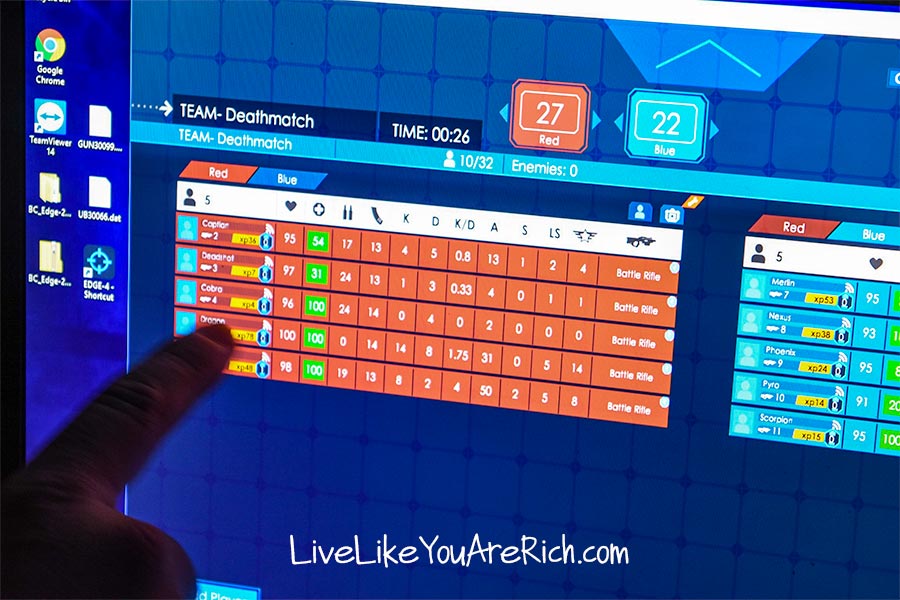 There are different sound effects and strategies for kids who want to play different options—including a stealth fight mode (more ninja-like).

I didn’t lift a finger for these activities which was so nice! I had the ability to have fun and play with my son and his friends. 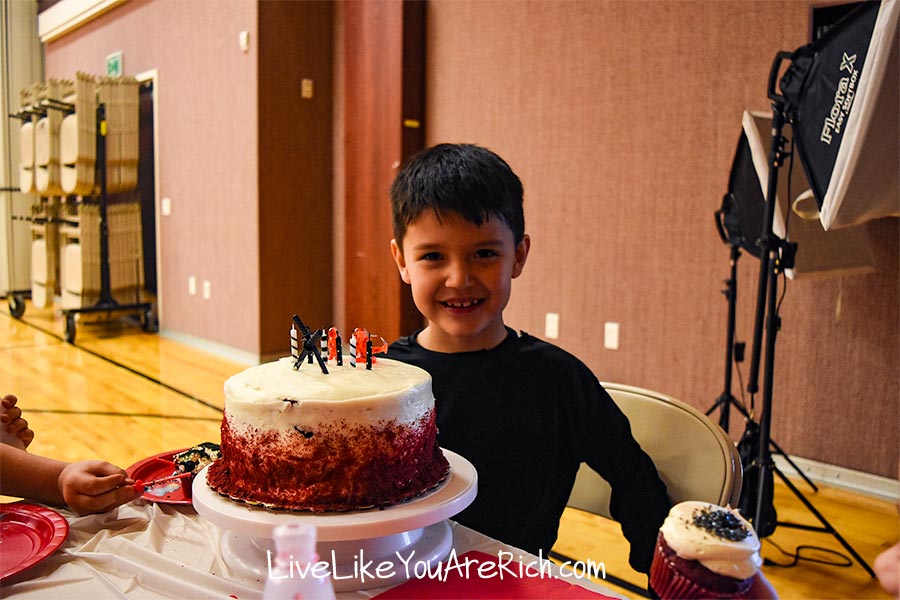 After laser tag, we had cake and ice cream. 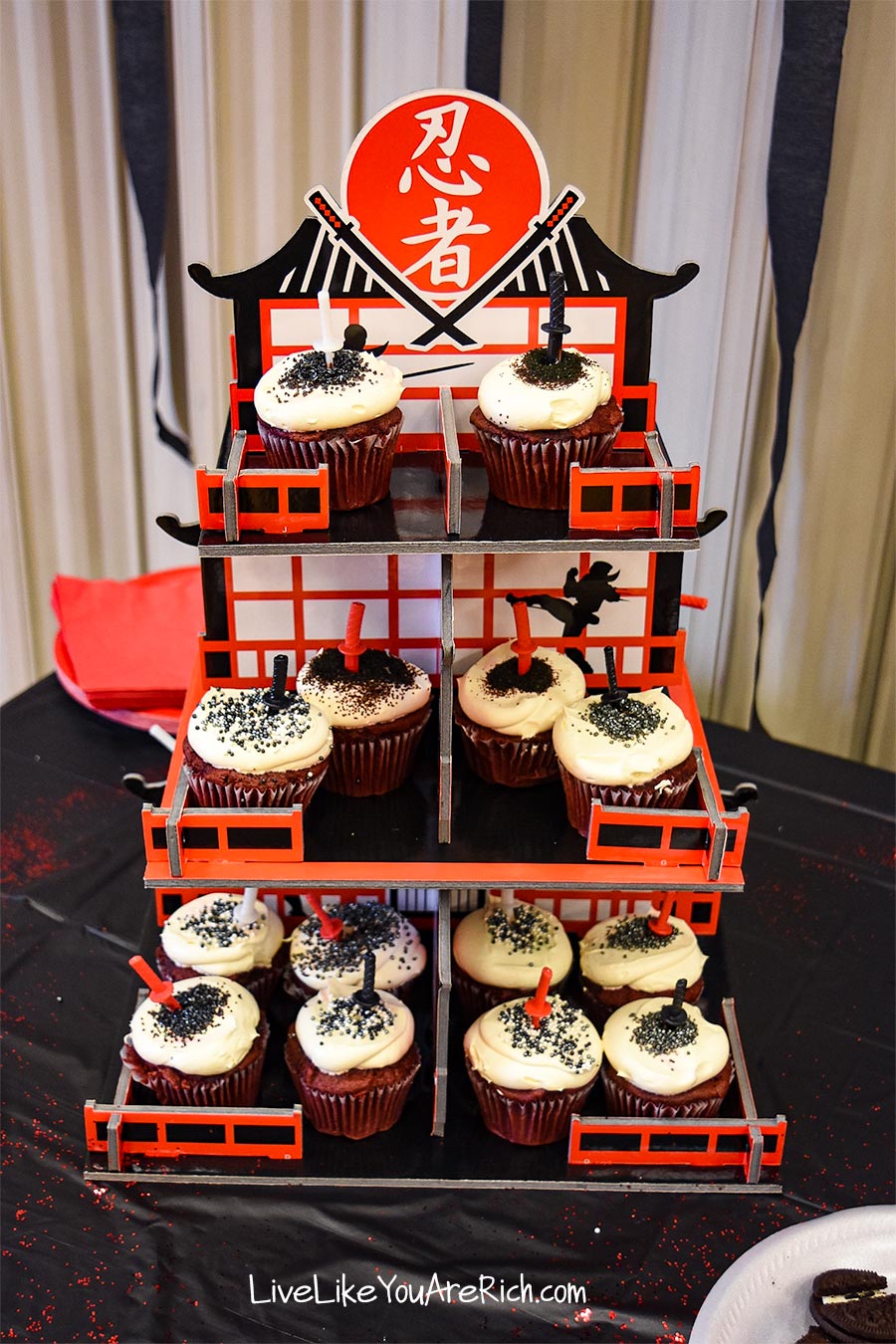 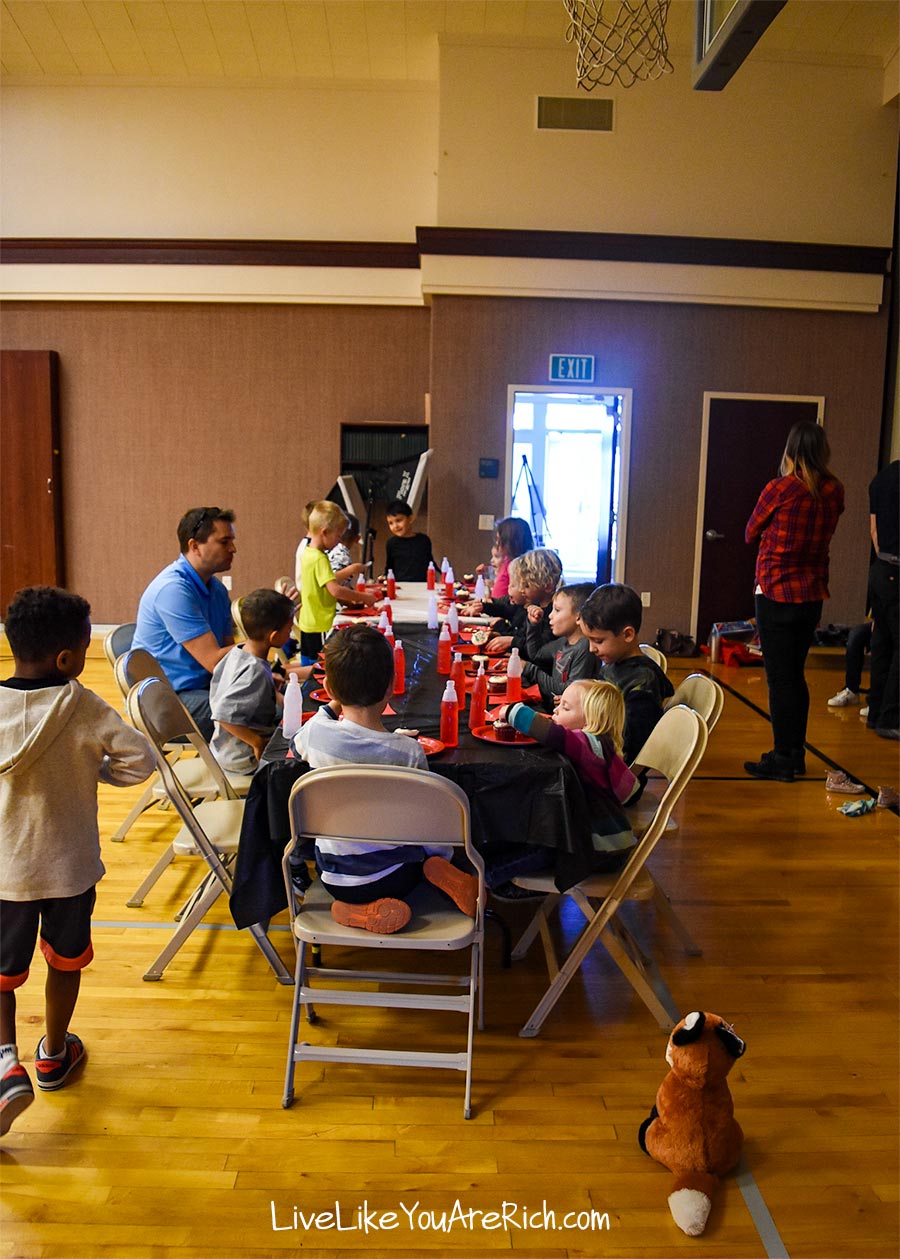 To finish off, we opened presents.

The boys had a great time and so did I.

Check out the Ninja Themed Food that was on our food table. 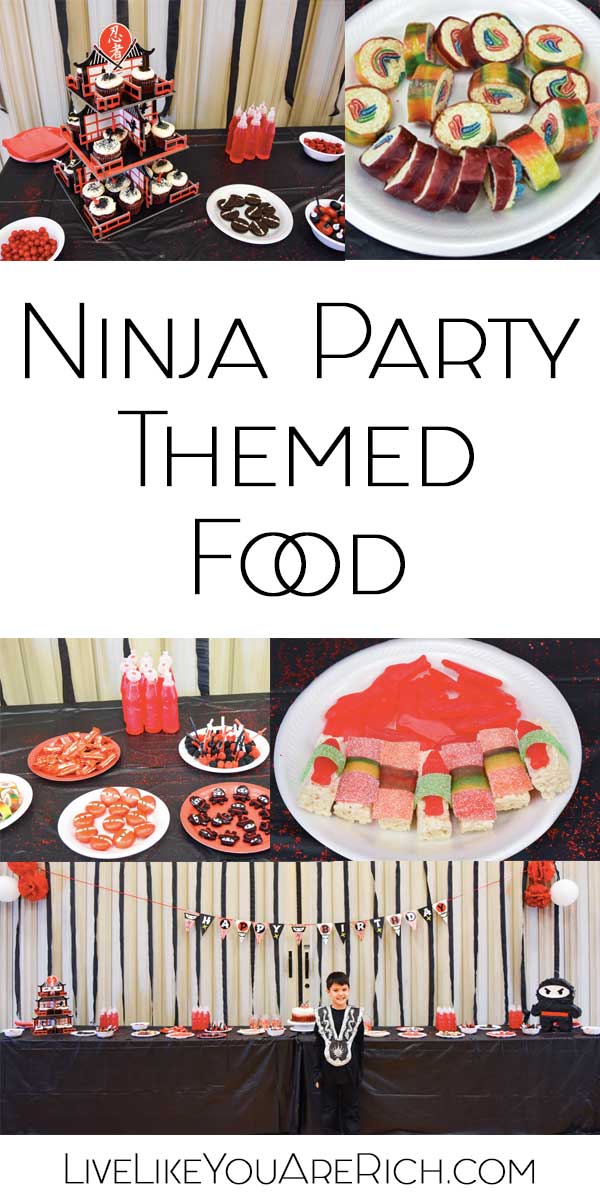 Hopefully, this has inspired some fun Ninja-themed Parties. 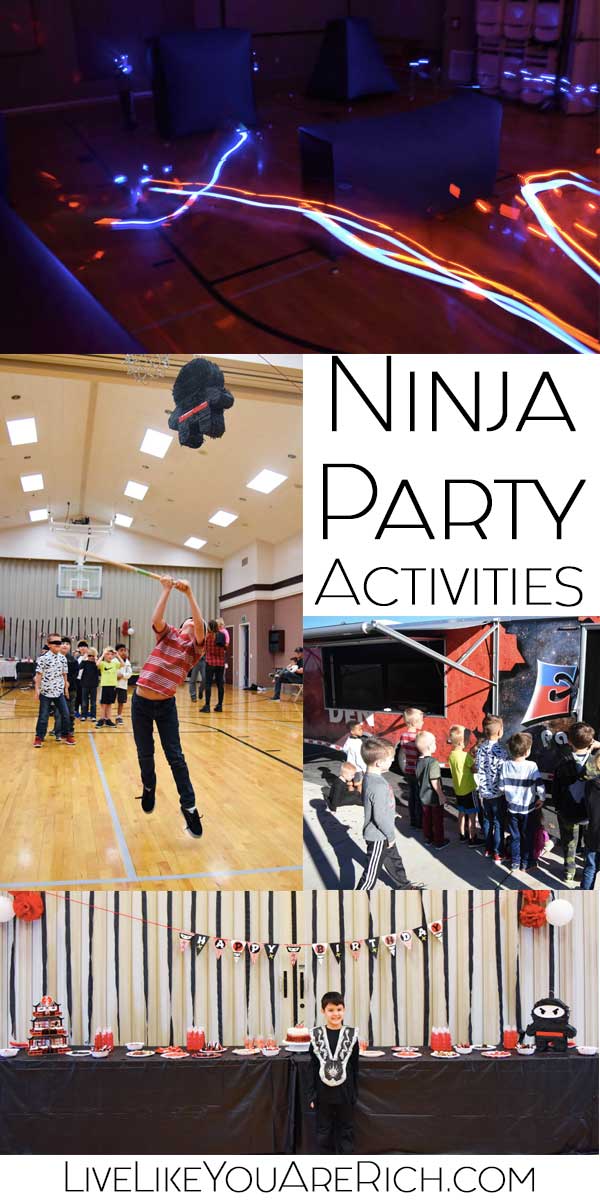