Before my son was born I was an office and hiring manager at a company. Each time I advertised to hire someone, I received over 100 resumes. I interviewed a lot of people. I’ve learned that there are things that can hinder your ability to be hired. There are also ways to increase your chances of getting hired as well.

Start by looking for jobs online, help wanted signs, and advertising yourself on social media. Search diligently each day. Once you have found a job to apply to, begin by doing these top 7 proven ways to get hired.

1. Fine tune your resume. The first thing hiring managers see is your resume. You want to make a great impression. It’s true what you hear, that employers typically spend less than a minute looking at your resume (unless it catches their attention). Here are some things to do and not do.

Often the first thing I would do after sorting through all the bad resumes is to take the good ones and do a quick Google search of each person. Immediately their social media pages would pop up. I’d spend a few minutes clicking through the photos.

It was surprising to me that people who were desperately looking for a job had 20 or sometimes even 100+ photos on their social media pages of them partying-hard- and/or lots of crude messages/updates. I recommend not putting that stuff up on the internet at all, but if you have already, then delete them (making them private doesn’t always hide them).

3. Follow up after you send in your resume. In my experience, a lot of people sent in resumes to me because it was a requirement for them to keep their unemployment. Further, resumes may get blocked and never make it into the right hands. Unless the ad says not to call, I recommend following up either later the same day or the next to make sure it arrived. Following up also gets your resume on the top of the stack or starred in their inbox.

4. Follow instructions VERY CAREFULLY. After these first few steps, I would send a short task to the applicants I was interested in. I did this for multiple reasons. A few of them were to ensure that they:

After I got the questions back, those who exemplified the aforementioned qualities would be called for an interview. So even if you are asked to do something really simple, follow the instructions carefully and complete the task thoroughly.

5. What to do at the interview.

6. Find out about the company. I was always really impressed when those who I interviewed had taken the time to find out about our company beforehand. It was a huge green flag for me. So mention it once or possibly twice. Often a smooth way to mention it without seeming like you are ‘trying’ to impress could be at the end.

Often the interviewer will ask, “Do you have any questions for me?”. At this point you could say, “I was looking on your website and it looks like you deal with ___________, if I were hired would I be involved in that?” or “It looks like your company specializes in _______. That is really interesting, how long have you been doing that?” This shows that you take initiative and that you are serious about the job.

7. Once you are hired do all you can to keep your job. Try to start when your employer wants you to start. After that (even if your employer doesn’t mention it), treat the first 30-60 days as a trial period. You are easier to fire now (when you are new and training) than you will ever be. So make sure to be on your BEST behavior.

Show up ON TIME. Don’t call in sick (if at all possible). Study after hours. Take notes. Learn all you can. We hired and then quickly fired in this first 30-60 days. Many times new hires wouldn’t show up on time, were constantly sick, and/or weren’t working hard. Also, don’t talk back. If someone would talk back to me or to other managers early on we would start with the warning/firing process. If you don’t have one, work on developing a good work ethic. Give your all at your job (no matter what it is) and your odds of keeping it will be much higher.

Getting hired is a process but if you follow these top 7 steps you will get a job much quicker than if you don’t.

If you are tired of trying to get hired and want to start making money legitimately from home I’ve interviewed 30 women who work legitimate jobs at home you can read their interviews, how they got started, how much they make, etc. here. How to Legitimately Make Money From Home. 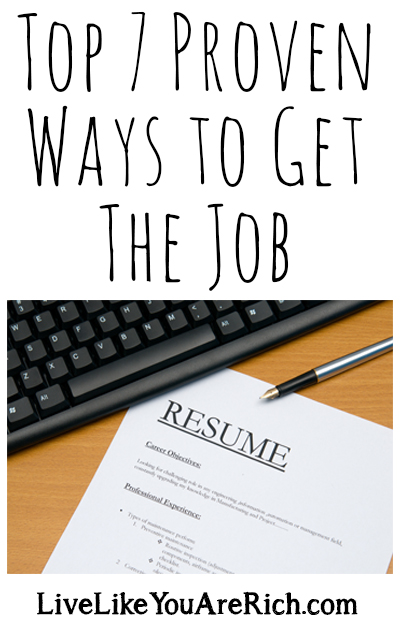 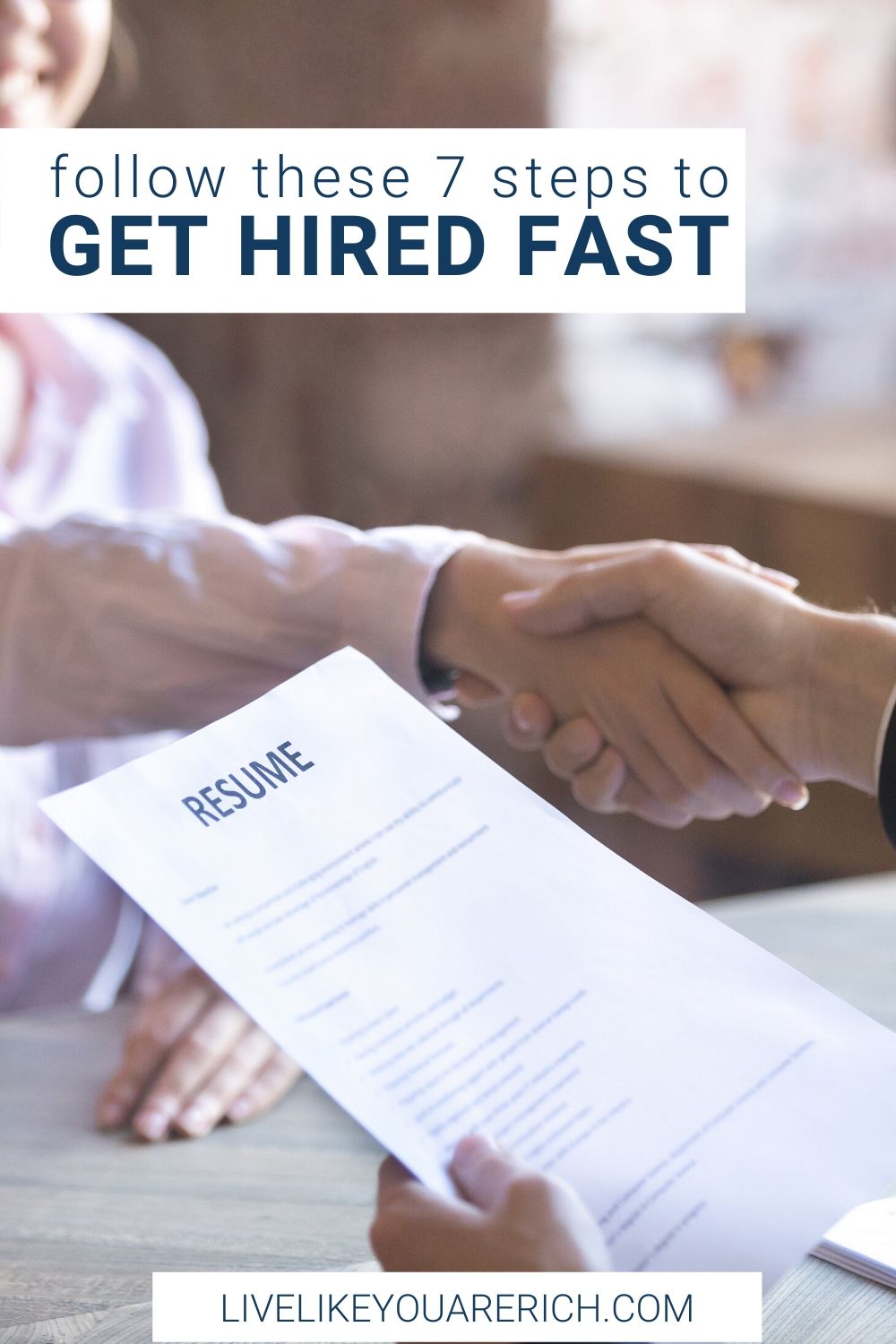 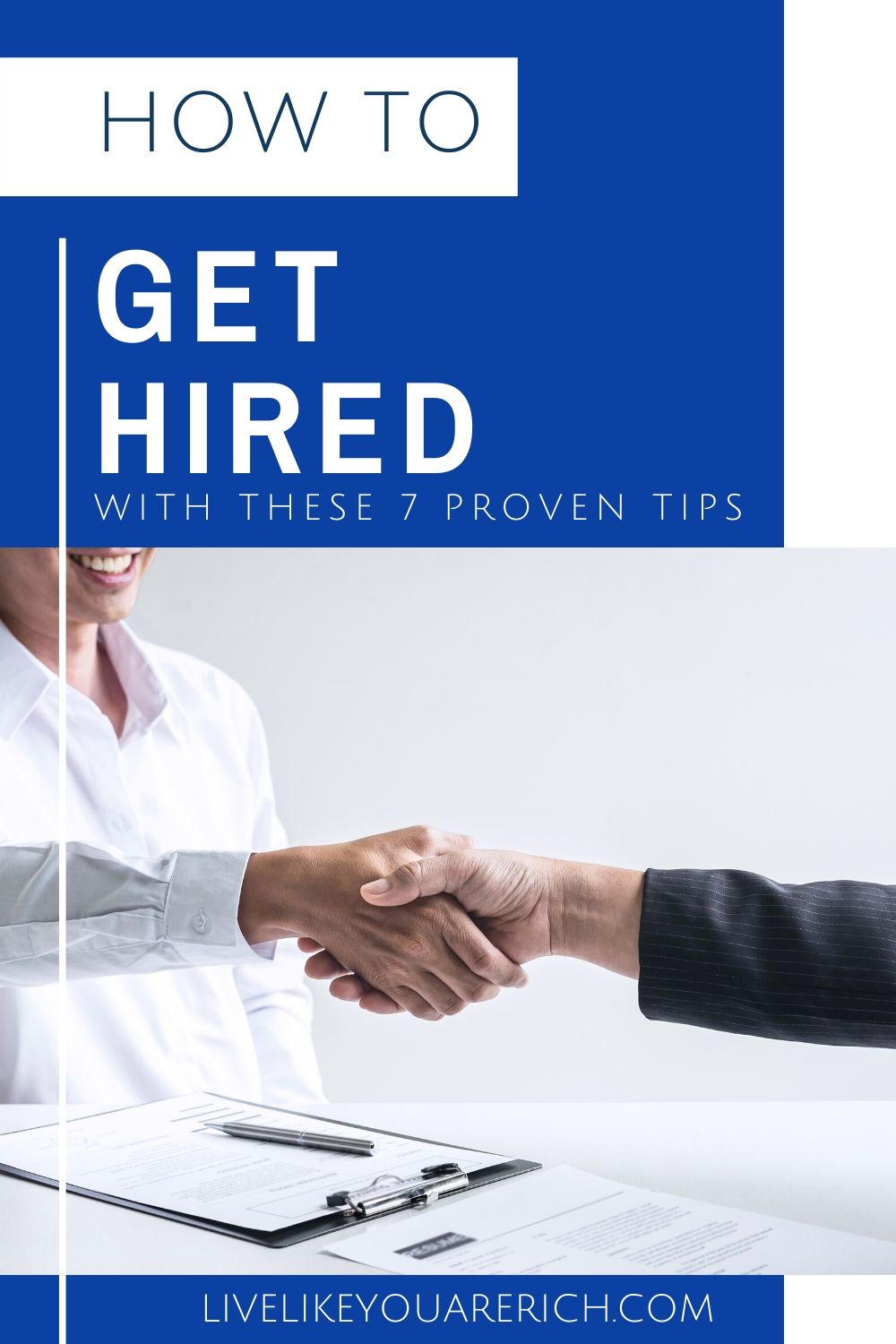 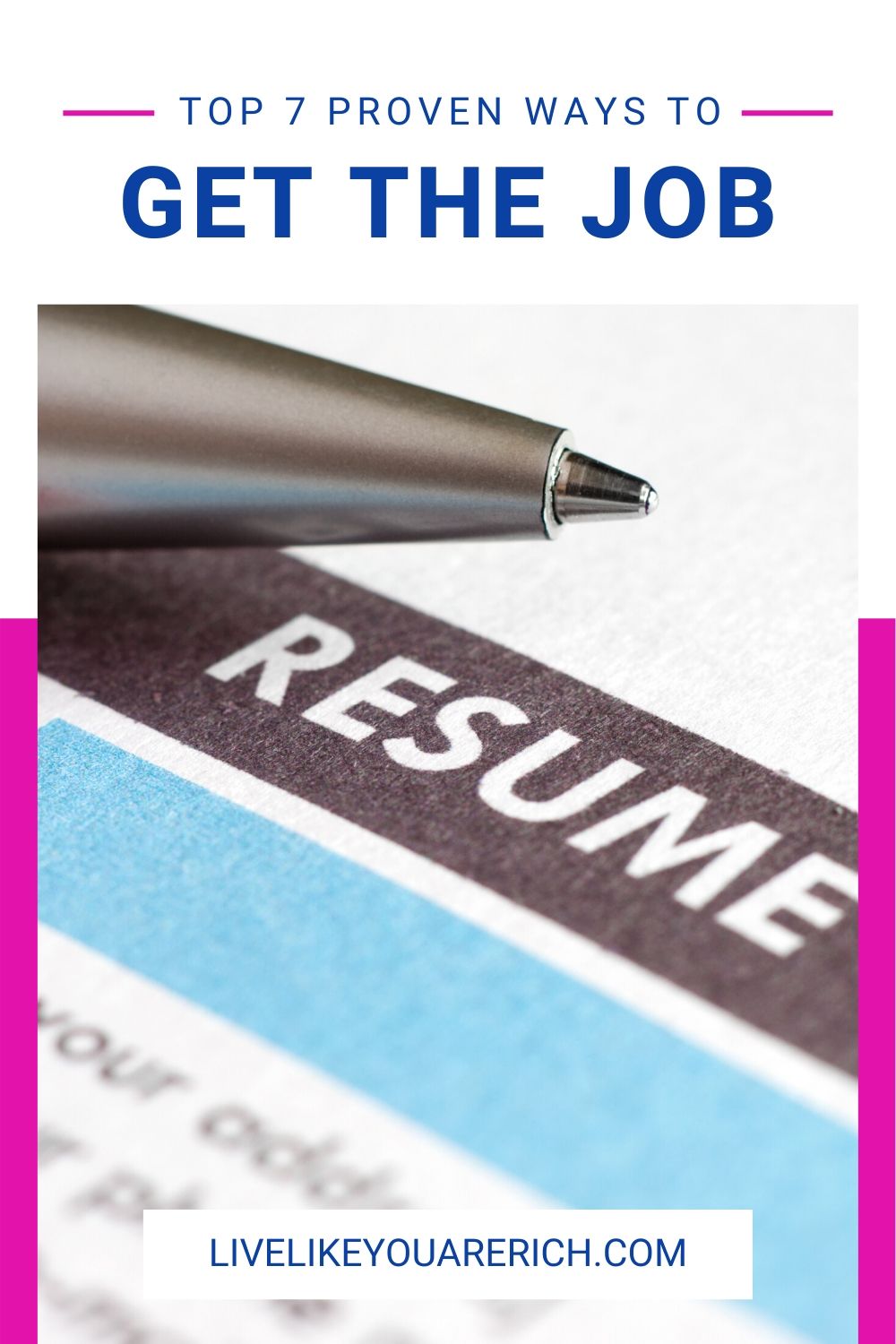 How to Become a Virtual Assistant

How to Make Money Blogging