This is such a simple Hedwig No Sew Baby Costume. 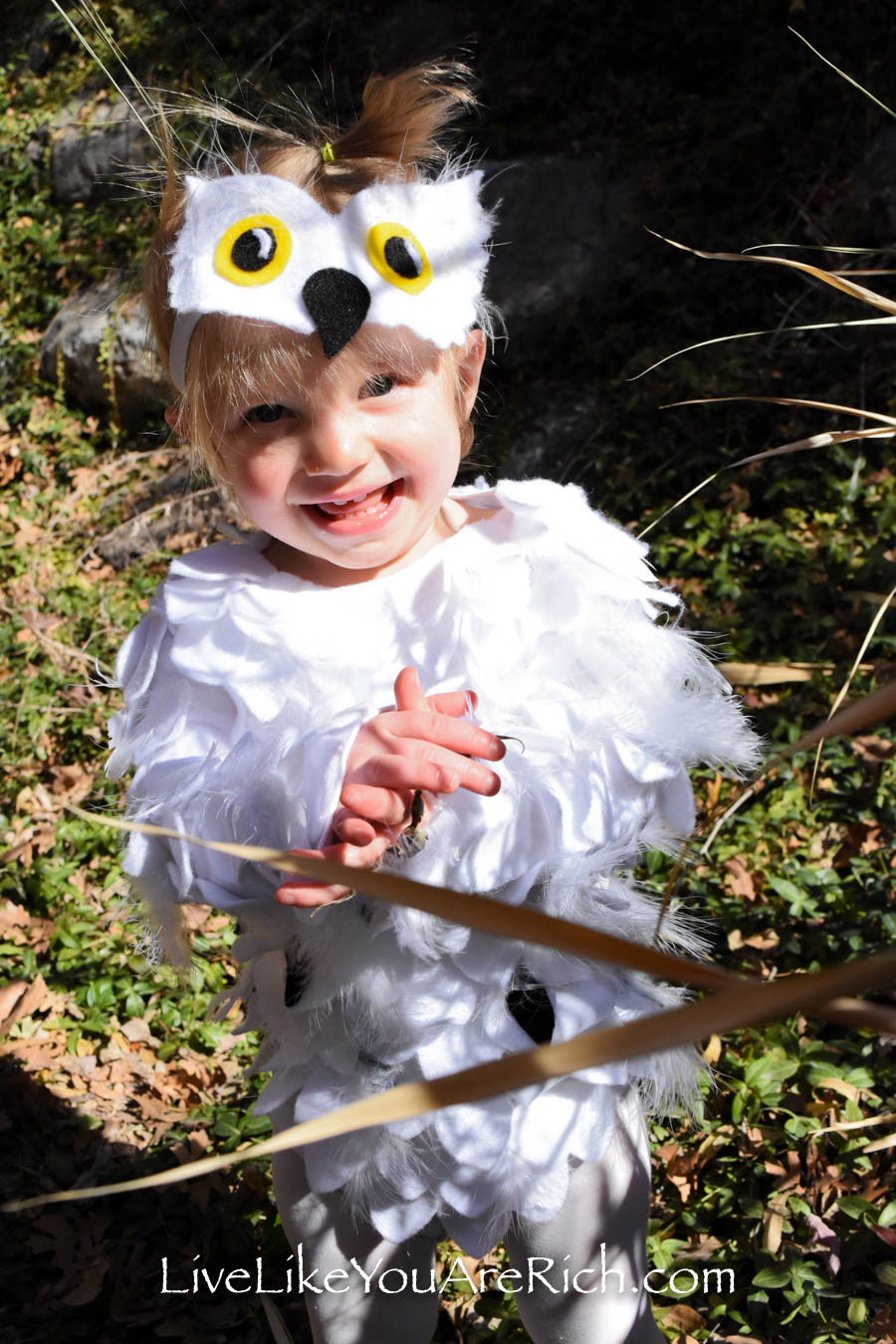 It was easy, quick, inexpensive, and turned out very customized and cute. It only took my daughter and I about two hours to make. Plus, it cost less than $15.00. Here is how we made it.

I also appreciated the fact that my baby didn’t have to hold anything to wear it. The costume is similar to what she normally wears daily, so it felt natural and easy for her to walk around in.

White felt (1 yard) for the feathers and mask

You could get a multi pack of felt— like this for the yellow and black felt. 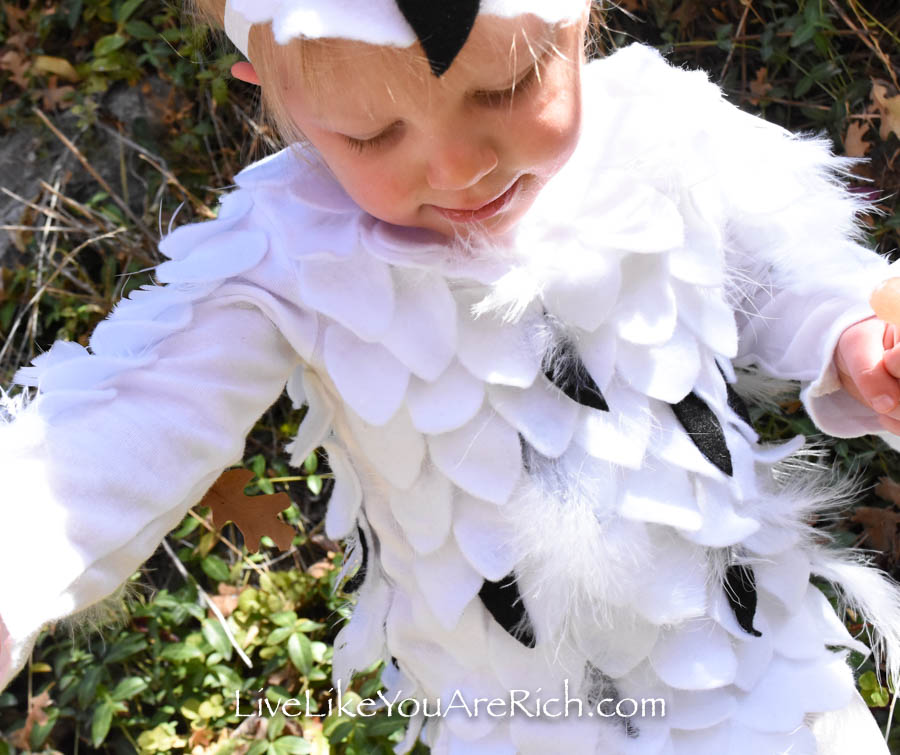 I already had white tights, white shoes, a hot glue gun, glue, and a headband I could use for this costume.

I went to JoAnn’s craft store and was able to find the felt and feathers. With coupons, my total was less than $10.00.

I got a white onesie from Target with long sleeves for under $5.00. 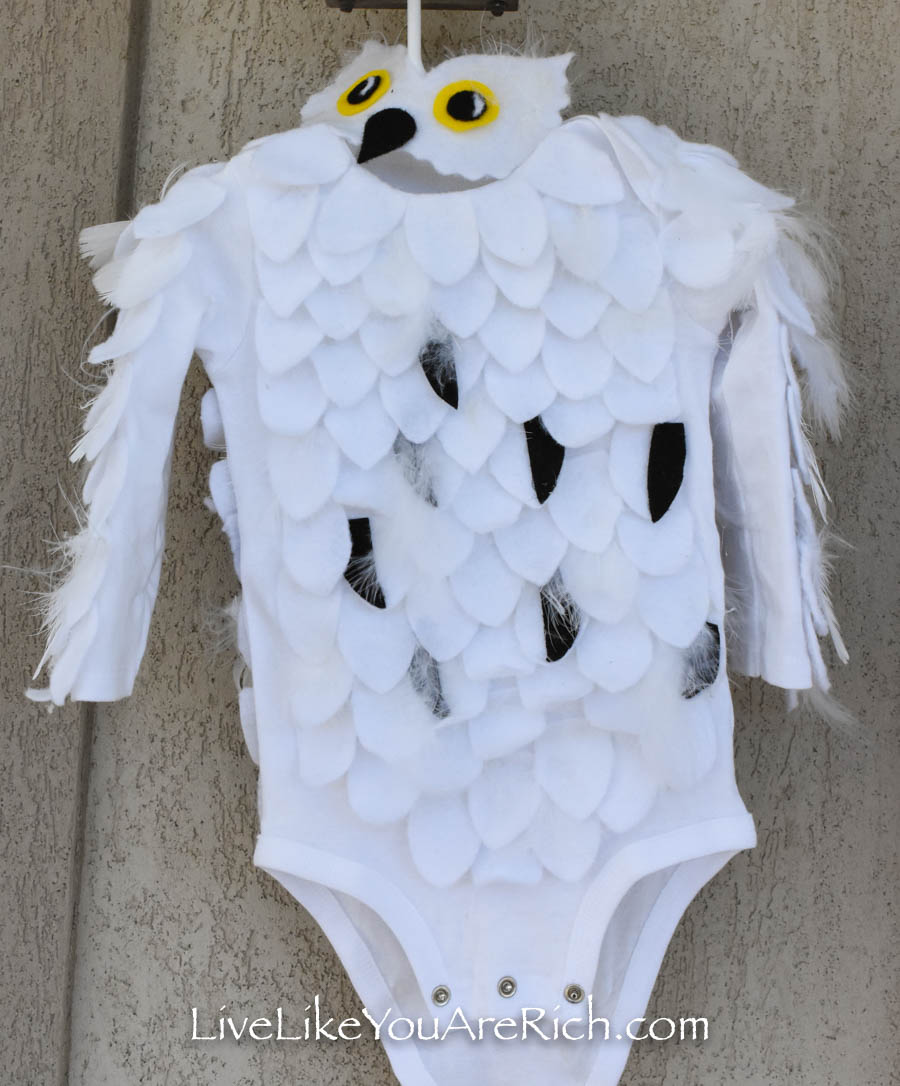 Then, I followed a tutorial I found here for a baby owl costume. I made a few changes to it (see below), but I was extremely grateful for her darling Cricut designs. I bought them for .99 each x2= $1.89. 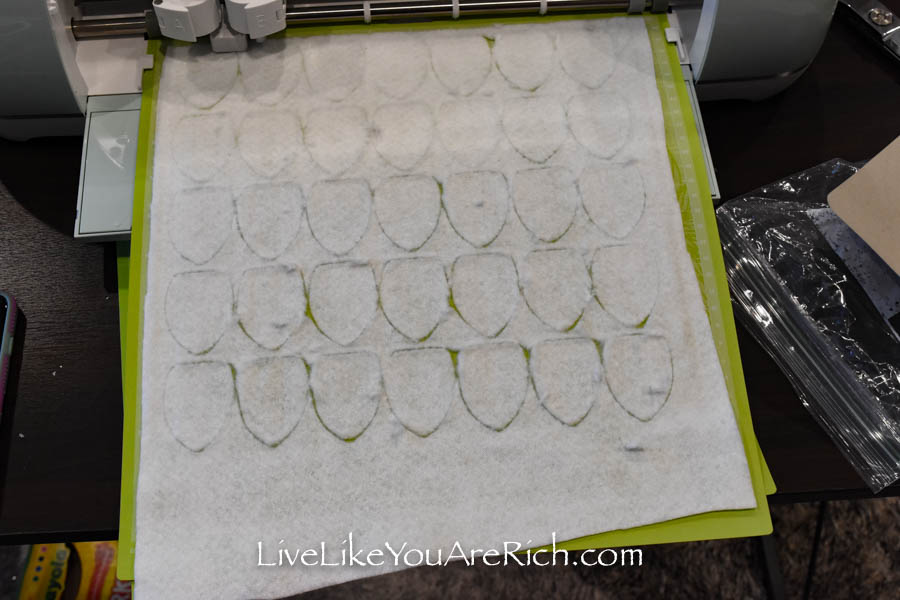 I tried to have my Cricut cut the owl feather and mask designs. Even using a Cricut fabric blade and a fabric mat, my daughter and I ended up having to trim almost every cut out. I don’t know why, but the felt just did not cut clean. My daughter and I quickly trimmed each feather to clean it up before gluing it on.

I do think it was faster overall to have the Cricut cut out first and we just trim second. However, don’t be discouraged if you do not have a Cricut machine, you can just trace out a pattern and cut these out by hand. If you have someone to help, it will not take too long. 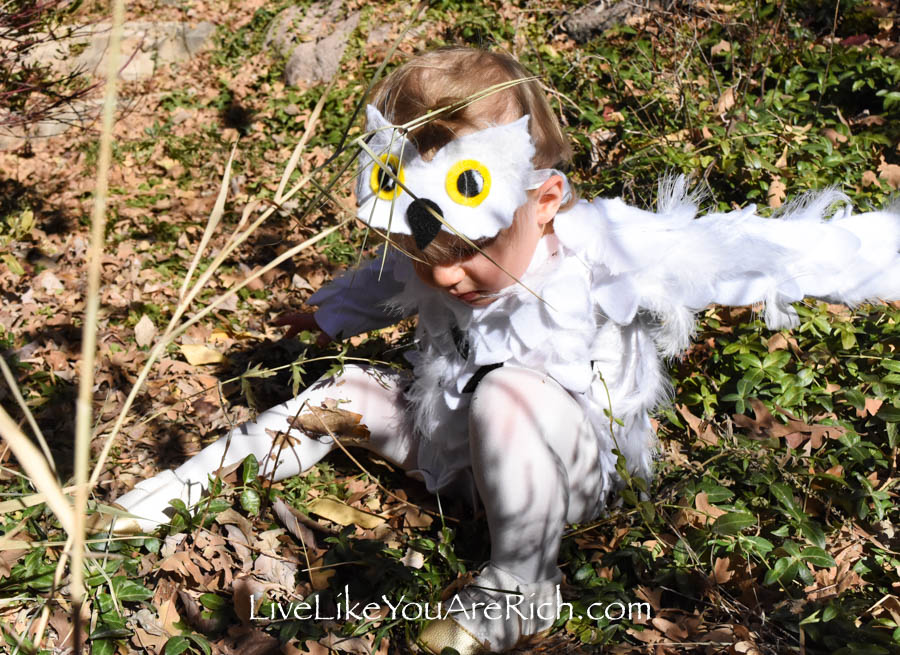 Note that instead of making a cape with elastics and safety pins as the original tutorial had made for that baby, I just added feathers to the back and arms of the onesie.

I found this took less felt, it was less time consuming, and my one year old didn’t have any option to fight with a cape which I know she would have. 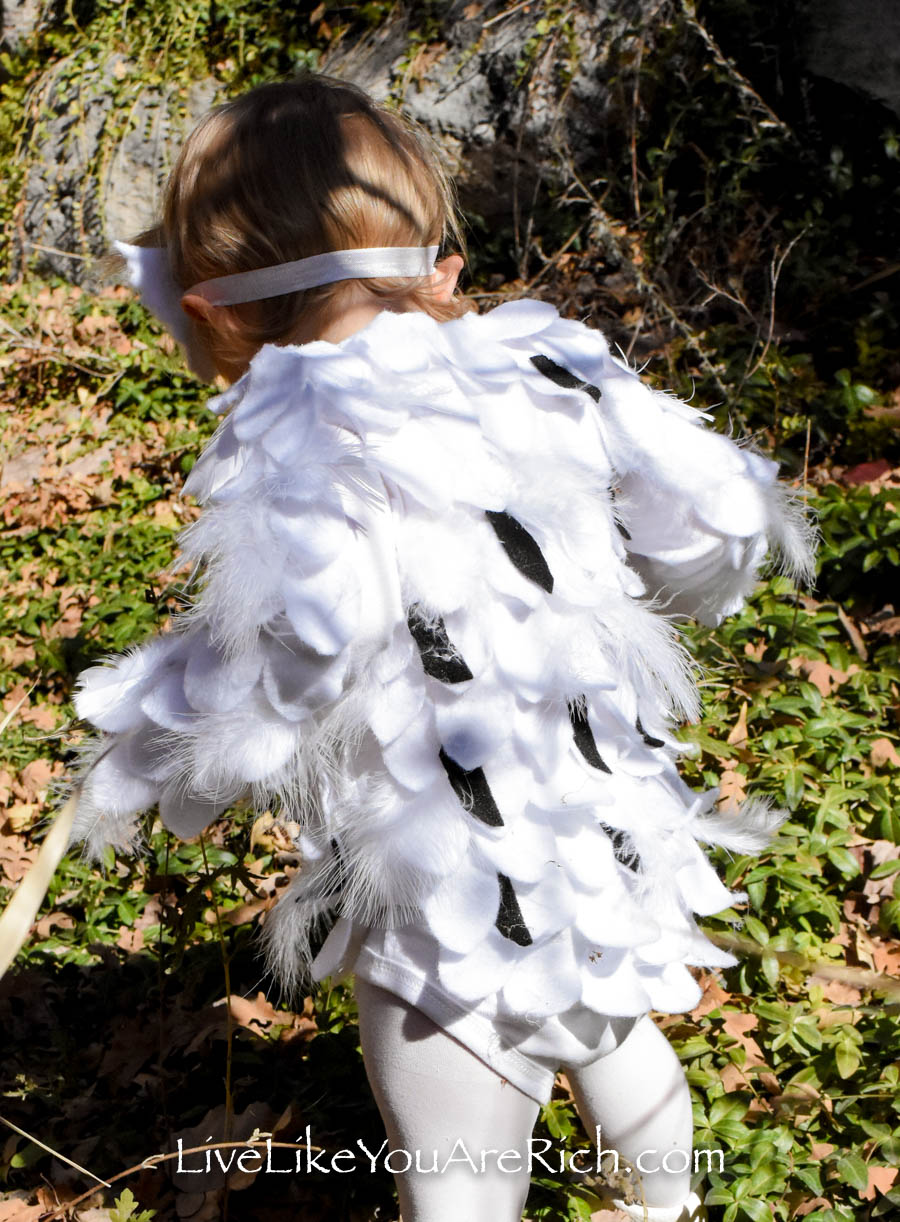 While the Cricut cuts out the feathers, put card board in the middle of the onesie. 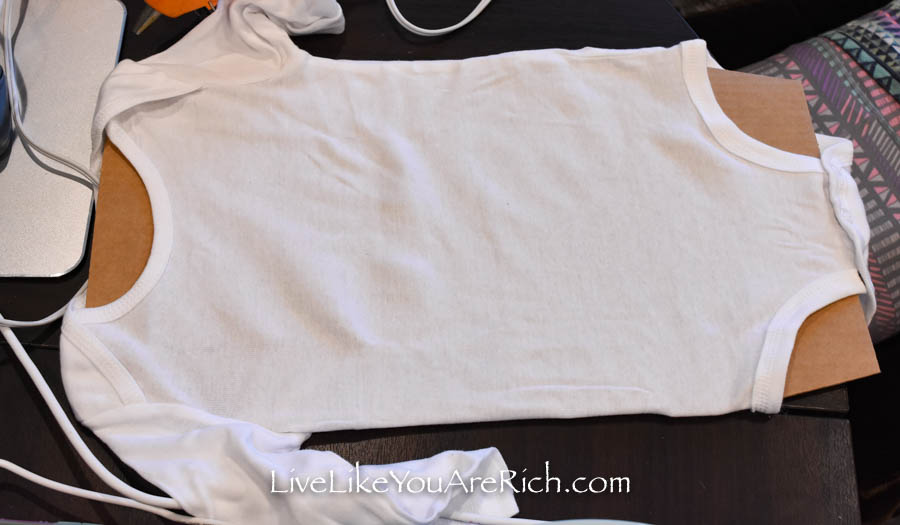 Start gluing feathers down in the following pattern. Make sure to leave space for the onesie to button in the diaper area without felt or feathers to annoy the baby.

If you have a helper, you can divvy up tasks. My daughter and I had a system where I was using the glue gun to put the glue in the proper spot and she would place the feathers and push them down into place. 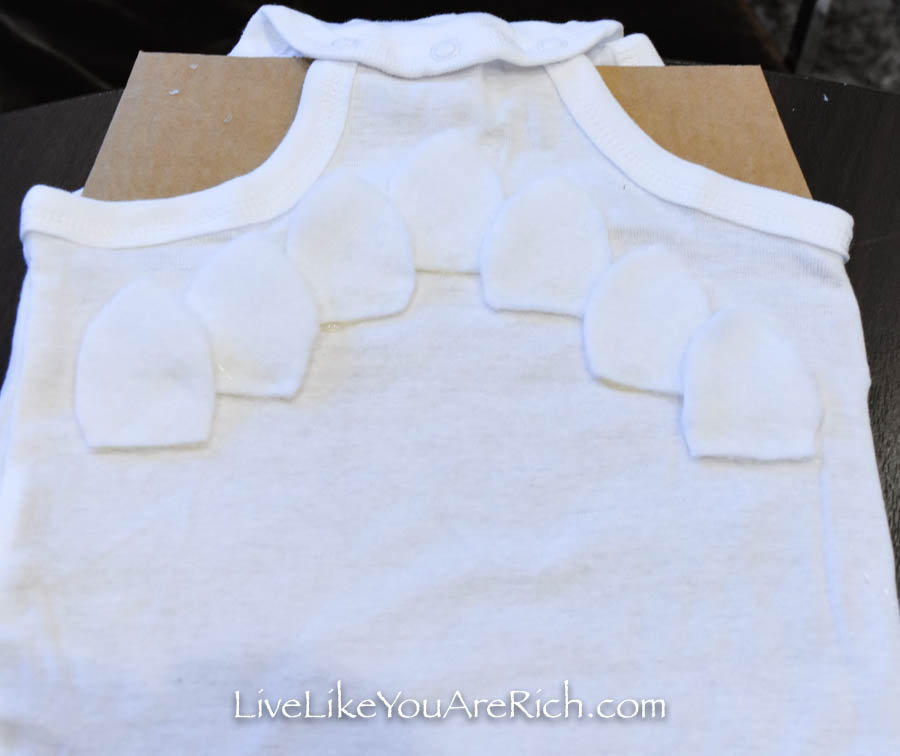 At the top, make a necklace of feathers around the collar. 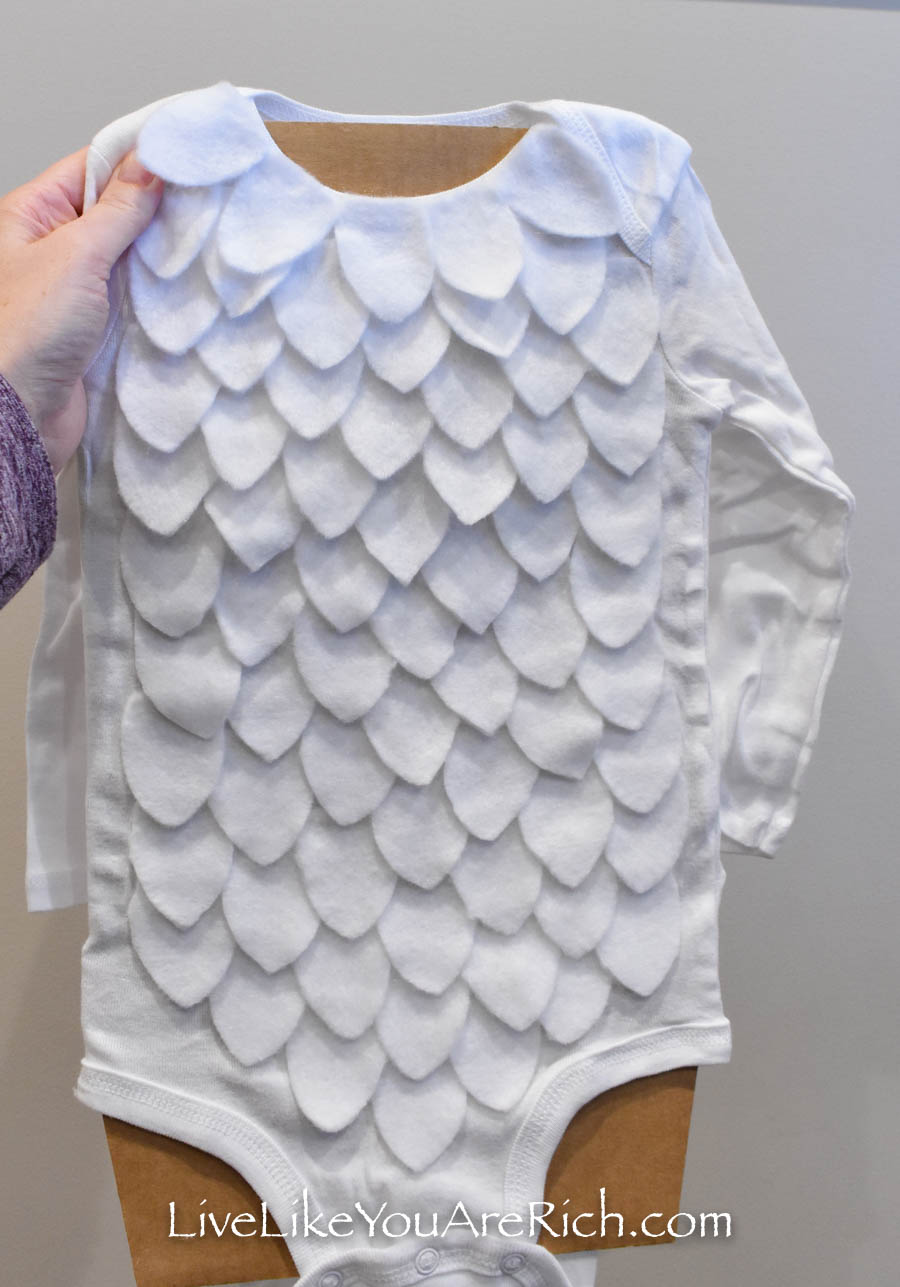 Repeat on the back of the onesie. 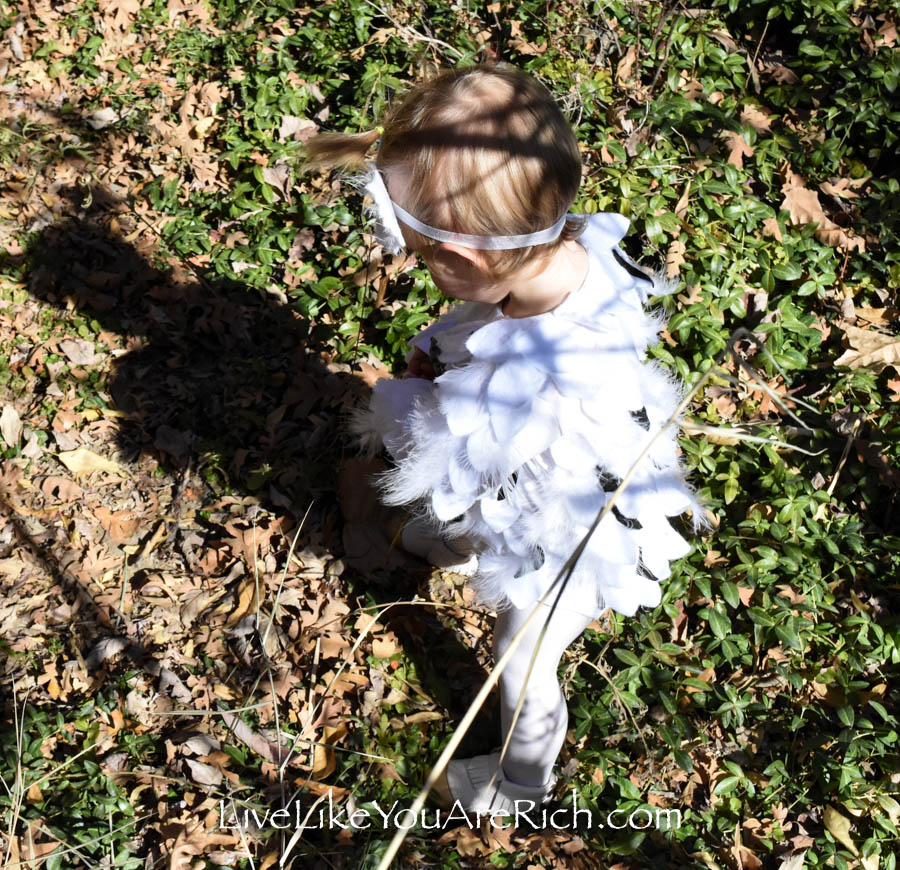 Place cardboard in the arms/sleeves and repeat this gluing pattern on the top part of the arm of the onesie. 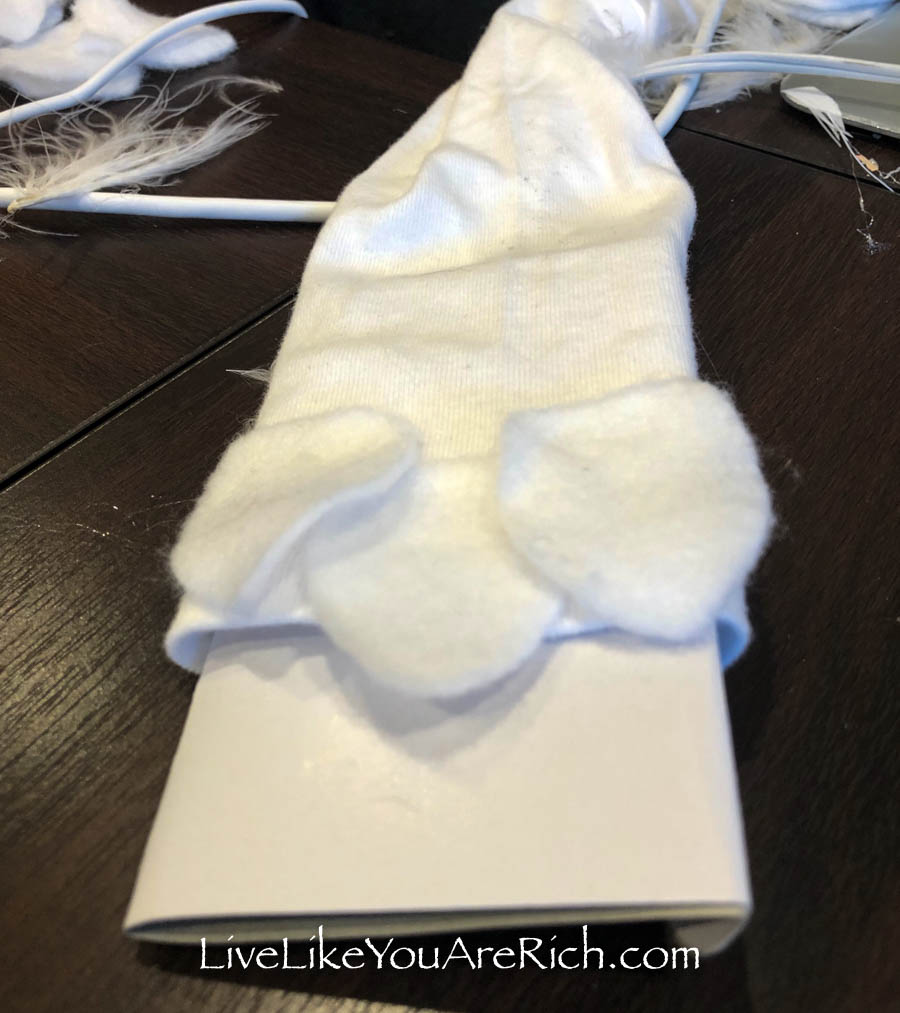 Glue the same pattern up to the neckline.

Next, cut out about 15 of the same size feathers in the black felt and cut those in half. Glue about 8 of the 1/2 feathers sporadically on the front and 8 on the back and a few on the arms of the costume.

This just adds a little bit of dimension to the costume. Plus, the real Hedwig owl in Harry Potter does have a few black spots. 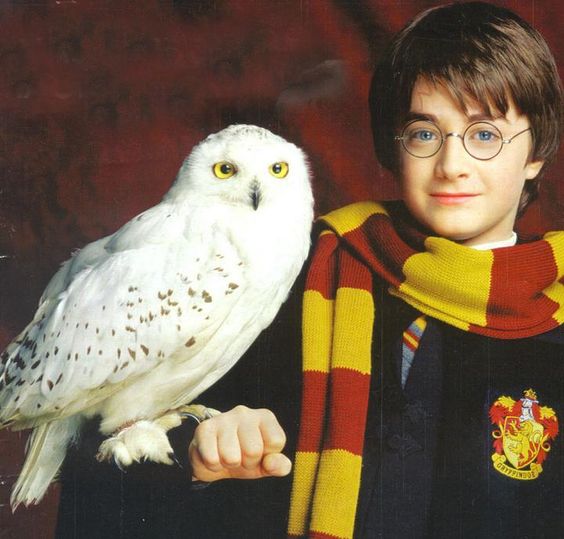 Once finished, glue bits of craft feathers randomly everywhere onto the costume. Important-since feathers can have pointy/pokey sharp ends, cut these off and/or glue only onto the felt pieces so your baby is not poked or itched by the feather ends. 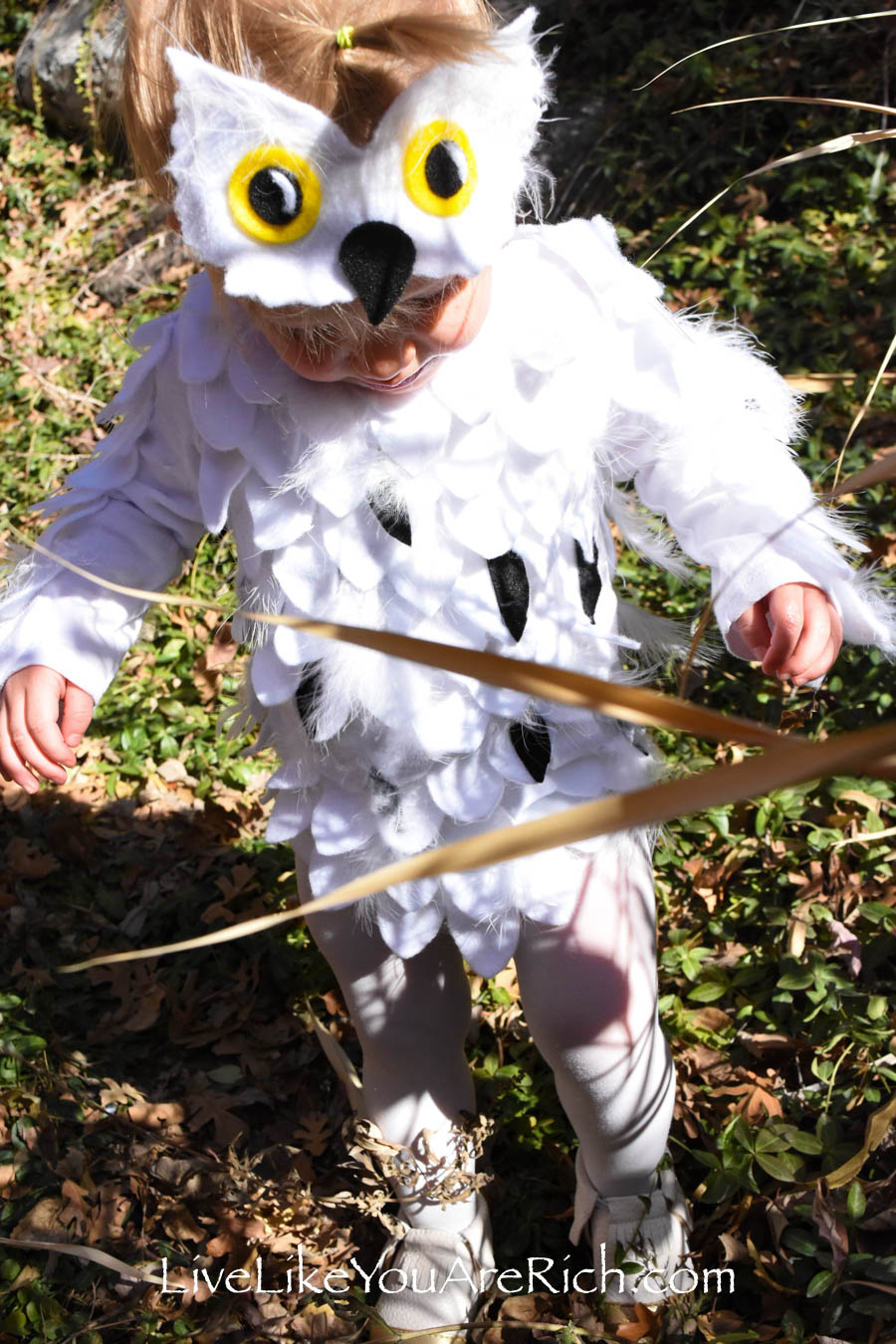 Cut out the mask design, layer, and glue it together. I added a little white in the black circles to look more like eyes. Next, add a few white feathers to the mask. 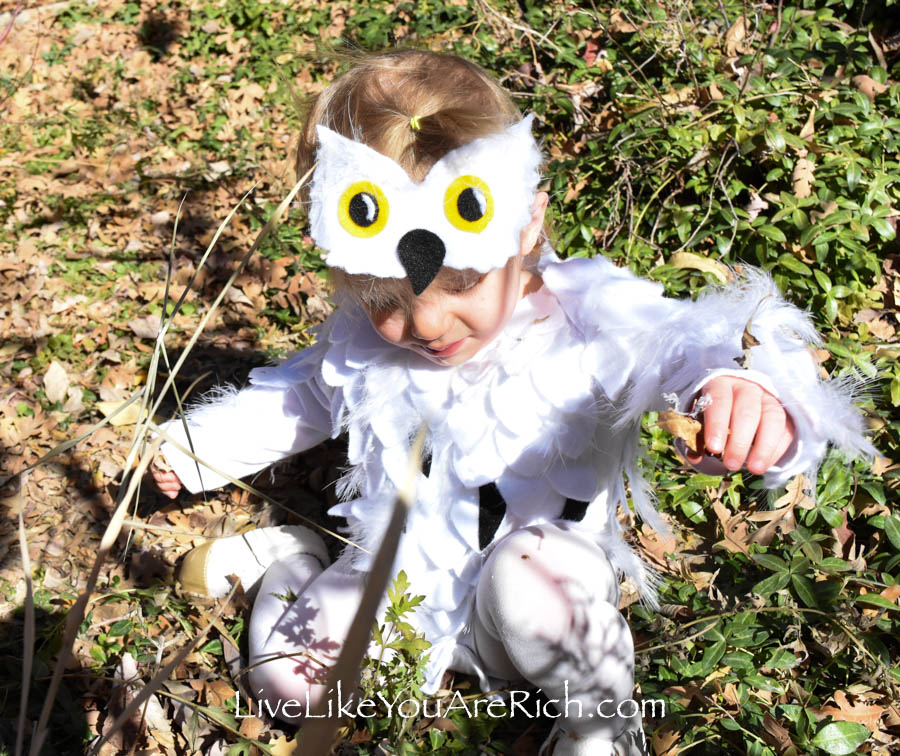 Glue the owl mask to the headband. I used a headband we already had. 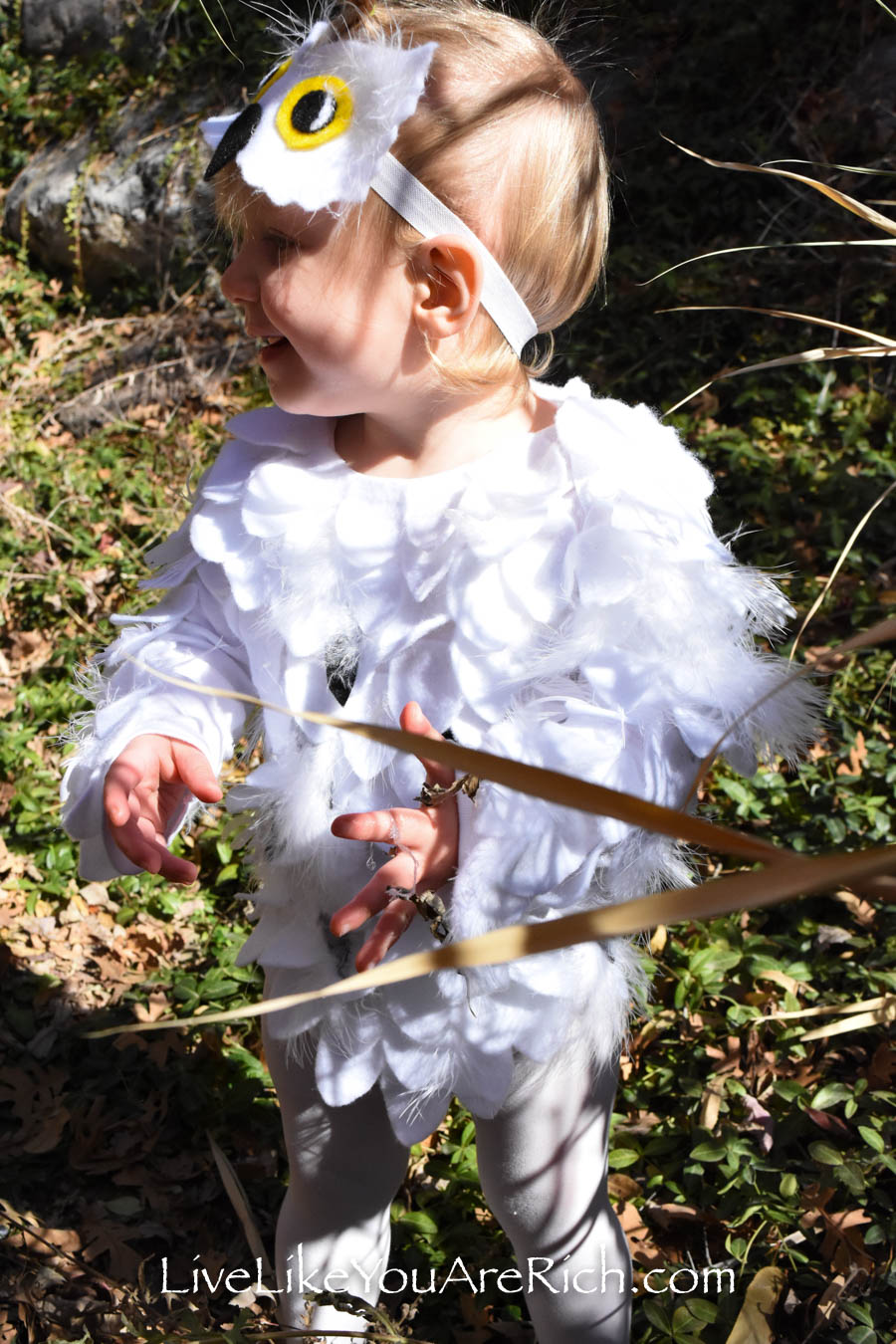 Put your baby in white tights or leggings, white shoes and/or socks. 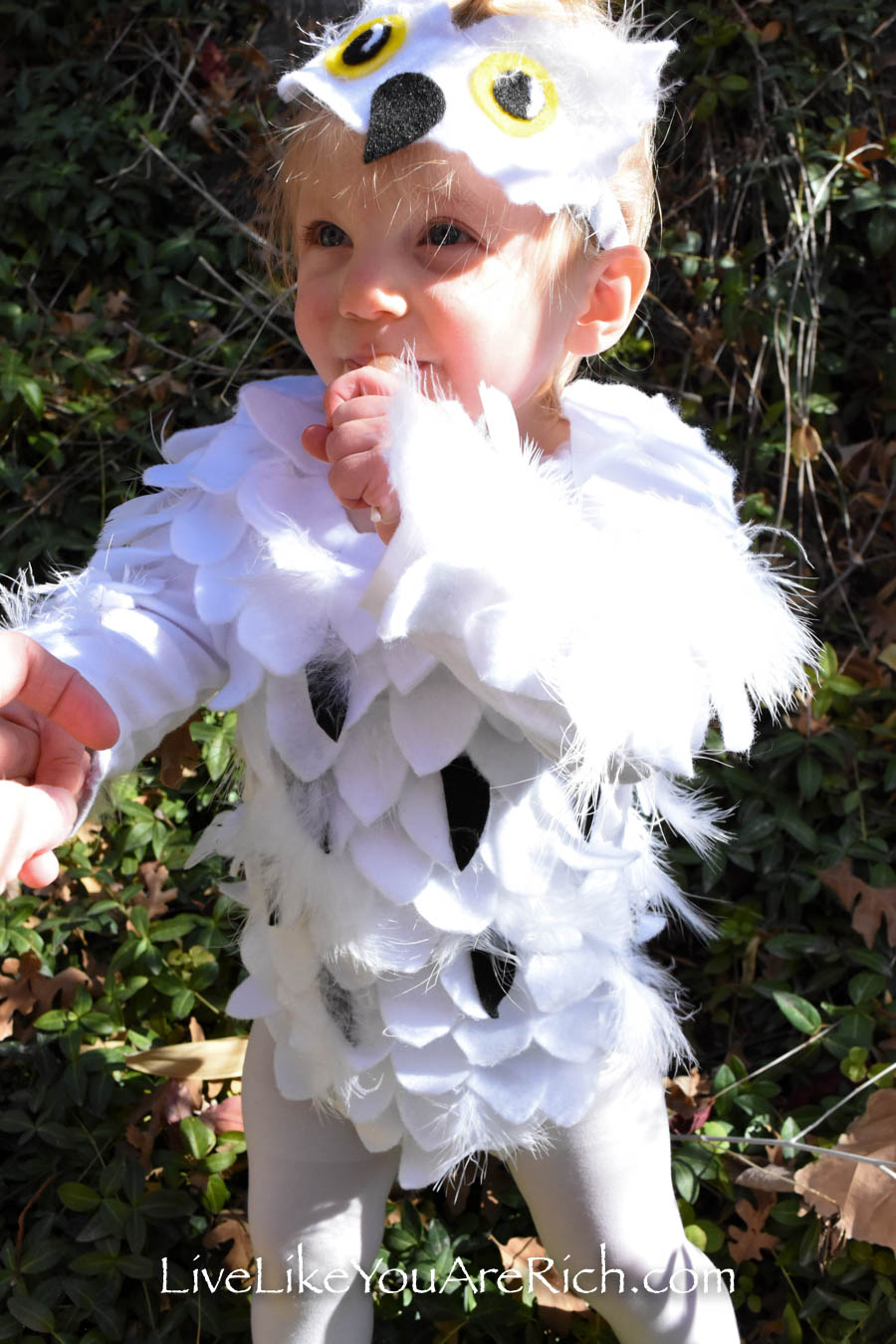 You are finished with this darling Hedwig No Sew Baby Costume. 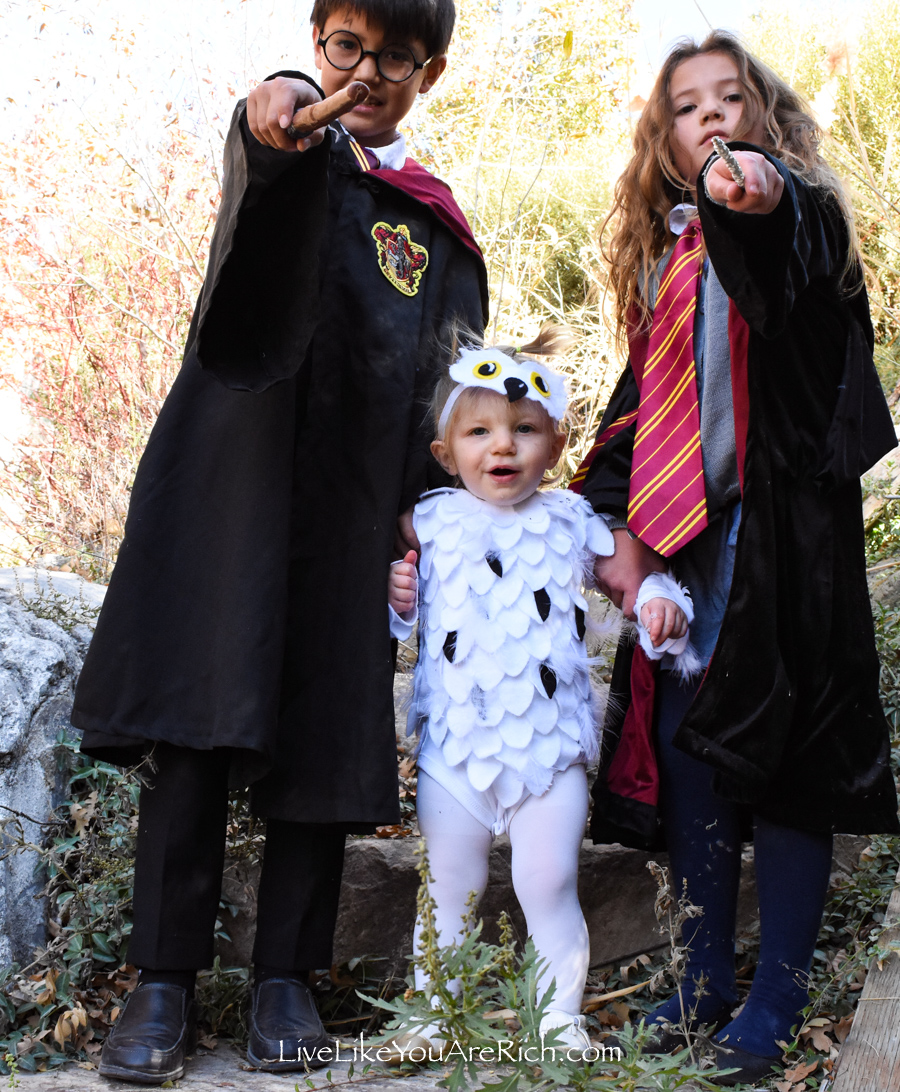 If you would like, you can also check out my Harry Potter costume list, Hermoine costume lists, and/or the photoshoot with the three together here.

I hope this helps you create a cute Hedwig no sew baby costume. 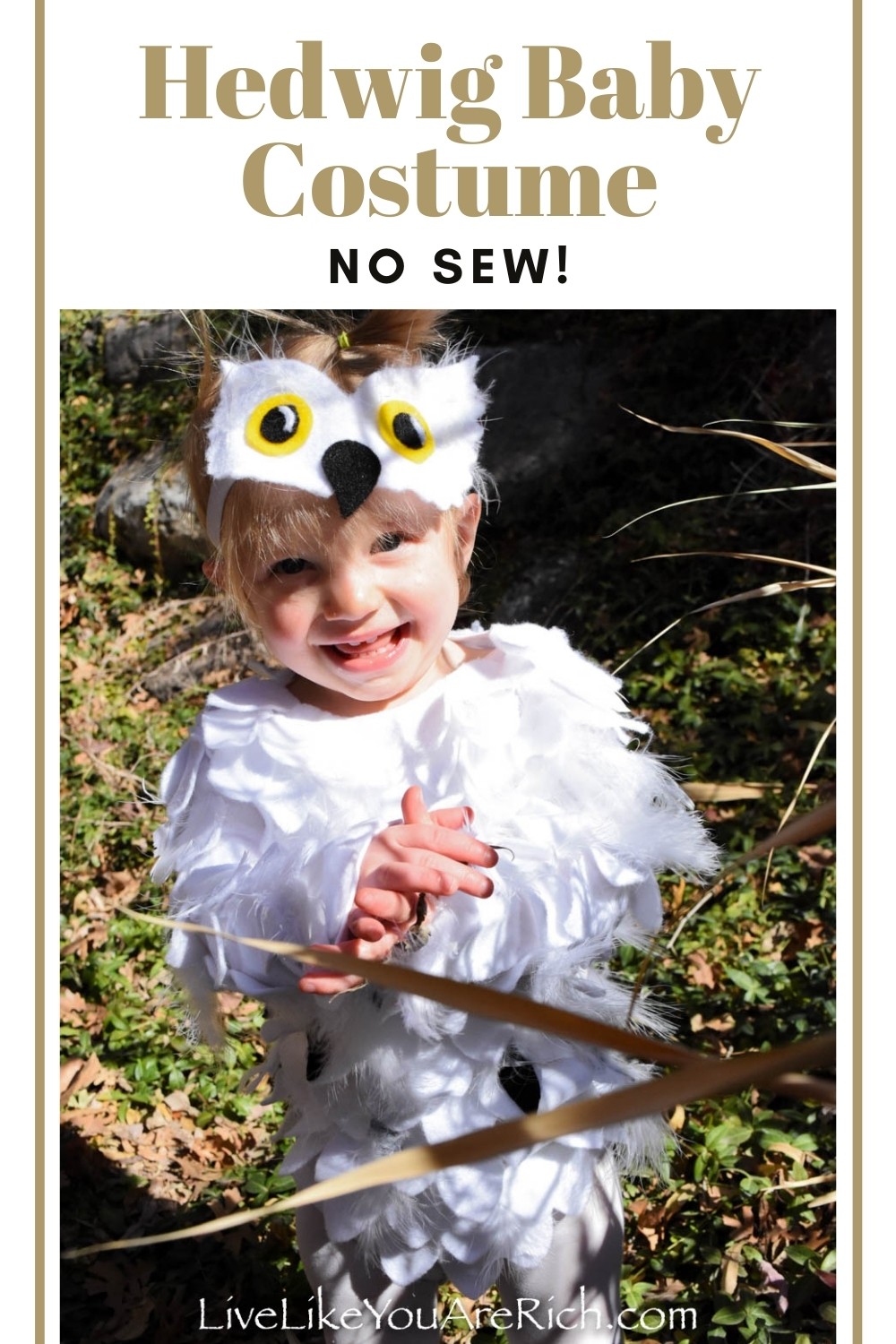