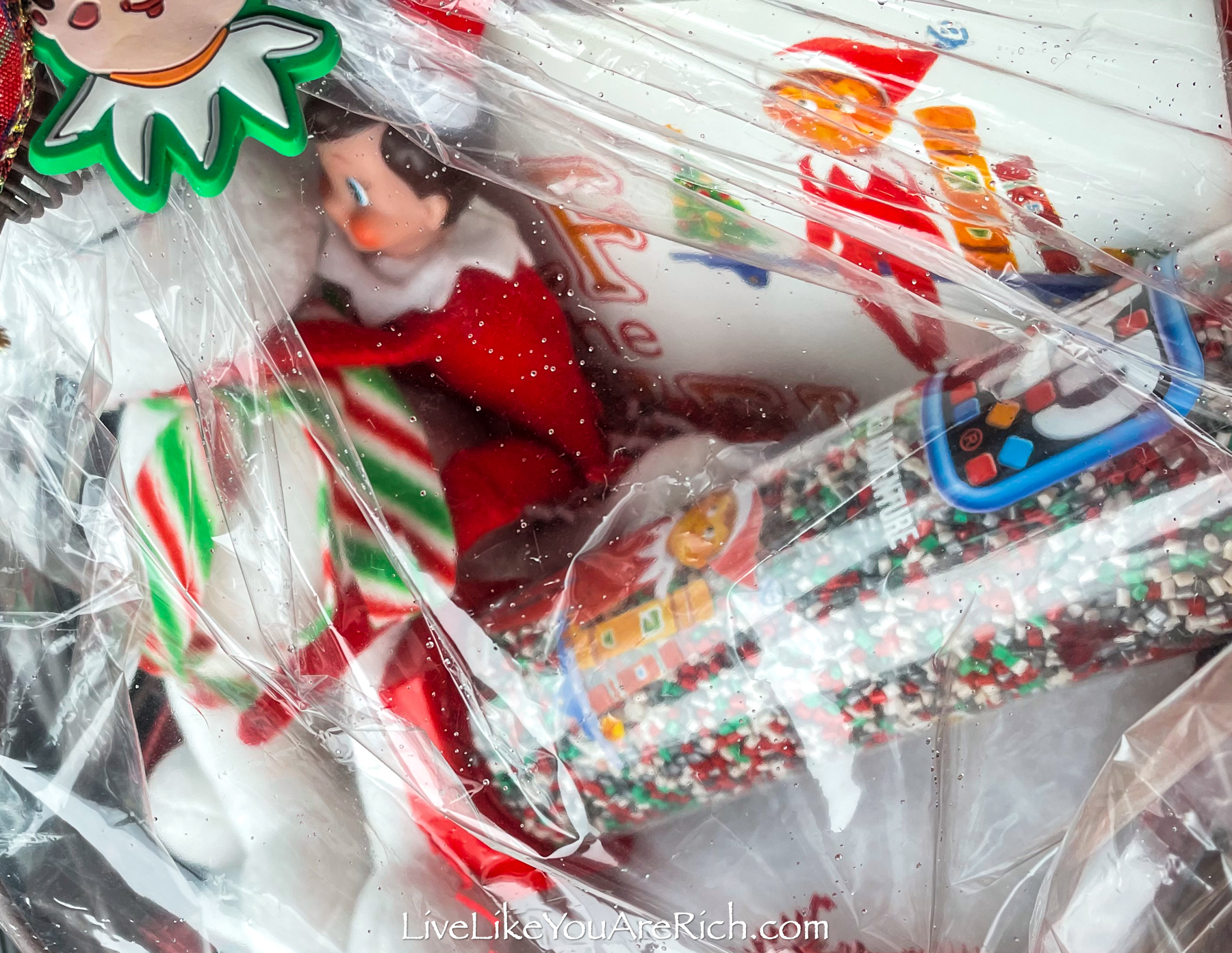 Our Elf on the Shelf, Pepper Mint arrived on our porch in this cute arrival basket.

The kids were beyond excited! They could not believe how fast Santa sent him— especially considering that it was just the day before that I filled out the, “Elf on the Shelf Acquisition form”.

Pepper came in a basket of fake snow, with a reindeer, Elf on the shelf book, Elf on the Shelf Find It toy and an elf keychain.

When my son opened our front door he was just so stoked to have received an Elf on the Shelf. My daughter, Aurora, was seriously beyond excited as well.

We read the book together and assigned him the name of Pepper with the last name of Mint. His reindeer we named Shotgun.

It was snowing outside so the cellophane got a little wet, but the contents inside were just fine. 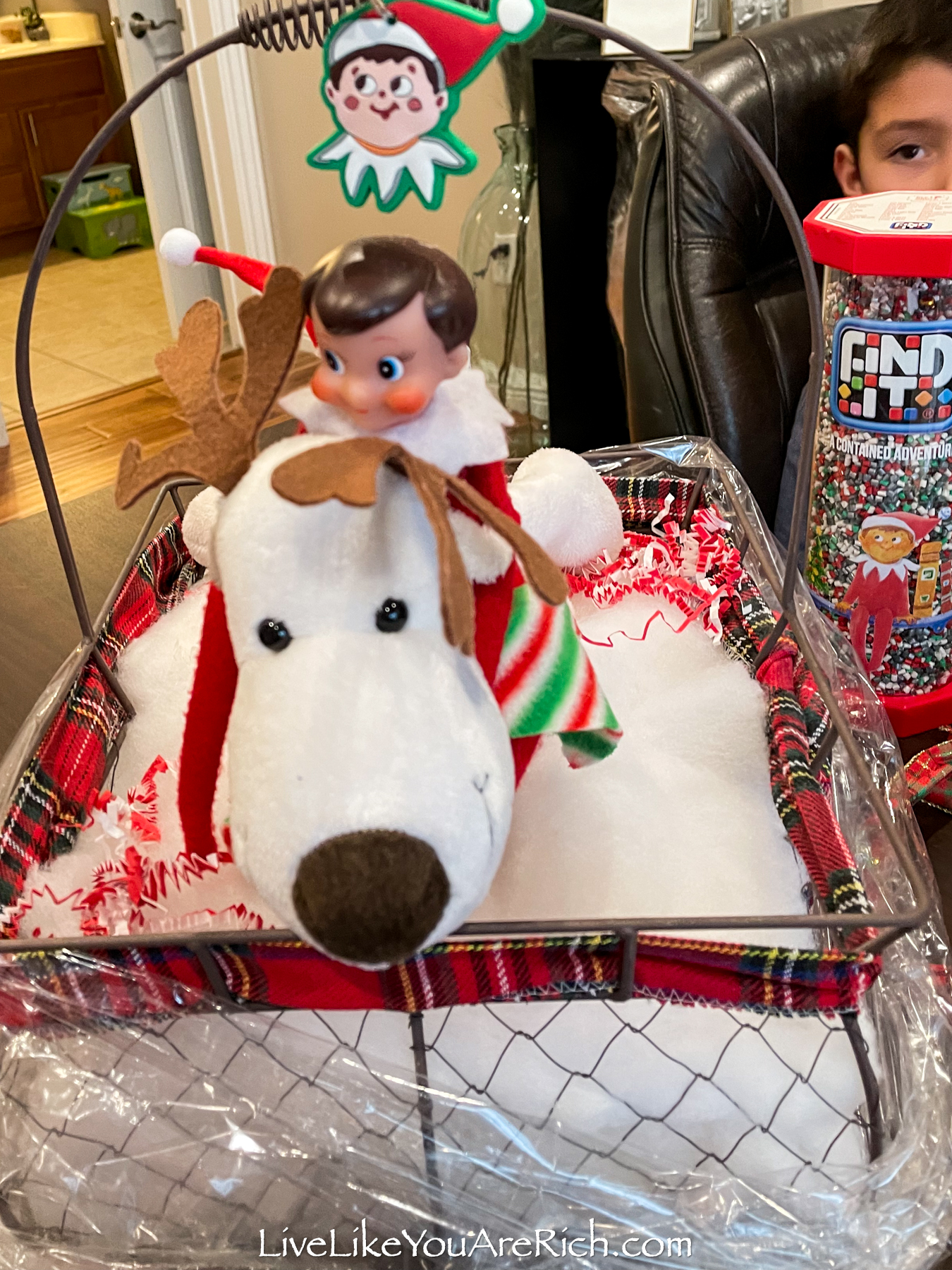 Supply List for the Elf on the Shelf: Surprise Arrival Basket

Elf on the Shelf and book

Elf on the Shelf Find It game ( If you’d like to buy this, try Ebay, Poshmark, Mercari) 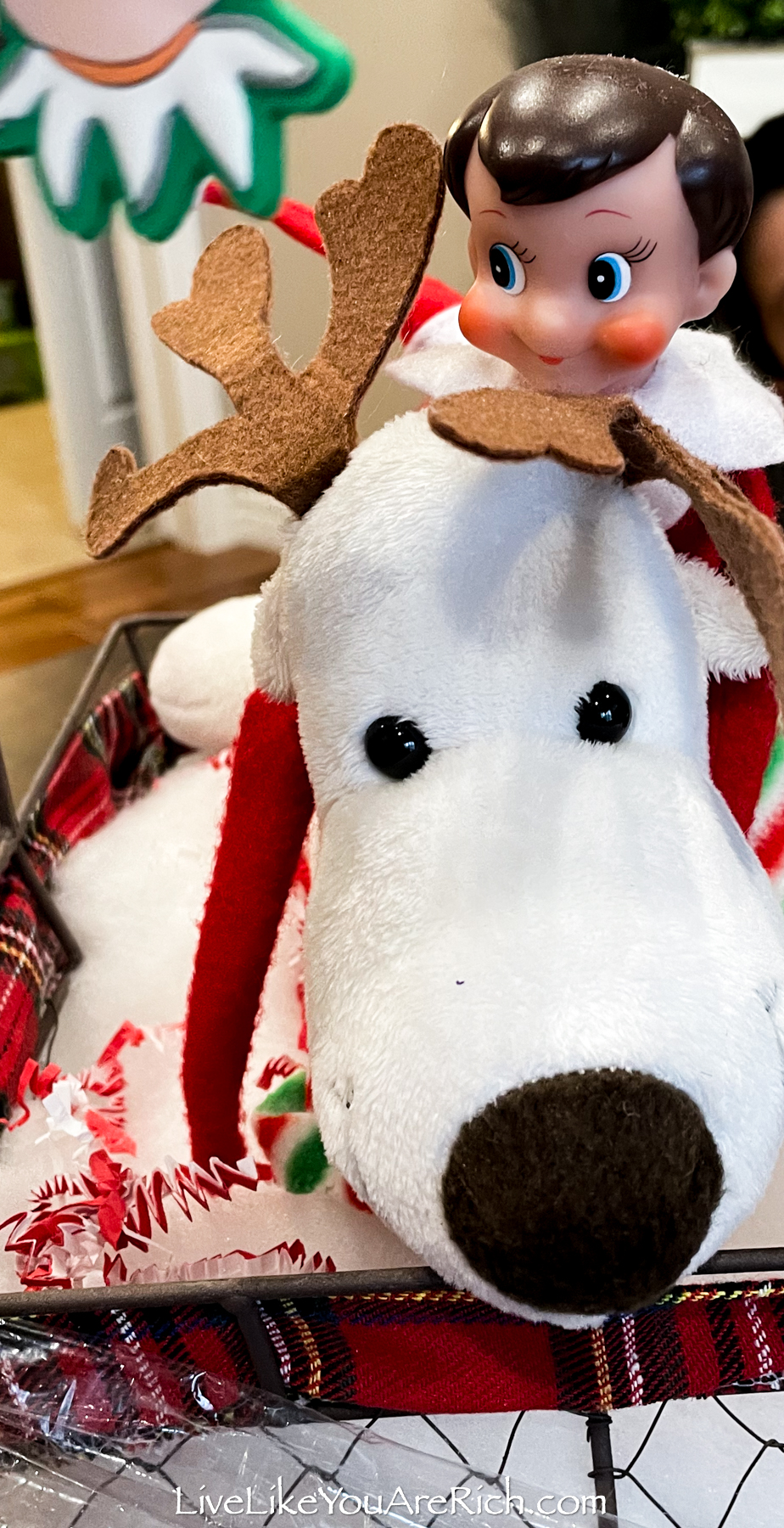 I explained to my children that when I filled out the acquisition form for our Elf on the Shelf, I checked the box that said he was welcome to use items in and around our home to make fun creative displays.

This helped my kids feel better about his taking items from their rooms and some of my things as well.

Pepper was pretty clever in how he used items from around the house. Most of the things he made or used came from inside our home.

There are only 18 displays posted because Pepper joined our family a little late in December this year.

We did not have an Elf on the Shelf until my daughter told us that she was sad that she was, “The only one in my first grade class without one.”

So, my husband and I filled out the Elf on the Shelf form and sent it to Santa at the North Pole that night.

The next day, the kids found Pepper in his Surprise Arrival Basket on our front doorstep.

Although I was seriously trying to avoid this tradition, when both of my older children conveyed how sad they were that we didn’t have one, I gave in. To my surprise, I ended up loving the creativity of these Elf on the Shelf displays and look forward to more next Christmas.

Check out his following creative displays Pepper made for us this year:

Elf on the Shelf: Tub

Elf on the Shelf: Do You Want to Build a Snowman?

Elf on the Shelf: Oh There’s No Place Like Home for the Holidays

Elf on the Shelf: Snowmobiling

Elf on the Shelf: Goin’ Fishin’ in the Dark

Elf on the Shelf: Balloon Basket

Elf on the Shelf: Goodnight Moon

Elf on the Shelf: One Horse Open Sleigh

Elf on the Shelf: Sledding on the Christmas Tree

Elf on the Shelf: He Sees You When You’re Cleaning

Elf on the Shelf: Mele Kalikimaka

Elf on the Shelf: Dollhouse Seek and Find (coming soon)

I hope these displays give you some fun ideas. 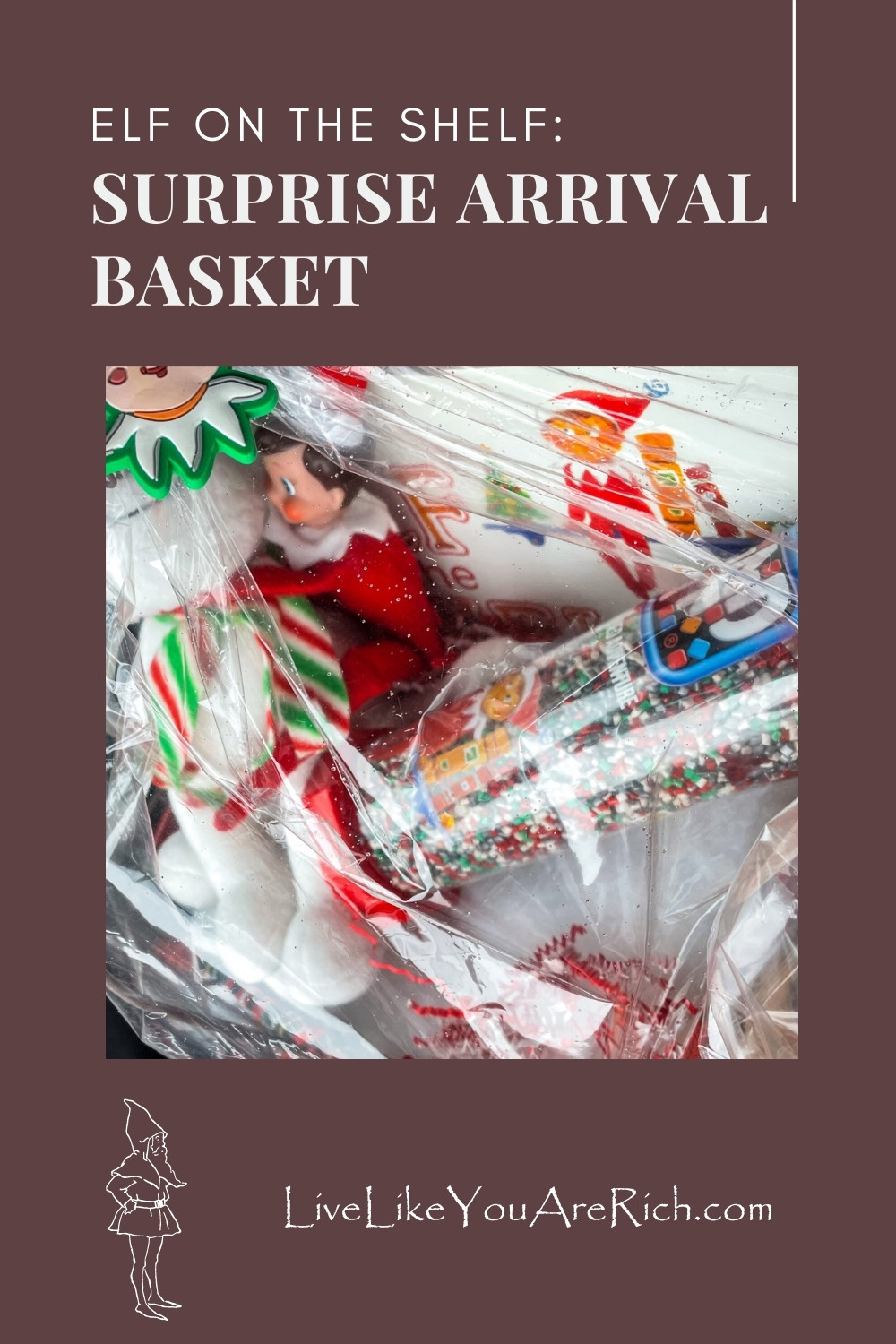